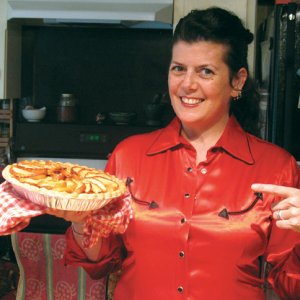 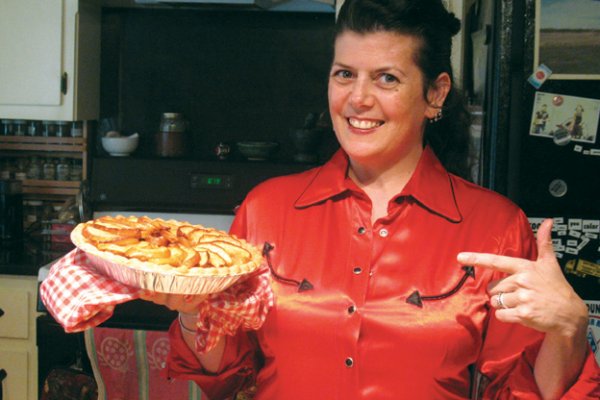 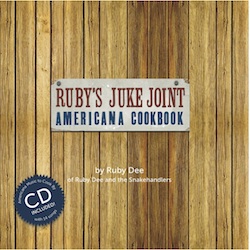 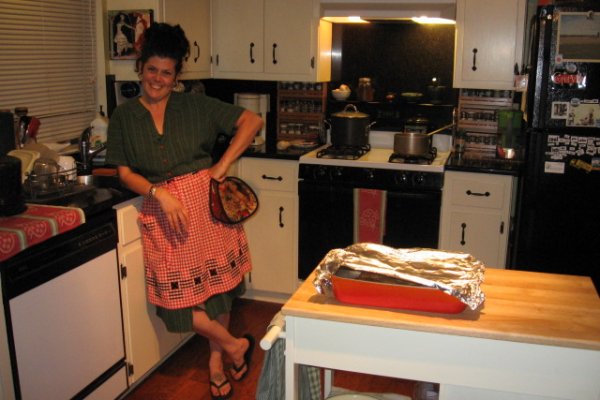 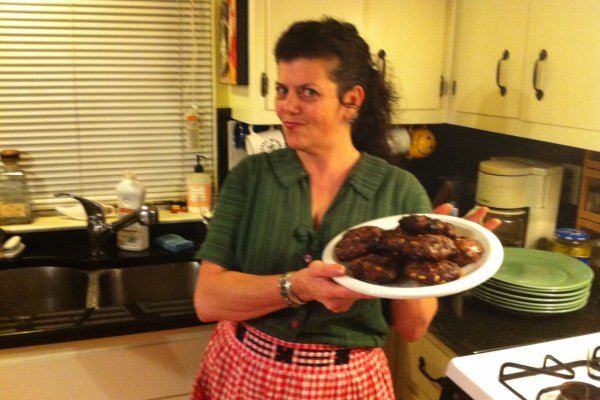 Ruby Dee, from the Grammy-nominated high-octane roots and rockabilly act Ruby Dee and the Snakehandlers, brings many years various life experiences along for the ride. Ruby grew up on both Northern California foothill ranches and the cotton and oil fields of the Texas panhandle. She enrolled in college at 15, and dropped out to hit the streets as a punk. Later, she spent years fishing in Alaska, driving big rigs, and then owned 3 highly-rated restaurants in Seattle, Washington, until she finally gave all that up to settle down back in Texas, where she is at long last furthering her career as a writer and singer/songwriter. These experiences are reflected in Ruby's writing style, and in the band's hopped up high-octane successes on stage and on the road.

Ruby's latest release, "Live From Austin Texas", out on Dionysus Records, is currently on the AMA and Texas Third Coast Music charts and has earned the band its first Grammy nomination for Best Americana Album. Her cookbook, "Ruby's Juke Joint Americana Cookbook", includes 120 original recipes and is accompanied by a CD of great Americana music to cook by, including original songs by Marti Brom, Two Hoots and a Holler, Rockin' Lloyd Tripp, Teri Joyce, Earl Poole Ball, and others, as well as a brand new song by Ruby for the CD: Home Cookin'.

Four years ago, Ruby was in a near-death motorcycle accident that left her with a moderately severe brain injury. The side affects are difficulty with language- accessing words- and becoming easily confused or distracted. Ruby began writing for cognitive therapy- with the resulting cookbook and successful radio show as proof that the plan worked!

Ruby's Kitchen Radio Show airs weekly on Saturdays from 5pm-5:30pm on over 800 stations around the world via internet and satellite radio. On the show, Ruby shares her thoughts about what's freshest and best, seasonally and locally. Every week there's a new recipe, opinions on food, beverages, music and more, a little music, and always something tasty. For more information, go to www.rubysjukejoint.com

Ruby's Juke Joint Americana Cookbook is filled with 120 original recipes & a CD of music to cook by- Americana cuisine is a mish-mash of different cultures & kitchens, brought together in one place or another all around this country, & given one simple way to describe the flavors you’ll find there—Americana. From northeast chowder to southwest chile, northwest smoked salmon to southern BBQ, the dishes & ingredients that go into them are all familiar, all-American, & certainly feel like home.

What Is Americana Cuisine?

A discussion of what makes up the genre of Americana Cuisine. Can include a cooking demonstration, panel discussion, Q&A, and performance by Ruby Dee and the Snakehandlers

Coming Back From The Edge

After a near death experience and resulting brain injury, Ruby experienced what all brain injury survivors go through- depression, mood swings, difficulty maneuvering in the world again. She began a series of self-prescribed cognitive exercises to help bring her back out of that depression & difficult time- and has found her way back to a positive outlook on what she has left in life that she is still capable of doing rather than what she lost & is incapable of doing any longer. There is enough!

500 to 2000 *Will consider certain engagements for no fee