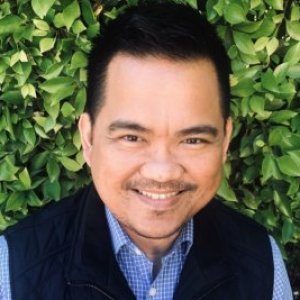 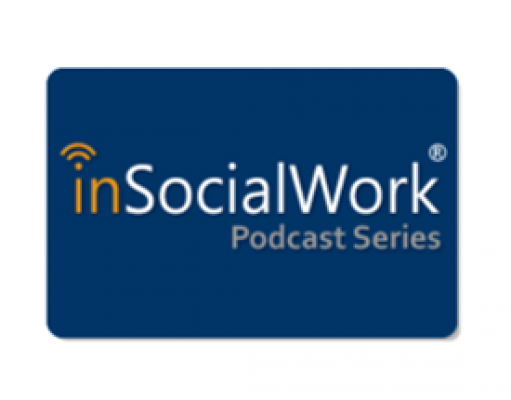 R. Bong Vergara is an Adjunct Assistant Professor at USC Suzanne Dworak-Peck School of Social Work. He primarily teaches courses in policy practice and applies social work solutions in the overlap between human and planetary health, particularly the nexus of food, energy, and water systems. He earned his undergraduate and graduate degrees from UCLA. He is currently a doctoral student at the University of Southern California Suzanne Dworak-Peck School of Social Work.

Through his for-profit and nonprofit projects, he promotes the social equity interests of resource-poor communities in the transition to a low-emission economy. As a team lead in the Climate Chain Coalition, he explores how blockchain technology could more effectively address the social welfare dimension of UN SDG implementation. He is passionate about a next-generation social work in the era of climate change and the Information Age; he currently leads a group of doctoral students in searching for use-cases for IoT, AI, VR/AR, and blockchain in social work. He partners with the Stakeholder Forum, recently collaborating with them in co-hosting and organizing a panel at the 3rd Annual Science, Technology, and Innovation (STI) Forum for the Multi-stakeholder Forum on Science, Technology, and Innovation for the Sustainable Development Goals held at the UN Headquarters in New York in June 2018.

He formerly taught at UCLA and The California Endowment Health Ex/Change Academy. From 2011 to 2015, he was the Co-Chair of the California Mental Health Services Act Multicultural Coalition (CMMC), a component of California Reducing Disparities Project. From 2008 to 2010, he developed and ran the “Safety Net of the Future” Initiative that served as the overarching initiative for a consortium of 24 health centers in Orange County, CA, earning him membership in then Congresswoman Loretta Sanchez's (D-47) Health Reform Advisory Task Force. From 2007 to 2010, he was one of eight policy trainers with The California Endowment Health ExChange Academy who led health policy trainings for health agencies across California, culminating in a focus group report he edited, which was later published by The California Endowment in 2011. He has published a number of policy briefs and agency reports on community health and presented briefings before national convenings and conferences, including the Subcommittee on Populations of the National Committee on Vital and Health Statistics.

For leading a voter engagement project I co-developed with community leaders, steadily turning it into a countywide, statewide from 1998-2000, and, ultimately, into national project for Filipino Americans in the 2000 Presidential election.

For developing the “SAFETY NET OF THE FUTURE” Initiative that served as the overarching initiative for a consortium of 24 health centers in Orange County, CA and forming the community-based policy and legislative advocacy network, “Task Force on Access, Affordability and Advocacy,” to organize and mobilize support for the Affordable Care Act, resulting in the largest delegation of Orange County physicians, medical directors, and health center executives lobbying the US Congress.

For 15+ years of professional leadership and service.

HUMANITY'S RELATIONSHIP WITH NATURE HAS BECOME FRACTURED, WITH CLIMATE CHANGE AS ONE CONSEQUENCE. HOW CAN WE CHANGE OUR THINKING TO OVERCOME THIS DIVIDE?

Understanding Climate Change as a Social Issue: How Research Can Help

“We see it perhaps most importantly as a social justice issue,” said Lawrence Palinkas, the Albert G. and Frances Lomas Feldman Professor of Social Policy and Health at the USC Suzanne Dworak-Peck School of Social Work. “Generally the people most affected by climate change tend to be the poor, older adults, children and families — populations that are typically the focus of social work practice.”

This inherent link between social work and climate change is at the heart of a new initiative Palinkas and other social work scholars, like Vergara, are leading as part of the Grand Challenges for Social Work.

The Sustainable Earth Decathlon (SED), a showcase of clean technology innovations from youth ages 13 to 26, is the brainchild of USC School of Social Work Adjunct Assistant Professor R. Bong Vergara, who sees a clear link between human and planetary health.

Along the lines of the American Academy of Social Work & Social Welfare’s Grand Challenge of creating social responses to a changing environment, Vergara created SED as a project-based learning opportunity for youth, especially those from climate-vulnerable communities, to engage in science, technology, engineering, arts and mathematics (STEAM) activities.

“I want to build young people’s sense of self belief so they can become innovators and produce solutions to wicked problems like climate change,” said Vergara, who recently was named one of Social Work Today’s 10 Dedicated and Deserving Social Workers.

Russell Vergara, an adjunct lecturer at the school, said that Rhodes brought depth and perspective to class discussions that challenged everyone in the room.

“He’s very inspiring,” Vergara said. “You can tell that despite his disability and the emotional baggage that came with it, he never lost his fighting spirit to keep going to the next step.”

TACK TO TECH: Framing a ‘technology practice’ in city-level decarbonization

Photovoice Oxnard: Exploring racism as a social determinant of health

As a contract provider with Ventura County Behavioral Health, Alcohol and Drug Programs, Prevention Services, I provide prevention planning, training and research support for addressing racial and ethnic disparities related to substance use risk. I coordinate the launch of community-based research entitled “PhotovoiceOxnard” to document ‘race and place’ as factors of substance use risk and health status.

Fiscal sponsor for ongoing search for use cases for IoT, AI, VR/AR, and blockchain in the eight health/human service and two development sectors that comprise the field of social work.

This course provides an understanding of U.S. social welfare policies and programs developed and implemented by all levels of government that seek to limit poverty, provide security and create opportunity for people, families and communities. Policies and advocacy efforts – past and present – will be explored and even joined in some of these subject areas.

This course provides context and preparation for social work practitioners on policy, macro practice, and leadership roles in communities and organizations serving children, youth, and families.