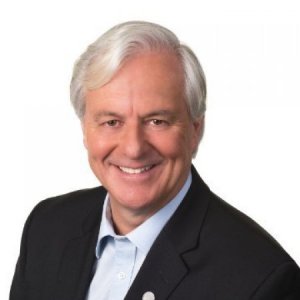 Russell is the Vice-President, Government Relations and Public Policy at Diabetes Canada. He is the former President of Innovative Medicines Canada (formerly Rx&D), an influential association of over 50 pharmaceutical companies, a leading voice of the innovative life science sector in Canada. His leadership included working with all governments at the Federal and Provincial levels, both at political and administrative levels, and he was involved in numerous task forces on pharmaceutical policy, and also participated in a number of key international coalitions focused on improving research, healthcare and ethics networks. Russell chaired the Code Compliance Network for the IFPMA, and since 2011, served as the primary private sector lead for the APEC biopharmaceutical ethics initiative, a group of 21 countries that developed international principles for business ethics. In 2015, he was named Industry Co-Chair of the APEC Biopharmaceutical Working Group on Ethics set up by the U.S. Department of Commerce to support the initiative. Prior to his appointment as President of Innovative Medicines Canada, Russell served as the Member of the Quebec National Assembly for the riding of Nelligan. He was, and continues to be, a well-known champion and advocate for many causes which include better patient care, improved emergency services, increased research and development, individual rights, as well as reform for handicapped services. In addition to his CFN leadership, Russell is the National Chair of the Champions Council for the Canadian Hospice Palliative Care Association (CHPCA) and a Member of the Board of Life Sciences Ontario (LSO). In January 2014, he received the Quality End-of-Life Care Coalition of Canada (QELCCC) Award of Excellence in Advocacy for his tireless advocacy for hospice palliative care. He is also well known for his championship of Canadian health research, and this commitment was honoured in November of 2014 when he was received the inaugural Research Canada Leadership Award. Ethics and integrity in the pharmaceutical and medical fields have always been a passion of Russell's, and in November of 2016, Innovative Medicines Canada and Queen’s University announced the creation of the Russell Williams Studentship in Medical Ethics in his honour.

Canada Still Has A Chance To Reverse Its Diabetes Epidemic

Earlier this year I retired after a dozen years as president of Innovative Medicines Canada. Shortly after I took an assignment with the Canadian Diabetes Association and the opportunity to work on what is one of Canada's largest and most perplexing challenges: our diabetes epidemic...