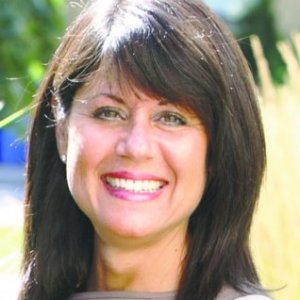 Dr. Ruth Panofsky is Professor of English and also teaches in the Joint Graduate Program in Communication and Culture. She is affiliated with Ryerson University’s Modern Literature and Culture Centre (as a Research Associate) and Centre for Digital Humanities (as a member). Dr. Panofsky is also a member of Editing Modernism in Canada, an international collaborative project housed in Dalhousie University’s Department of English, and editor of Parchment: Contemporary Canadian Jewish Writing.

Ruth Panofsky is a Fellow of Massey College, University of Toronto and has served as visiting professor of creative writing at Philipps-Universität Marburg, Germany. She has received fellowships and grants from the Social Sciences and Humanities Research Council of Canada, the Canada Council for the Arts, the Ontario Arts Council, the Bibliographical Society of America, and the Bibliographical Society of Canada. In 2008, she received the Helen and Stan Vine Canadian Jewish Book Award for Poetry.

Ruth Panofsky's critical edition of the collected poetry of Miriam Waddington was published in 2014 by University of Ottawa Press and won the 2015 PROSE Award for Literature, a 2015 Canadian Jewish Literary Award, and a 2016 J. I. Segal Award. Her current SSHRC-funded project is a study of women in English-language book publishing in Canada, 1930-2000. Dr. Panofsky has published widely in the field of book history and print culture in Canada. In addition to scholarly works, she has published two books of poetry; her articles, book reviews, and poems have appeared in scholarly periodicals, literary journals, and major Canadian newspapers.

J. I. Segal Award for The Collected Poems of Miriam Waddington: A Critical Edition (University of Ottawa Press)

Yiddish Award for The Collected Poems of Miriam Waddington: A Critical Edition (University of Ottawa Press).

Literature Award for The Collected Poems of Miriam Waddington: A Critical Edition (University of Ottawa Press)

Poetry Award for Laike and Nahum: A Poem in Two Voices (Inanna Publications)

Dr. Ruth Panofsky: The Story behind The Collected Poems of Miriam Waddington

Federation for the Humanities and Social Sciences  online

Dr. Ruth Panofsky is Professor of English and also teaches in the Joint Graduate Program in Communication and Culture at Ryerson University. Her Collected Poems of Miriam Waddington, supported by the Awards to Scholarly Publications Program (ASPP), has recently earned the prestigious PROSE Award in literature. We would like to thank Dr. Panofsky for sharing her experience working on this project of great and enduring value for Canadian literature.

For Canadian academic Ruth Panofsky, who has published widely in the field of print culture and book history, the Macmillan Company of Canada seemed like an irresistible topic. “Along with Ryerson Press and McClelland and Stewart, Macmillan was instrumental in shaping Canada’s literary culture of the last century,” said Panofsky, a professor in the department of English and the joint graduate program in communication and culture at Ryerson University in Toronto. “But Macmillan also encouraged countless Canadian authors and helped establish a publishing industry for Canada.” Thanks to her previous research on Canadian novelists Mazo de la Roche and Adele Wiseman, both of whom were Macmillan authors, she came to realize that the men and women who managed the company through its history were as interesting and dynamic as the authors themselves. And so Panofsky, an expert on Wiseman, decided to write The Literary Legacy of the Macmillan Company of Canada: Making Books and Mapping Culture, which was published recently. Panofsky’s interest in print culture and book history developed in graduate school at York University, where she specialized in Canadian literature and wrote her doctoral dissertation on Thomas Chandler Haliburton (1796-1865), Canada’s first internationally recognized author. Panofsky’s thesis was on Haliburton’s The Clockmaker, a series of sketches that established him as an international celebrity. “Remarkably, in its day, The Clockmaker was as popular as the work of Charles Dickens. But today its overt racism and misogynism makes it difficult to read,” she said. 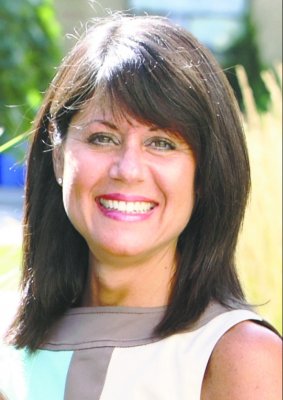 Prof. Ruth Panofsky: On the History, and Collecting of, Macmillan Company of Canada

Ruth Panofsky is Professor of English at Ryerson University in Toronto where she specializes in Canadian Literature and Culture, focusing on Canadian authorship and publishing history. She is the author of The Force of Vocation: The Literary Career of Adele Wiseman and is currently preparing a SSHRC-funded history of the Macmillan Company of Canada, 1905-1986. We met this past summer in Toronto to talk about Macmillan, its history and some of the more important books and authors it has published. This interview is part of our Book Publisher Series which focuses on the histories of important British, American and Canadian publishing houses, and how best to go about collecting their works.

The author herself confessed as much in an interview with Ryerson English professor Ruth Panofsky, published in the 2008 book, At Odds in the World, Essays on Jewish Canadian Women Writers . Talking about Basic Black , Weinzweig said, "I did not write the novel to satisfy readers' expectations. It reflects my desire to belong to [a]bourgeois, nuclear family. The inherent conflict was to want it and to despise it." According to Panofsky, the central thrust of Weinzweig's stories is "her belief in the paradox that tragedy always lurks beneath the comfortable and conventional surface of everyday life."

Aid to Research Workshops and Conferences in Canada Grant

A History of the Macmillan Company of Canada

2005, for research into the Macmillan Company of Canada

2005, for research into the Macmillan Company of Canada

The Force of Vocation: The Literary Career of Adele Wiseman

1990, for bibliographical research into Thomas Chandler Haliburton’s The Clockmaker

1989, for bibliographical research into Thomas Chandler Haliburton's The Clockmaker

Women in Judaism: A Multidisciplinary Journal

This essay analyses Chava Rosenfarb’s Bergen-Belsen diary as a work of life writing that pays meticulous attention to details of voice, craft, and narrative development. Suffering gave her a subject and Rosenfarb turned to the diary as a means of recording and coming to terms with a life irrevocably altered by tremendous loss. That artistry shaped a work produced in the immediate aftermath of the Holocaust confirms that Rosenfarb was first and always a writer. Moreover, that her writerly persona—not her actual person—emerged intact and mature from the unmitigated trauma of the death camp is evidence that writing was a source of solace and hope that helped carry her through to survival.

"I am being taught by my own work": Editor Claire Pratt of McClelland and Stewart

This essay studies the career of Claire Pratt (1921–1995), who was at the vanguard of mid-twentieth century Canadian publishing. Pratt was one of the first women to enter Canada's book trade as a professional editor. At McClelland and Stewart, where she was senior editor from 1956 to 1965, Pratt made her most significant contribution to Canadian literary culture. She worked collegially with Jack McClelland, the charismatic head of the firm, and experienced firsthand the challenges and rewards of Canadian literary publishing. She also worked closely with English professor Malcolm Ross, who served as general editor of the firm’s paperback reprint series New Canadian Library, and directly with some of Canada’s most prominent writers, including parliamentarian Stanley Knowles, journalist Peter C. Newman, historian W.L. Morton, novelists Henry Kreisel and Margaret Laurence, and poet Irving Layton.

Does Publishing History Repeat Itself?: From Macmillan to M&S

Ruth Panofsky, author of The Literary Legacy of the Macmillan Company of Canada: Making Books and Mapping Culture, discusses the news of Random House of Canada’s acquisition of McClelland and Stewart.

A flagship Canadian publisher, the Macmillan Company of Canada was a crucial catalyst in the shaping of Canada’s literary heritage from 1905 to 1986. Macmillan championed leading Canadian authors including Stephen Leacock, Mazo de la Roche, Grey Owl, W.O. Mitchell, Adele Wiseman, and many others. The company also launched some of Canada’s enduring classics, such as Donald Creighton’s John A. Macdonald (1952, 1955), Ethel Wilson’s Swamp Angel (1954), Hugh MacLennan’s The Watch That Ends the Night (1958), and Dennis Lee’s Alligator Pie (1974).

"The skeleton in every publisher’s house": Readers Vivian Holland, Elizabeth Sturges, and Gladys Neale of the Macmillan Company of Canada

Although relatively few readers’ reports remain in the vast Macmillan Company of Canada archive housed at McMaster University in Hamilton, Ontario, it is possible to extrapolate from a cache of extant reports an understanding of editorial practices undertaken by Macmillan readers – the majority of whom were women – during the 1950s and 1960s. Three of those women – Vivian Holland, Elizabeth Sturges, and Gladys Neale – were instrumental in shaping the house identity and reputation of Macmillan.

"Head of the publishing side of the business": Ellen Elliott of the Macmillan Company of Canada

This essay is the first to study Ellen Elliott's twenty-seven year career at the Macmillan Company of Canada as company secretary and director throughout the Second World War. Elliott was among the first women to hold a senior position in Canadian publishing. She helped consolidate the growth of Macmillan from a branch-plant operation to a mature publishing house and worked closely with writers Irene Baird, Audrey Alexandra Brown, Mona Gould, Frederick Philip Grove, W.O. Mitchell, P.K. Page, and E.J. Pratt.

"A Press with Such Traditions": Oxford University Press of Canada

Over the past one hundred years, and especially in the period following the Second World War when it was instrumental in developing Canadian letters and in shaping the culture of Canada, Oxford University Press Canada has retained the British tradition of publishing useful, important, and attractive books. As this essay shows, Oxford Canada developed as a largely autonomous branch of its parent company in England. Moreover, having weathered the vagaries of economic uncertainty that always have characterized the publishing industry in this country, Oxford remains committed to the production of Canadian books that reflect the "dignity of the business."

The Publication of Thomas Chandler Haliburton’s The Clockmaker, 3rd Series

With the success of The Clockmaker; or The Sayings and Doings of Samuel Slick, of Slickville, first and second series, Thomas Chandler Haliburton grew confident in his professional relationship with Richard Bentley, his British publisher, and secure in his international audience. This new assurance in his role as author shaped the events which led to the publication of The Clockmaker, third series (1840). It accounted largely for his continued popularity, as well as for his disingenuous treatment of Joseph Howe, Haliburton's colonial publisher whom he maligned in his text and in their professional negotiations. As was the case with the previous series, Howe suffered humiliation and financial loss in connection with The Clockmaker, third series. Haliburton's increased confidence forms a significant subtext throughout this examination of the latter part of the publishing history of The Clockmaker.