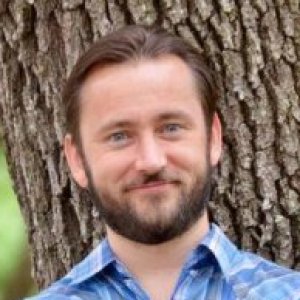 
Ryan Klein studies how trees in urban areas are affected by hurricanes and the risks these damaged trees pose to property and residents.

Ryan Klein studies how trees in urban areas are affected by hurricanes and the risks these damaged trees pose to property and residents. He can address questions about the multitude of variables (i.e., species, defects, site conditions, previous management, wind speed, precipitation, etc.) that can cause trees to fail during hurricanes and other intense storms, as well as questions about when trees can be saved or should be removed.

UF helps you prevent a tree falling; when to call an expert

Researchers asked experts to rate the size of the tree and the likelihood of tree parts falling and causing damage, characterizing them as "Negligible," "Minor," "Significant," or "Severe." That rating would show how likely a branch is to hurt people and/or property when it falls. UF scientists found the experts rated the trees with 75% accuracy. “Currently, tree-risk assessments can vary between assessors," said Dr. Ryan Klein, UF Assistant Professor of Arboriculture.

Timmmberrr! … University Of Florida Experts Try To Take Subjectivity Out Of Tree-Falling Assessments

“All trees near people and property pose some level of risk, should all or parts of them fall,” said Klein, an assistant professor of environmental horticulture at the UF Institute of Food and Agricultural Sciences. “When tree-care professionals assess the risk associated with trees, they commonly evaluate the likelihood of the tree failing and the associated consequences.”

Assessing the Consequences of Tree Failure

2021 Arborists, urban foresters, and other tree care professionals commonly use visual risk assessment methods to evaluate tree safety. Most methods used by professionals have three main inputs: likelihood of impact, likelihood of failure, and consequences of failure. In assessing the latter, the size of the tree part expected to fail and its fall distance are key aspects of determining potential damage to nearby targets. As such, accurately rating consequences of failure requires both an ability to estimate sizes and fall distances from afar and an ability to interpret how this information relates to target impact. In this study, we assessed how arborists with different levels of experience and training visually rated consequences of failure for human and vehicular targets given their visual estimations of limb size and fall distance. A total of 87 arborists participated in this study designed to assess sources of variation in consequences of failure ratings. Findings from this work suggest that arborists are fairly accurate in estimating branch size based on diameter. When asked to rate consequences of failure for various diameter branches, the majority of arborists selected “significant” to “severe” for stems equal to or greater than 29.2 cm (11.5 inches) when the target was a pedestrian. For vehicular targets, this threshold was 69.2 cm (27.2 inches).

2020 Visual risk assessment remains the primary means of gauging urban tree safety and is a key facet of storm preparation and response. While past research has investigated the reproducibility of risk assessment methodologies (i.e., precision), few, if any, studies truly address the accuracy of current inspection practices – especially with regard to the characterization of likelihood of failure. In 2016, Hurricane Matthew made landfall in the Southeastern United States as a lower-intensity tropical storm, impacting several urban sites where tree risk assessments had been conducted in the recent past. After the storm, 2069 trees on 5 properties were revisited to assess storm damage. The vast majority (93%) of trees survived Matthew intact, with 6% of the assessed population suffering partial (i.e., branch) failure and the remaining 1% experiencing whole-tree failure. Failure rates differed by species, with age, and given the presence of external defects. The presence of dead branches (P-value < 0.001), deep planting (P-value < 0.001), severe stem-girdling roots (P-value = 0.020), and previous wounding (P-value = 0.016) were associated with increased likelihood of failure.

2020 Trees in residential landscapes provide many benefits, but can injure persons and damage property when they fail. In hurricane-prone regions like Florida, USA, the regular occurrence of hurricanes has provided an opportunity to assess factors that influence the likelihood of wind-induced tree failure and develop species failure profiles. We assessed open-grown trees in Naples, Florida, following the passage of Hurricane Irma in September 2017 to determine the effect of relevant factors on the degree of damage sustained by individual trees. Of 4034 assessed individuals (n = 15 species), 74% sustained no damage, 4% sustained only minor damage (i.e., minimal corrective pruning needed), 6% sustained significant damage (i.e., major corrective pruning needed), and 15% were whole-tree failures (i.e., overturned trees or trees requiring removal). The proportion of individuals in each damage category varied among species, stem diameter at 1.4 m above ground, and the presence of utility lines, which was a proxy for maintenance. We compared our results with the findings of seven previous hurricanes in the region to explore species’ resilience in hurricanes.

Relationship between perceived and actual occupancy rates in urban settings

2016 Arborists and tree care professionals assess tree risk by considering likelihood of impacting a target, likelihood of failure, and consequence of failure (should a target be impacted). For basic risk assessments, these three factors are typically assessed qualitatively using visual cues, though it is possible to quantify target occupancy (as it relates to the likelihood of impacting a target) using traffic monitoring equipment. For this study, 115 arborists were surveyed to see if their visual assessments of occupancy (based on videos filmed during different seasons and time of day) correlated with the actual measured occupancy counts recorded at four different locations. While there was a significant relationship between visual target occupancy ratings and actual occupancy, ratings were improved when traffic counter data was provided. Additionally, 70% of respondents considered traffic counters a worthwhile investment as they believed they could increase the accuracy of target occupancy assessments.