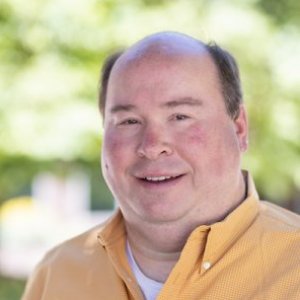 
Specializing in U.S. history, cultural history, and the beginnings of Utah's National Parks.

Ryan Paul is a lecturer of history at Southern Utah University. Previous to his time at SUU, Paul was the museum curator for the Frontier Homestead State Park in Cedar City, Utah.

Paul is the author of Celebrate 50 Years: Utah Shakespeare Festival and the upcoming Singaway, a book about the Utah Parks Company. He has written five documentary films, lectured across the State as a Utah Humanities Council Road Scholar, served as President of the Utah Museums Association, and created a number of museum exhibits.

He is a devotee of all things Elvis, Dr. Who, and DC Comics. He is married to Kami, has one son who is a genius, one daughter who is equally brilliant, and recently welcomed a second daughter who has more hair than he does. Endless Opportunities for Graduates With a Degree in History 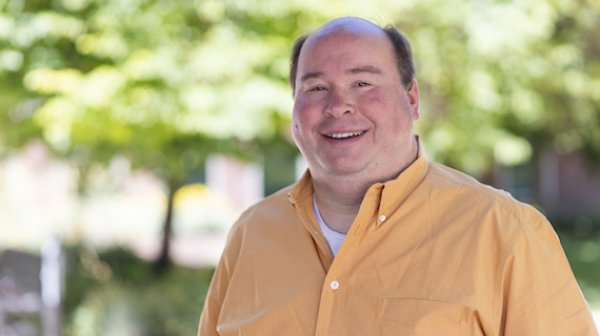 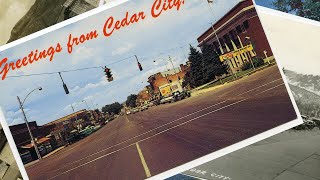 Employee of the Year

In this episode of Speak Your Piece, authors Ryan Paul and Janet Seegmiller, tell the story of the estimated 40,000 high school and college age students, who spent their summers working for UPC.

APEX Events was pleased to host Ryan Paul and Wyett Ihler, hosts of the YouTube series, “Main Street Minutes,” to our university to share with our community the wonderful history and little-known facts about our beloved Cedar City.

Local historian Ryan Paul noted the new mural is a representation of a giant billboard that once graced the main station at Lund that used to greet railroad travelers as they arrived in town.

Despite brimming optimism, the church’s first try at iron production right after the first settlers arrived in Cedar City didn’t go very well. By 1858, it closed, not having produced iron of the quality needed to help the pioneer effort. Ten years later a group of settlers was ready to try it again, but this time it wasn’t a church-run enterprise, it was basically a venture capital operation envisioned by wealthy merchant Ebenezer Hanks, said Ryan Paul, Frontier Homestead State Park Museum curator. This time its location was approximately 24 miles southwest of Cedar City on the banks of Pinto Creek. Fittingly, it was christened “Iron City.”

Early tourism on display at SUMA in Cedar City

As the United States was forging into intercontinental transportation in the early 1920s, or “the Roaring Twenties,” as history has labeled the decade, so did interest in America’s landscapes and tourism. And so began a turning of the page in Cedar City, which, until then, had relied heavily on agriculture, iron mines and a small state college for industry, according to Ryan Paul, curator at the Frontier Homestead State Park.

The undeniable role Cedar City and the Utah Parks Company played in the famous “Grand Circle” tourism boom is in the spotlight this year as the nation reflects on the 100th anniversary of the National Parks Service. As part of his work on the “Utah Parks History Project,” Paul has spent the past decade working to gather first-hand accounts of employees who worked for the Utah Parks Company, the tourism infrastructure owned by the Union Pacific Railroad and established in 1923 to support the Grand Circle Tour in 1923.

Cedar City’s connection to the national parks goes back to the beginning as the gateway to Bryce and Zion National Parks and Cedar Breaks National Monument. According to Ryan Paul, museum curator for the Frontier Homestead State Park Museum, the Utah Parks Company originally brought tourists to Cedar City to visit the national parks of southwestern Utah and northern Arizona. Cedar City marketed itself as the “Gateway to the National Parks” and became the jumping-off point for tour groups.

As part of the Utah Parks Company History Project, Janet Seegmiller and Ryan Paul have been working for 15 years to compile the stories, memories, histories and priceless photographs of the legendary women and men who worked for UPC from 1923 to 1972.

From time to time, faculty will offer a course pertaining to a special area of interest or a particularly timely topic under this course number. Course topics can address any time period or region of study. Both the class schedule and handouts in the department office will provide further information as to what is being offered under this special topics title.

This course explores the ways in which history is presented outside the classroom: in museums, archives, television, podcasts, libraries, and in digital spaces. This course introduces students to the field of public history, teaches skills in historical interpretation and archival research, and explores the challenges of presetting the past to a variety of audiences and contexts.

History 3820 History of the National Parks

This course introduces undergraduates to history and challenges of creating and maintaining the places and programs that make up the U.S. national park system. Students will learn about the variety of resources, values, viewpoints, and ideas that are represented in the more than 400 units of the national park system, which stretches from Guam to Maine and Alaska to the Virgin Islands. The role of the federal agency in charge of the parks, the National Park Service (NPS), will be explored, including its work in community recreation and historic preservation. The course emphasizes the unprecedented challenges the national parks faced during the early years, the role of tourism and the need to make the parks relevant to an ever-more-diverse society.