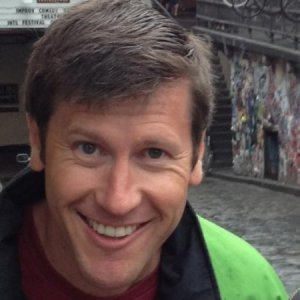 
Thornburg is an expert in data-driven reporting and media economics. 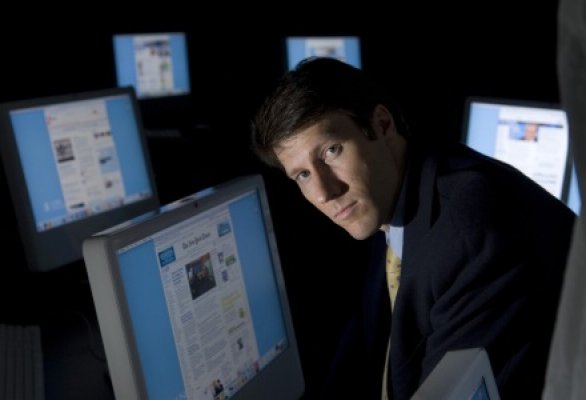 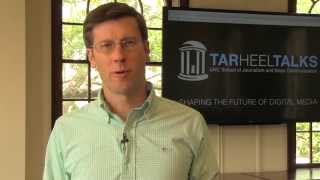 Ryan Thornburg has a special interest in online journalism and the future of journalism. He came to the school in July 2007.

Before coming to UNC, he spent his career in the newsroom, focusing on online journalism. Most recently, he was the managing editor of USNews.com, the online arm of U.S. News & World Report. He also served as a managing editor for Congressional Quarterly’s website, cq.com, and the national/international editor for the Washington Post’s website, washingtonpost.com.

His work in online media contributed to several professional awards, including seven EPPY awards for his work with washingtonpost.com. The EPPY Awards competition honors Internet sites affiliated with the media industry. Thornburg and his staff also have been finalists for competitions by the Online News Association.

He also has worked professionally as a producer for washingtonpost.com, managing election data, writing articles and producing breaking news. He has served as a classroom guest speaker, journalism panelist and participant for numerous media organizations.

An Editor’s Notebook: How A Collaborative Effort Made Local Journalism Better

In addition, the team accessed the North Carolina Administrative Office of the Courts, which has an enormous database that has every civil and criminal case from the past five years, and the group focused on eviction cases. A graduate student at UNC-Chapel Hill cleaned the data to get a better idea of what was happening. “You can begin to see, not just one court case, you can step back and see how each individual court case fits into this larger picture when you have that data,” says Thornburg. “You sort of have the federal, state, and local data layers that were sitting on top of each other and seeing how they all interrelate.”

Why are people more apt to believe 'fake news'?

Fake news sources also find it easier to mimic local news outlets than well-known national ones, said Ryan Thornburg, the director of a news lab at the University of North Carolina. Most people recognize sites like ABC. But, he said, when less familiar sites resembling local outlets confirm people’s biases, they might slip under the radar. The experts suggested that instead of helping individuals develop skills to identify what is “fake,” it might be better to think about the problem in terms of what people care about and have the power to fix.

Is this the normal give-and-take between the presidency and the press? Or is this hostility something new entirely? Have the media lost credibility with the public? Thornburg is a guest expert to discuss.

The shady side of the sun

Journalism professor Ryan Thornburg said UNC deserves credit for the website. He said other than the University of Iowa, he hasn’t seen any other public university use a similar site. “It’s the best effort of transparency I’ve seen at any university,” he said. “Is it as good as it should be? No, not at all.”...

Need to Write 5 Million Stories a Week? Robot Reporters to the Rescue

UNC School of Journalism and Mass Communication Asst. Professor Ryan Thornburg agrees. “The trend in automation should free up the best writers and best reporters to add the how and why context that still needs to be done by humans,” Thornburg told me in an email...

It was a traditional assignment in Joe Bob Hester’s copywriting class. When students arrived for the first class of the semester, Hester said that only three would be allowed to stay. Each student had to persuade him, in 25 words or less, on why he or she should be on that list. “Right off the bat, this taught you three things: why you wanted to be here, who your audience was, and how to be persuasive,” says Hester, associate professor at the School of Journalism and Mass Communication.

The UNC School of Journalism and Mass Communication continues its tradition as a world-class resource for digital media innovation today as Duke University taps associate professor Ryan Thornburg for a key role in its student newspaper’s transition to a digital first news product. Thornburg will be a Visiting Lecturer in Digital Media at the DeWitt Wallace Center for Media and Democracy at the Sanford School of Public Policy. He will continue teaching at UNC during the 9-month appointment and use the experience at The Chronicle student newspaper to further his research and publishing agenda.

“The Psychology and Economics of Fake News on Social Media”

The internet did not create fake news and it did not make people more susceptible to believing in fiction masquerading as fact. But inexpensive digital production and network distribution technologies have allowed fake news to become more widely consumed. The financial costs of producing the news have always influenced the types of messages that reached an audience. Before the internet, the capital cost of owning a printing press or a broadcast license limited the choices for audiences and advertisers alike. The mass media business relied on providing a single product that was at least interesting—if not always palatable—to the widest audience possible. Some outlets—like the National Enquirer—catered to audiences that enjoyed fake news as well as the advertisers that wanted to reach those audiences. Other outlets catered to audiences that were interested in facts. Trying to serve both customer segments risked losing one of them

There is a scourge on America’s college campuses, my UNC-Chapel Hill colleague Michael Jacobs wrote in the StarNews recently. The UNC faculty, Jacobs argued, is dominated by Democrats who are telling students what to think. I agree. There is a scourge on college campuses. But it’s not a partisan divide among our faculty – it’s the acceptance of assertion as science and a lack of critical thinking. The problem with Jacobs’ essay is that the evidence he uses to make his point comes from an article in a journal that poses as legitimate research but is closer to reported opinion than honest scholarship. The article’s authors, according to The Washington Post, are all registered Republicans and two of the three, according to Federal Election Commission records, have given thousands of dollars to Republican and Libertarian candidates. The website on which they published is funded by an organization that advocates “free market” policies. Its editorial adviser works for the John William Pope Center, which is based in Raleigh and spends considerable effort criticizing UNC for being too liberal.

The gap between online journalism education and practice: The twin surveys

2011 Building on a foundation of news stories, Producing Online News shows students how to use the right tools to get the right information to the right people at the right time. The goal is to become a full-fledged online news producer and transform stories into a complete news experience for an ever more demanding audience. Ryan Thornburg, a journalism trainer who has managed the websites of top news organizations, hones the skills students need to produce stories using multimedia, interactivity and on-demand delivery-online ...

Digital Donors: How campaigns are using the Internet to raise money