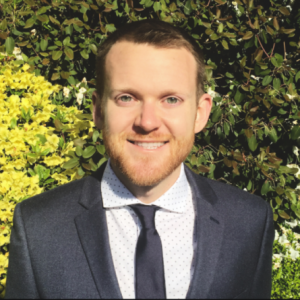 
Watson's research focuses on vulnerable adolescents, with a focus on interpersonal relationships.

Watson researches how social support provides a foundation for achievement and healthy outcomes for vulnerable youth. His work advances the scholarship of health and well-being, interpersonal relationships, and sexual minority youth through mixed-method approaches. He has used both population-based and non-probability data sets from the U.S., Norway, and Canada to examine how social support -- friends, teachers, and parents -- may attenuate the impact of risk factors such as victimization, homophobia, and stigma.

Watson and researchers at the Human Rights Campaign (HRC) Foundation conducted the largest study of LGBTQ teens. More than 12,000 respondents, ranging in age from 13 to 17, and drawn from all 50 states and Washington, D.C., participated in the online 2017 survey. Full results: https://assets2.hrc.org/files/assets/resources/2018-YouthReport-NoVid.pdf 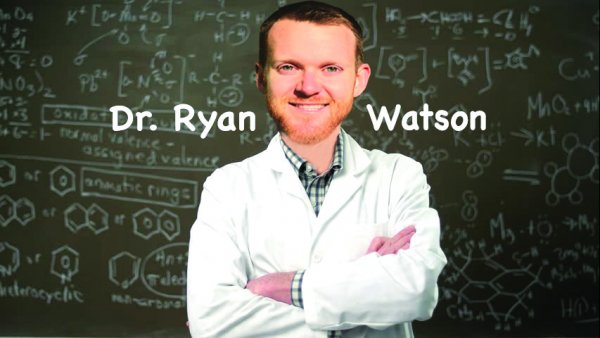 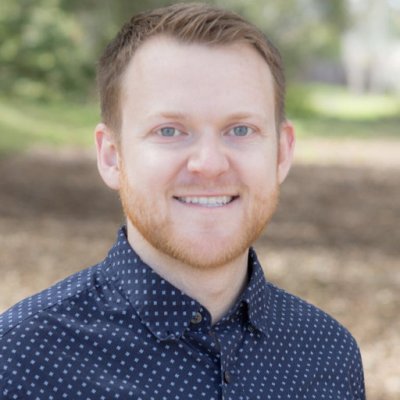 Young people need us to see them as they are, and adults are off the mark, a study say

But this statewide look at identity is a huge step forward, said Ryan Watson, associate professor of human development and family sciences at the University of Connecticut. "This study is a much needed advance in our understanding of the growing diversity of sexual and gender identities," Watson, who was not involved in the study, said via email. "The ideas that these terms represent are not new; that is, the idea that someone could be attracted to multiple genders is not new within the past decade. However, we finally have terminology that can represent these complex realities."

A new study published by the HRC and the University of Connecticut this week surveyed more than 12,000 LGBTQ teens age 13 to 17 across the United States. The results revealed that young people in the LGBTQ community are experiencing extreme levels of stress and anxiety, and that many feel unsafe in school, at home, and in their daily lives. Approximately 77% percent of those surveyed reported feeling depressed in the last week, with 95% experiencing trouble sleeping. More than 70% of the people surveyed reported feelings of worthlessness and hopelessness.

Among thousands of LGBTQ teens, a survey finds anxiety and fears about safety

“Despite the change in social attitudes, they’re still struggling,” said Ryan Watson, an assistant professor in human development and family studies at the University of Connecticut who is one of the researchers. “We still see alarming disparities and experiences, disheartening mental health problems and self-esteem issues.”

Nor do they feel more welcome at home: Two-thirds of LGBTQ youth say they've heard family members make negative comments about people like them; and nearly half – 48 percent – of those who are out to their families say they've been made to feel badly about their sexual orientation or gender identity. "Despite the change in social attitudes, they're still struggling," Ryan Watson, an assistant professor at the University of Connecticut and one of the researchers on the study, told The Washington Post. "We still see alarming disparities and experiences, disheartening mental health problems and self-esteem issues."

To be or not to be religious: How religiosity is associated with sexual health among Black bisexual men

How does the use of dating and hookup applications influence the sexual health choices of LGB people?

Does it stop at sexual gratification? Hookup motives of LGB late adolescents

Bisexual individuals are oftentimes at higher risk for negative sexual health outcomes compared to their heterosexual, gay, and lesbian counterparts. Racial minorities, who may experience double minority stress, may be at particular risk for a sexually transmitted infection (STI) and HIV. Some studies have considered protective factors that ameliorate negative health outcomes; yet, few focus on especially vulnerable populations. We analyzed a sample of 225 Black bisexual men (Mage = 36 years, SD = 12) from Atlanta to explore how combinations of risk (internalized heterosexism) and protective (sexual identity disclosure to community, disclosure to family, and religiosity) factors were related to sexual health outcomes post-baseline during a 1-year follow-up period: any self-reported STI, chlamydia/gonorrhea diagnosis, and HIV diagnosis. We used probability profiling methodology to report the probabilities that a Black bisexual man would report an STI or HIV diagnosis with various combinations and profiles of risk/protective factors. We found that higher levels of internalized heterosexism were significantly related to higher odds of all sexual health outcomes. Disclosure to community was related to much lower risk of all outcomes, whereas disclosure to family was associated with lower odds of self-reported STIs over time. Religiosity was related to lower odds of diagnosis of STIs/HIV, but not self-reported STIs. Our findings have implications for interventions that address internalized heterosexism and protective factors, especially among racial and sexual minorities. Interventions are needed for Black bisexual men that will leverage specific strategies for support to reduce their risk of negative sexual health outcomes.

Rates of HIV/STI transmission among Black men who have sex with men (BMSM) are alarmingly high and demand urgent public health attention. Stigma related concerns are a key barrier to accessing health care and prevention tools, yet limited research has been focused in this area. Experiences of stigma related to health care were evaluated among 151 BMSM residing in the Atlanta, GA area, both prior to and post HIV or STI diagnosis in a longitudinal study (data collected from 2014 to 2016). Findings demonstrated that inadequate health care engagement is associated with post-diagnosis anticipated stigma (b = - 0.38, SE  = 0.17 p  ≤ .05). Pre-diagnosis prejudice is a predictor of post-diagnosis enacted (b = 0.39, SE = 0.14, p

The Journal of Treatment and Prevention

Unhealthy weight control behaviors (UWCBs) have been decreasing for most youth over time, yet little is known whether these behaviors have changed for sexual minority (e.g., non-heterosexual) youth. This is important because many studies have found that sexual minorities report some of the highest rates of UWCBs. To determine whether or not these behaviors have changed over time, given the extreme changes in social contexts over the past two decades, we utilised three waves of the Minnesota Student Survey (N = 55,597, Mage = 17). In doing so, we report trends, disparities, and changes in disparities of UWCBs. Overall, the prevalence of UWCBs has declined from 1999 to 2010 for all youth, but there are alarming disparities by sex of sexual partner. We found that both- and same-sex partnered male youth were more likely to fast, use diet pills, and vomit on purpose to lose weight compared to their opposite-sex partnered counterparts in all three survey years; specifically, both-sex partnered boys were up to 5.5× as likely to vomit on purpose compared to their opposite-sex partnered counterparts. Likewise, both-sex partnered girls were more likely to use diet pills and vomit on purpose to lose weight compared to opposite-sex partnered girls in all three survey years. Additionally, the disparity in fasting to lose weight widened for the same-sex partnered females compared to the opposite-sex partnered females from 1998 to 2004. This has implications for UWCB interventions and preventions targeted specifically towards sexual minorities.

Black men who have sex with men (BMSM) are disproportionately affected by the human immunodeficiency virus (HIV) epidemic, yet we know little about how HIV-negative BMSM of different sexual orientations access HIV prevention strategies. Identity development, minority stress, and disclosure theories suggest that for people of different sexual orientations, disclosure of sexual identity may be related to health behaviors. We performed a latent class analysis on a sample of 650 BMSM (Mage = 33.78, SD = 11.44) from Atlanta, Georgia, to explore whether sexual orientation, disclosure of sexual identity, and relationship status were related to HIV prevention strategies, including awareness of PrEP (pre-exposure prophylaxis) and PEP (post-exposure prophylaxis) and frequency of HIV testing. We found three distinct BMSM classes referred to as (1) closeted bisexuals, (2) sexual identity managers, and (3) gay, out, and open; all classes primarily engaged in casual sex. Classes differed in their awareness and access to HIV prevention strategies. The closeted bisexual class was least aware of and least likely to access HIV prevention. Findings have important implications for future research, namely the consideration of sexual identity and disclosure among BMSM. With this knowledge, we may be able to engage BMSM in HIV/sexually transmitted infection (STI) prevention services.

Sources of Social Support and Mental Health Among LGB Youth

Disparities in psychosocial adjustment have been identified for lesbian, gay, and bisexual (LGB) youth, yet research that explores multiple sources of social support among subgroups of LGB youth is sparse. Social support theory is used as a framework to analyze the ways that different sources of support might promote better psychosocial adjustment for LGB youth. Data from a diverse sample among LGB youth (N = 835) were used to understand how social support from a close friend, teachers, classmates, and parents might be differently associated with depression and self-esteem. We found that parent support and its importance to the participant were consistently related to higher self-esteem and lower depression for all youth, except for lesbians for whom no forms of social support were associated with self-esteem. Teacher and classmate support influenced some subgroups more than others. These results provide parents, clinicians, and schools a roadmap to assist youth navigate supports.