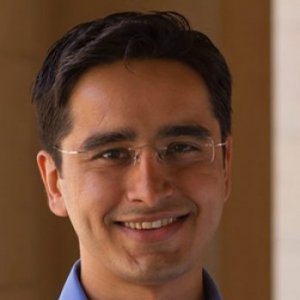 
The Bhamla Lab explores fundamental and applied research questions through the development of new experimental tools and techniques. 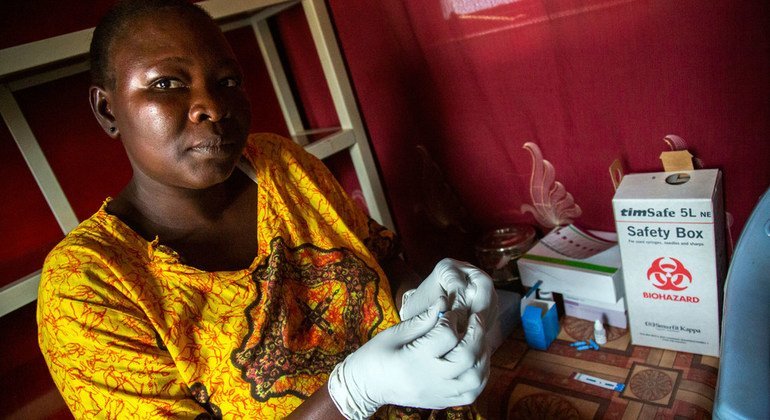 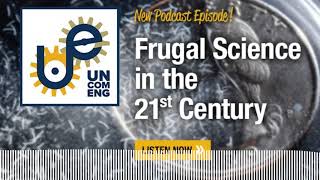 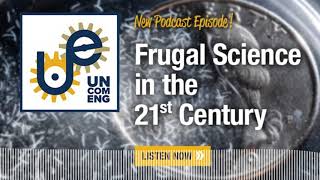 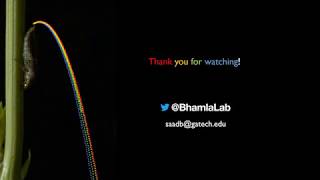 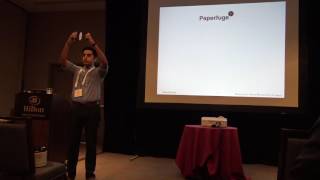 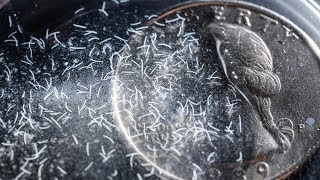 The BhamlaLab explores fundamental and applied research questions through the development of new experimental tools and techniques at the intersection of soft matter, organismic physics and global health.

Crouching in the boot-sucking mud of the Baylands Nature Preserve in Palo Alto, Manu Prakash, PhD, associate professor of bioengineering at Stanford, peered through his Foldscope — a $1.75 origami microscope of his own invention — scrutinizing the inhabitants of the marsh’s brackish waters. With his eye trained on a large single-cell organism, called Spirostomum, he watched it do something that immediately made it his next research subject.

Scientific equipment used in life saving research can cost thousands of dollars, often keeping it out of the hands of many scientist and students. But a group of Forsyth County High School students teamed up with a Georgia Tech researcher to make one critical device accessible to all.

Group behavior in many species arises from cascading signals transmitted by individual organisms. For aquatic microorganisms, signaling often takes the form of flows generated by swimming; an individual may sense the movement of fluid from a neighbor and adjust its behavior. But such signals are generally slow and decay with distance. For example, some bacteria have to be packed into groups of 108 cells per cubic centimeter to coordinate their movements from hydrodynamic signals.

Advances in medical technology continue apace, with sophisticated new medical devices and therapies becoming available on an ongoing basis. However, medical technology often comes at a premium, and for low-resource regions sometimes even relatively basic medical devices, such as hearing aids, are inaccessible because they are too expensive. Similarly, basic equipment, such as centrifuges, that are commonly used in diagnostic or medical research laboratories can cost a lot, making it unaffordable for laboratories in many countries and institutions.

This insect's 'pee droplets' accelerate faster than a cheetah

Researchers have measured the speed of a sharpshooter's "pee droplets," after the insect uses a mechanism similar to a catapult to send them flying. Saad Bhamla says the peak acceleration speed of the droplets is faster than a cheetah, or Usain Bolt.

Biologists are just starting to systematically examine ultrafast motion across species (jellyfish, mantis shrimp, trap-jaw ants), some of which achieve accelerations exceeding a million g-forces in nanoseconds. At the single-cell level, the physical biology of ultra-fast motility remains poorly understood. What is the fastest motion a single cell can achieve? How do single-cell organisms amplify power and survive repeated high accelerations? These fundamental questions guide our exploration of several non-model unicellular and multicellular organisms to uncover the principles of extreme motility at cellular scales.

Our bodies are composed almost entirely of soft, wet, squishy materials. How do the fundamental principles of soft matter and complex fluids enable us to grasp dynamic processes, from the self-assembly of proteins to the stretching of a spider web? We study a spectrum of biological soft matter, from the tears on our eyes to biological foams from insects, with the goal of connecting the microscale structures (lipids, proteins) to their consequences for macroscale biological function (contact lens-eye interaction, microbiome health). As engineers, we leverage this understanding for human-health applications, ranging from diagnostics and monitoring to artificial therapeutic replacements and biomedical devices.

Today, although information is free to anyone with internet, access to scientific tools and healthcare devices still has many barriers. How do we design and build tools that are scientifically rigorous, but cost a few cents on the dollar? Driven by the spirit of doing “frugal science”, we box ourselves in to find out of the box solutions for global challenges in science education, agriculture, and healthcare. Projects in this area include field-work, science outreach, and citizen-science initiatives.

2019 The centrifuge is an essential tool for many aspects of research and medical diagnostics. However, conventional centrifuges are often inaccessible outside of standard laboratory settings, such as remote field sites, because they require a constant external power source and can be prohibitively costly in resource-limited settings and Science, technology, engineering, and mathematics (STEM)-focused programs. Here we present the 3D-Fuge, a 3D-printed hand-powered centrifuge, as a novel alternative to standard benchtop centrifuges. Based on the design principles of a paper-based centrifuge, this 3D-printed instrument increases the volume capacity to 2 mL and can reach hand-powered centrifugation speeds up to 6,000 rpm. The 3D-Fuge devices presented here are capable of centrifugation of a wide variety of different solutions such as spinning down samples for biomarker applications and performing nucleotide extractions as part of a portable molecular lab setup. We introduce the design and proof-of-principle trials that demonstrate the utility of low-cost 3D-printed centrifuges for use in remote field biology and educational settings.

2017 In a global-health context, commercial centrifuges are expensive, bulky and electricity-powered, and thus constitute a critical bottleneck in the development of decentralized, battery-free point-of-care diagnostic devices. Here, we report an ultralow-cost (20 cents), lightweight (2 g), human-powered paper centrifuge (which we name ‘paperfuge’) designed on the basis of a theoretical model inspired by the fundamental mechanics of an ancient whirligig (or buzzer toy; 3,300 BC). The paperfuge achieves speeds of 125,000 r.p.m. (and equivalent centrifugal forces of 30,000 g), with theoretical limits predicting 1,000,000 r.p.m. We demonstrate that the paperfuge can separate pure plasma from whole blood in less than 1.5 min, and isolate malaria parasites in 15 min. We also show that paperfuge-like centrifugal microfluidic devices can be made of polydimethylsiloxane, plastic and 3D-printed polymeric materials. Ultracheap, power-free centrifuges should open up opportunities for point-of-care diagnostics in resource-poor settings and for applications in science education and field ecology.

2015 The surfactant lining the walls of the alveoli in the lungs increases pulmonary compliance and prevents collapse of the lung at the end of expiration. In premature born infants, surfactant deficiency causes problems, and lung surfactant replacements are instilled to facilitate breathing. These pulmonary surfactants, which form complex structured fluid–fluid interfaces, need to spread with great efficiency and once in the alveolus they have to form a thin stable film. In the present work, we investigate the mechanisms affecting the stability of surfactant-laden thin films during spreading, using drainage flows from a hemispherical dome. Three commercial lung surfactant replacements Survanta, Curosurf and Infasurf, along with the phospholipid dipalmitoylphosphatidylcholine (DPPC), are used. The surface of the dome can be covered with human alveolar epithelial cells and experiments are conducted at the physiological temperature. Drainage is slowed down due to the presence of all the different lung surfactant replacements and therefore the thin films show enhanced stability. However, a scaling analysis combined with visualization experiments demonstrates that different mechanisms are involved. For Curosurf and Infasurf, Marangoni stresses are essential to impart stability and interfacial shear rheology does not play a role, in agreement with what is observed for simple surfactants. Survanta, which was historically the first natural surfactant used, is rheologically active. For DPPC the dilatational properties play a role. Understanding these different modes of stabilization for natural surfactants can benefit the design of effective synthetic surfactant replacements for treating infant and adult respiratory disorders.

Influence of interfacial rheology on drainage from curved surfaces

2014 Thin lubrication flows accompanying drainage from curved surfaces surround us (e.g., the drainage of the tear film on our eyes). These draining aqueous layers are normally covered with surface-active molecules that render the free surface viscoelastic. The non-Newtonian character of these surfaces fundamentally alters the dynamics of drainage. We show that increased film stability during drainage can occur as a consequence of enhanced surface rheology. Increasing the surfactant layer viscosity decreases the rate of drainage; however, this retarding influence is most pronounced when the insoluble surfactant layer has significant elasticity. We also present a simple theoretical model that offers qualitative support to our experimental findings.

Autonomous motility of active filaments due to spontaneous flow-symmetry breaking

2012 We simulate the nonlocal Stokesian hydrodynamics of an elastic filament which is active due a permanent distribution of stresslets along its contour. A bending instability of an initially straight filament spontaneously breaks flow symmetry and leads to autonomous filament motion which, depending on conformational symmetry, can be translational or rotational. At high ratios of activity to elasticity, the linear instability develops into nonlinear fluctuating states with large amplitude deformations. The dynamics of these states can be qualitatively understood as a superposition of translational and rotational motion associated with filament conformational modes of opposite symmetry. Our results can be tested in molecular-motor filament mixtures, synthetic chains of autocatalytic particles, or other linearly connected systems where chemical energy is converted to mechanical energy in a fluid environment.