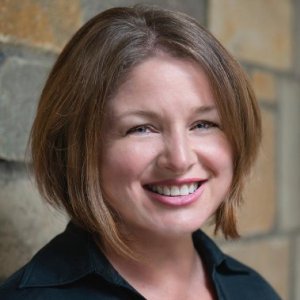 
Sacha Klein is an expert on child welfare, child maltreatment prevention, effects of early care and education on parenting. 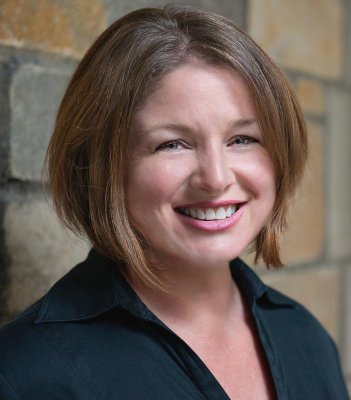 Sacha Klein is an expert on child welfare and racial disparities within child welfare; child maltreatment prevention; effects of early care and education on parenting; neighborhoods' effects on families, social policy and advocacy.

“In all the years I’ve studied preschool access for abused and neglected children, I’ve never seen an approach as simple and effective,” said Sacha Klein, a researcher and professor at Michigan State University. “Rather than adding yet another arduous task to overworked child welfare caseworkers’ to-do lists, this system makes referring maltreated children to preschool fast and simple. It’s also inexpensive and easy to replicate. I don’t know why more child welfare agencies haven’t adopted this approach.”

But Youth Services Insider had never seen Head Start mentioned as a possible preventer of foster care, until a recent study authored by Sacha Klein, Lauren Fries and Mary Emmons. (Click here for the synopsis; the whole study requires subscriber access.) The study did not get much attention in the media; just a few stories out of Lansing, Mich., home to study author Klein of Michigan State University. Those stories honed in on the finding that among a sample of youth whose parents had previous contact with the child welfare system, those participating in Head Start were 93 percent less likely to be placed in foster care than kids who received no early childhood education program.

Kids up to age 5 in the federal government’s preschool program were 93 percent less likely to end up in foster care than kids in the child welfare system who had no type of early care and education, said Sacha Klein, MSU assistant professor of social work.

2015 Young children under 6 years old are over-represented in the U.S. child welfare system (CWS). Due to their exposure to early deprivation and trauma, they are also highly vulnerable to developmental problems, including language delays. High quality early care and education (ECE) programs (e.g. preschool, Head Start) can improve children's development and so policymakers have begun calling for increased enrollment of CWS-supervised children in these programs. However, it is not a given that ECE will benefit all children who experience maltreatment. Some types of maltreatment may result in trauma-related learning and behavior challenges or developmental deficits that cause children to respond to ECE settings differently. The current study uses data from a nationally representative survey of children in the U.S. child welfare system, the National Survey of Child and Adolescent Well-Being II, to assess whether young CWS-supervised children (N = 1,652) who were enrolled in ECE had better language development outcomes 18 months later than those not enrolled in ECE. We also explore whether the type of maltreatment that brought children to the CWS’ attention moderates the relationship between ECE and children's language development. After controlling for children's initial scores on the Preschool Language Scale (PLS-3), type(s) of maltreatment experienced, and child and caregiver demographics, we found that ECE participation predicted better PLS-3 scores at follow-up, with a positive interaction between ECE participation and supervisory neglect. ECE seems to be beneficial for CWS-involved children's early language development, especially for children referred to the CWS because they lack appropriate parent supervision at home.

2015 Using a sample of 438 parents in Los Angeles County, CA, this study examines the role of proximity to social services in child neglect. In an extension of social disorganization theory, it seeks to understand the potential sources of support in neighborhoods for families. It uses ordinary least squares regression to examine driving distance from parents’ residences to four types of services (child care, domestic violence, mental health/substance abuse, and poverty). The results show an association between proximity to mental health and substance abuse services and parents’ self-reported neglectful behaviors. Additionally, higher levels of socioeconomic disadvantage (poverty, unemployment, and low education), having older children, respondents being male, and respondents being older parents are associated with higher levels of child neglect, while being white is associated with lower levels. Overall, the findings suggest a potentially protective role of geographic access to mental health and substance abuse services in child maltreatment. Additional research on the pathways through which proximity to services influences child neglect is needed.

Infants/toddlers in child welfare: What have we learned and where do we go from here? Children and Youth Services Review

2011 Over the last several decades, child welfare research has expanded and matured beyond mere descriptions of children's experiences in this service sector. Contemporary child welfare research entails more complex conceptual, methodological, and statistical approaches to examine children's service trajectories, the functioning of children and families, and the effectiveness of interventions for this population. Further, as recommended by Wulczyn, Barth, Yuang, Jones Harden, and Landsverk (2005), extant child welfare research is increasingly grounded in the broad and deep theoretical and empirical literature on child development. The group of papers in this special issue is reflective of the growing sophistication of child welfare research. In particular, this special issue brings together cutting-edge investigations of the experiences and functioning of the youngest and most vulnerable victims of child maltreatment. True to the goal of the special issue, the papers herein have expanded our understanding of the risk and protective factors for early maltreatment and child welfare involvement, of developmental outcomes and assessments for young children in the child welfare system, and of interventions that hold promise for preventing early maltreatment and addressing the needs of young children and families involved in the child welfare service sector.