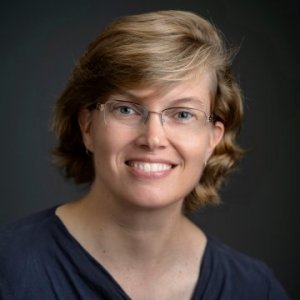 Sally Scholz, PhD, is professor and chair of the Department Philosophy at Villanova University. Her research is based in social and political philosophy and feminist theory. Dr. Scholz's scholarly articles focus on violence against women, oppression, and political philosophy. She teaches a variety of undergraduate and graduate courses at Villanova, including Philosophy of Women, Global Feminisms, Social and Political Philosophy, and Ethics of War.

University of Portland: Bachelor of Arts 1989

Other guests on the debut episode, which is entitled “Sightings of Solidarity: A Movement or Moment?,” include Sally Scholz, a professor at Villanova University and author of the book Political Solidarity.

What does Hillary Clinton's loss mean for feminism and its future?

Sally Scholz, a philosophy professor at Villanova University, was not nearly as flabbergasted as Bee, noting that "sisterhood has actually long been more of a fiction than a reality," and that Clinton's lack of resounding support from white women is no referendum. "If you put feminism all into one little category, and you say it's just those women, and tell other women that if they disagree, they're not being good sisters — then you make it an impossible movement. Women are going to disagree," Scholz said. "We're a vastly different and varied demographic, and we have a right to understand ourselves as varied and different."

The midterm study breaks are aimed at building a sense of camaraderie and making majoring in a difficult subject seem more fun. They are just one thing on Sally J. Scholz’s long list of ways to bolster the philosophy major at Villanova and protect the department’s future. "The university is committed to philosophy," says Ms. Scholz, chair of the department there, "but it is important that we take steps to cement the department within the university’s future."

A Conversation with Sally Scholz, Professor of Philosophy and Editor of Hypatia

Sally Scholz, Professor of Philosophy and Editor of Hypatia was kind enough to sit down with us for an in-depth conversation on how she initially became interested in philosophy, how she interprets the value of the humanities, and how Hypatia authors are pushing boundaries.

Received the Veritas Award, a Villanova Research Grant, in 2005.

Iris Marion Young took a strong stance against humanitarian intervention and other so-called legitimate instances of what she calls ‘official violence’. Nevertheless, she was also aware that there may be some situations for which military humanitarian intervention should at least be considered. Young was concerned that some states will use their obligation to defend against human rights violations as a mechanism in securing or maintaining global dominance.

Using relations of solidarity in global contexts, this article explores some of the debates about what constitutes solidarity. Three primary forms of solidarity are discussed, with particular attention to the different nature of the solidaristic relations and their moral obligations.

Solidarity as a Human Right

Political Solidarity and the More-Than-Human World

Ethics and the Environment

In Political Solidarity I argued that political solidarity requires a decision-making model that acknowledges differences in social and epistemological privilege while also seeking to understand the situation of oppression or injustice and grant “multiple, overlapping, and at times contradictory knowledge claims.” Such an argument raises questions about the possibilities for participation of the more-than-human world in political solidarity.