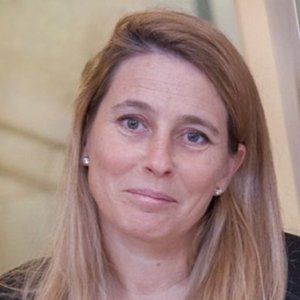 
Dr. Bilbao y León is currently on Leave of Absence. 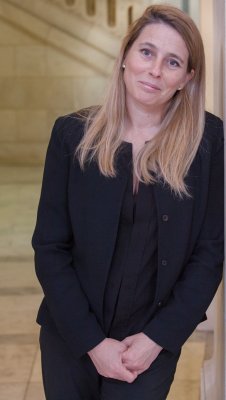 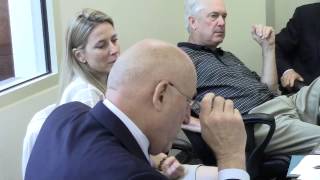 Sama Bilbao y León joined the Department of Mechanical and Nuclear Engineering at Virginia Commonwealth University (VCU) in January 2011. As one of the key individuals involved in the creation of the Dominion-sponsored Master in Nuclear Engineering offered by VCU from the fall of 2007, she is thrilled to have returned to VCU as Director of Nuclear Engineering Programs and Associate Professor.

Until December 2010, Bilbao y León was the Technical Head of the International Atomic Energy Agency (IAEA) Water Cooled Reactors Technology Development Unit and she was in charge of all IAEA activities in support of the development and near term deployment of advanced water cooled reactors and their associated fuels. Until March 2008, she was a Nuclear Safety Analysis Engineer at Dominion Generation, where she was in charge of the development of a new methodology for the thermal-hydraulic analysis of nuclear cores. Previously, Bilbao y León was a researcher at the University of Wisconsin Madison where she conducted research on experimental and computational thermal-hydraulics and nuclear safety. She also participated in the design of nuclear micro-batteries to power nano-devices. In addition, she has substantial expertise in Energy and Environmental Policy and has participated as an observer in the 5th, 6th and 11th UN sponsored Conferences of the Parties on Climate Change.

Bilbao y León is one of the founders of the North American Young Generation in Nuclear (NA YGN), and served as Public Information Chair since its creation in 1999 until May 2005. She is also an active member of the American Nuclear Society (ANS) since 1995, both nationally and locally (Wisconsin, Virginia and Austria local sections). Her dedication to spreading the good news about nuclear earned her the ANS 2002 Public Communications Award. In 2007 she received the NA-YGN Founder Award, the highest award given to an NA-YGN member, which rewards leadership, vision and dedication. In 2007, and again in 2010, Bilbao y León was elected to the national Board of Directors of the American Nuclear Society. In 2016, Bilbao y Léon was named chair of the Virginia Nuclear Engineering Consortium.

Awarded by the American Nuclear Society.

The film screened on Feb. 15 at the RVA Environmental Film Festival, followed by a discussion led by Schumacher and Sama Bilbao y León, Director of Nuclear Engineering Programs at VCU.

“When you look at the current state of the industry, it’s not really rosy,” said Sama Bilbao y León, associate professor and director of nuclear engineering programs at Virginia Commonwealth University. “I probably think that Americans and Virginians need to look hard at the contributions that nuclear power has made and continues to make.” 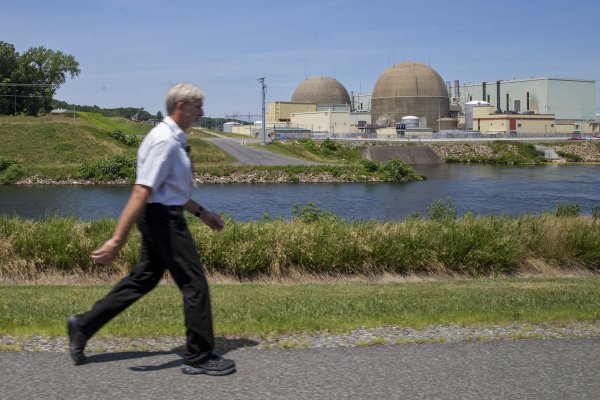 Virginia would be the perfect place to develop pint-size nuclear reactors for use around the world. These very small modular reactors — known as vSMRs — would avoid the kinds of problems that have held back the construction of large nuclear power plants in the United States... 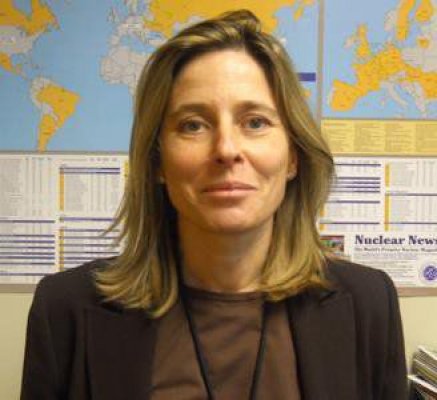 Five Americans in the advancement of nuclear technology

Thanks to Bilbao y Leon, the VCU nuclear engineering program is now on the map. Today the nuclear program has seven professors who cover the full spectrum of nuclear research and has the country’s only Ph.D. program that combines mechanical and nuclear engineering. 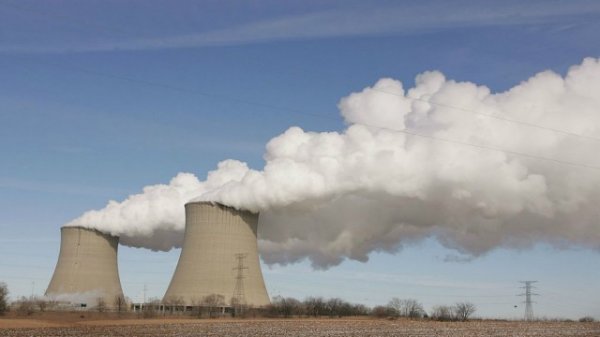 “Sama really is the perfect person to head our nuclear programs because of her vast industry and policy experience,” said Gary Tepper, who has been chair of the Department of Mechanical and Nuclear Engineering since 2009. He said that adding nuclear engineering to the department’s offerings has boosted enrollment. “In 2009, we had about 300 students,” Tepper said. “When we added the nuclear concentration, we went to nearly 600 students in a short time. It gave the program visibility and gave students options.” 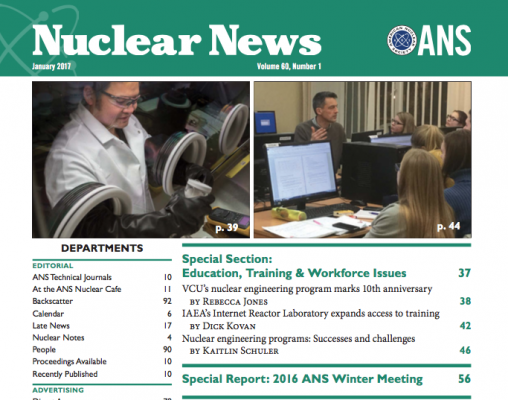 "The fracking shale revolution could transform the U.S. into the world’s biggest oil and natural gas producer. Unfortunately, this windfall of cheap fossil fuels is not going to help encourage Americans to take action against global climate change..."

"'This agreement will help us ensure government, academic institutions, and private commercial entities make the most of Virginia’s capabilities for contributing to the next generation of nuclear technology and education, opening doors for additional research funding, creating opportunities for new jobs, and launching new businesses in the commonwealth,' Sama Bilbao y León, director of nuclear engineering programs at VCU and chairman of VNEC, said in a statement..."

"Nuclear power is by far the largest source of emission-free energy and the only one that can produce large amounts of electricity around the clock. For decades, it has been the prime driver of clean energy in the United States. We need to seize the opportunity to expand its use..."

Just last month, in a Richmond Times-Dispatch op-ed, Sama Bilbao y León, director of Virginia Commonwealth University’s nuclear engineering programs, said small reactors “would avoid the kinds of problems that have held back the construction of large nuclear power plants in the United States” and could provide power to military installations or commercial use.

“Virginia would be the perfect place to develop pint-size nuclear reactors for use around the world,” she wrote, citing the number of nuclear industry leaders, such as Areva North America, Babcock & Wilcox and Newport News Shipbuilding, in the state.

“When coupled with regulatory stability and a streamlined licensing process, a new generation of small modular reactors could begin producing electricity in a decade or less. The commercial implications are huge.”

Is nuclear energy the future of energy in the United States?

Pro-nuclear experts say that renewable energies are great, but that they aren't able to compete with nuclear energy currently.

"As much as we can use [renewable energies], we should use them, but they are not perfect," said Sama Bilbao y Leon, Director of Nuclear Engineering Programs at Virginia Commonwealth University. "Renewable energies can be interrupted, so you need to have something that is going to be their backup when the Sun is not shining, or the wind is not blowing." 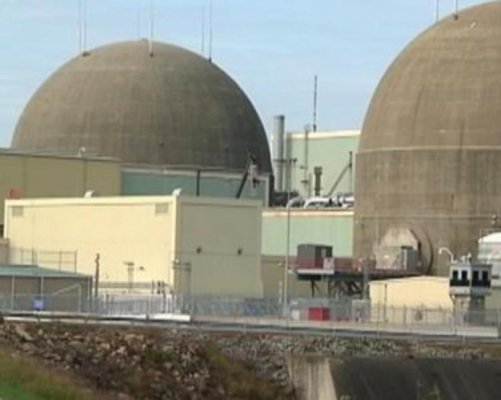 Until now the IAEA’s collection of simulators included a generic 1300MW BWR (revised in 2008 to include a containment model), a generic two-loop and advanced PWR (both about 600MWe), a PHWR and advanced PHWR and a VVER. The simulators operate on personal computers and are provided for a broad audience of technical and non-technical personnel as an introductory educational tool. The preferred audience, however, are faculty members interested in developing nuclear engineering courses with the support of these hands-on educational tools. Although they are not intended to be used for plant-specific purposes such as design, safety evaluation, licensing or operator training, the application of these PC-based simulators is limited to providing general response characteristics of selected types of power reactor systems. The IAEA’s aim is to accurately model the behaviour of the various types of reactors while being somewhat generic and staying away from specific vendor or designer names whenever possible.

This publication serves as a guide to the tools and steps that support plans for constructing nuclear power plants, and, consequently, improve technical and management skills. It details information on the conventional and recently introduced advanced techniques and methods being used in different aspects of the construction phase of a project, both in the nuclear industry and in non-nuclear industries.

A numerical benchmark exercise, aimed at assessing the behaviour of codes and models in the prediction of stability conditions in heated channels with fluids at supercritical pressure, was hosted by the University of Pisa within the framework of the IAEA CRP on Heat Transfer Behaviour and Thermo-hydraulics Codes Testing for SCWRs. Eight institutes from different countries participated in the exercise. The first part of this benchmarking activity was aimed at comparing the results of linear and non-linear codes and models in the application to a simple reference geometrical condition. The simplicity of the problem proposed was conceived to allow for the application of one-dimensional models. The results of the analyses were reported in dimensionless form, adopting recently proposed definitions in order to check their suitability to represent stability thresholds. Both dynamic and static instabilities were addressed. The discrepancies observed between the different submissions and the reference data can be possibly explained in terms of model assumptions or simplifications

This publication presents information on some of the advanced applications of water cooled nuclear power plants. Currently, nuclear energy provides approximately 15.2% of the world’s electricity. Through advanced applications, nuclear energy has considerable potential to penetrate energy sectors reliant on fossil fuels which are subject to price volatility, finite supply and environmental concerns. Advanced applications of nuclear energy include seawater desalination, district heating, heat for industrial processes, and electricity and heat for hydrogen production. In addition, there is considerable near term potential for nuclear power to contribute as a carbon-free source of electricity for charging plug-in hybrid vehicles.