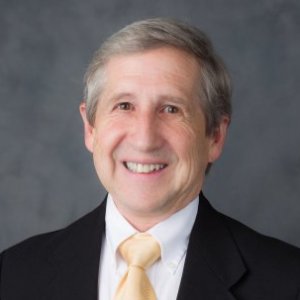 Samuel Gladding, a former president of the American Counseling Association, can address issues related to single-parent families, blended families, and parent/child relationships. He can also comment on life transitions, such as going to school, getting married and dealing with death and loss. Gladding can offer coping strategies in the aftermath of tragedies such as mass shootings. He worked with the Red Cross in assisting families of those killed in the World Trade Center attacks on 9/11 and provided counseling after the Virginia Tech shootings. Gladding’s textbook, Counseling: A Comprehensive Profession, is in its seventh edition and is used by counseling faculty and students internationally. In addition, he can address the place of groups in counseling, therapy, and work settings and their functional and dysfunctional aspects. Gladding can address multiple aspects of creativity, as well, especially the use of humor, writing, and music in wellness. He is also well versed in counseling as a global phenomenon and how helping professions are structured in other countries outside the United States, especially Malaysia, Turkey, China, Mexico and South Africa.

He taught a two-day workshop on marriage and family therapy for counselors and psychologists for the Turkish Psychological Counseling and Guidance Association. He also gave about a dozen shorter workshops and presentations — on topics ranging from “The Creative Arts in Counseling” and “Humor and Mental Health” — at universities in Istanbul, Ankara and Izmir. In addition, he was a Fulbright Specialist in China and taught courses on theories of counseling, especially psychodrama, at Minnan Normal and Xiamen Universities. He also worked with the Red Cross in assisting families of those killed in the World Trade Center tragedy and at Virginia Tech..

Gladding has taught, researched and written about counseling for more than 30 years. He joined the Wake Forest faculty in 1990 as an assistant to then-President Thomas K. Hearn Jr., and later served as the University’s associate provost before being named chair of the new counseling department in 1996. Since then, he has taught undergraduate classes on the Creative Arts and Counseling and graduate courses on family counseling. A former president of the American Counseling Association, he was once cited as among the top 1% of contributors to the Journal of Counseling and Development, the flagship journal of the American Counseling Association. 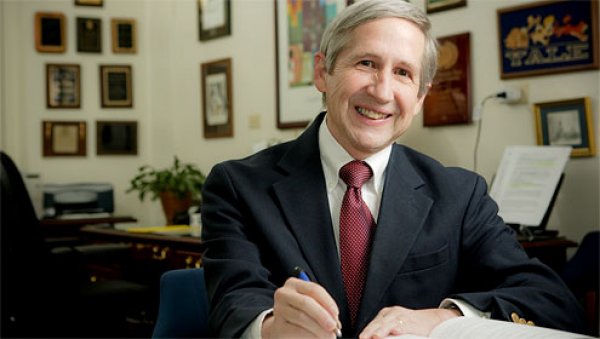 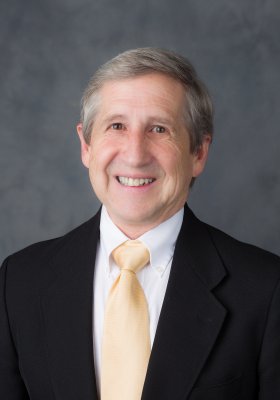 Cited among the top 1% of contributors to the Journal of Counseling and Development, the flagship journal of the American Counseling Association

University of North Carolina at Greensboro: Ph.D., Human Development and Family Studies with cognates in Counselor Education and Psychology 1977

How to channel anxiety when the headlines turn tough

WFDD’s Sean Bueter talked to Dr. Sam Gladding, who says even for those far away from Dallas or Baton Rouge, the pain can be real. “There’s such a thing as post-secondary trauma. And I think I’m feeling that. I think a lot of people are feeling that. It comes with watching violence that has occurred that you know is real. And we become much more anxious, we become much more aware, we feel much less safe than we felt before,” Gladding said. “I worked in 9/11 after that happened in New York City, and I saw a lot of stunned and shocked people, and sad people at that time. Now we have some similar feelings going on that people wonder why this is happening. And the fact that we have such good news coverage these days, some people become almost addicted to staying with these events and trying to make sense of it, even though that’s a slow process and sometimes, it just doesn’t make sense.”

Making sense of the senseless violence

Mass shootings and the accompanying carnage have now become a regular part of life in America. And mental health experts warn that this steady drumbeat of violence could have major consequences for the nation's psyche.

There have been 355 mass shootings in the United States so far this year -- defined as incidents in which four or more victims were shot, though not necessarily killed, according to ShootingTracker.com, a crowd-sourced website that monitors U.S. gun violence.

Others might become angry and determined, and see the ongoing violence as a call to action – even if they aren't exactly sure what they can do. Samuel Gladding, a professor of counseling at Wake Forest, agrees. "Those closest to the shootings are responding with an outpouring of altruistic acts," he said. "In such communities there is more fear, but also more defiance and resolve to not let violence win."

The holidays are coming, and that often means falling into routine get-togethers with family and friends. While there are undoubtedly cherished traditions that everyone looks forward to, others can be as welcome as stale fruitcake.

First, lose the guilt if you would rather take a pass on the communal viewing of “It’s a Wonderful Life,” making holiday cookies nobody seems to want anymore or hosting that December party whose luster has faded. People who have “holiday burnout” shouldn’t feel bad, said Samuel T. Gladding, professor of counseling at Wake Forest University in Winston-Salem, N.C.

“People get tired of doing the same thing year after year, day after day, holiday after holiday,” Gladding said.

A serving of holiday manners

"It's not that we've forgotten as much as we've ignored it," says Professor Samuel Gladding, who heads the department of counseling at Wake Forest University in Winston-Salem, N.C. "The mode of communication — or the most popular these days — is indirect communication through Twitter or text on through, well, you name it.

"Communication is an art form, but it seems to be a lost art at times when people gather together," he adds. "They look down instead of at one another."

Emoticons deliver digital emotions, but "if we don't read facial expression or hear voice tone, we don't know if the person is really inquiring or being sarcastic or being empathic," says Gladding. "We can't hear it, and we can't see the expression on the other individual's face."...

5 great reasons to play games with your family

For example, “You might go into the history of the game as you’re playing it,” says Samuel Gladding, Ph.D., professor of counseling at Wake Forest University, Winston-Salem, N.C. “If you’re playing chess, you can explain that knights and kings and queens are part of history—it’s not just something out of a Disney movie.”...

What fuels this annoying behavior may have little to do with the food, says Samuel Gladding, a professor who chairs the department of counseling at Wake Forest University in Winston-Salem, N.C.

"Part of it may be a little rebellion, especially if you're told what to bring," he says. "Part of it might be a little passive-aggressive anger because maybe you wanted to go the beach and not to the potluck function. Part of it is ... that we all want some control over our lives and again, if I am bringing potato salad instead of chocolate cake, then I'm saying 'I have control of what I'm doing. I know you might have said chocolate cake. I think what people really need is potato salad.'...

Becoming a man is developmental. Boys model after men in their lives as well as figures they see in the media. When role models are positive, appropriate, and present, boys grow into constructive adults who contribute to society. This article examines how counselors can intentionally help young men mature into well-grounded and prosocial individuals through the use of models in films. It provides a list of some movies that counselors can use in the process

A vision for the future of counseling: The 20/20 principles for unifying and strengthening the profession Journal of Counseling and Development

This article describes the development of the historic Principles for Unifying and Strengthening the Profession. An outcome of the 20/20: A Vision for the Future of Counseling initiative, this document delineates a core set of principles that unifies and ...

Groups in high schools that use creative techniques help adolescents express their emotions appropriately, behave differently, and gain insight into themselves and others. This article looks at seven different creative arts media—music, movement, visual art, literature, ...

The ABCs of bibliotherapy for school counselors The School Counselor

Historically, bibliotherapy has been practised in two distinct forms. The first, and oldest, dates back to the 1930s, when librarians began compiling lists of books for therapeutics...

A total of 64 university graduate students in education attending a Southeastern university participated in the study. Most of the participants were Protestant women (women= 54, men= 10) with an average age of 34.5 (SD= 11). Religious orientation was assessed ...

Studied occupational sex-role stereotyping among elementary school children (N= 174). In addition to a questionnaire, students drew themselves in the occupation they would most likely choose. Results showed third graders agreed on three times as many occupations ...