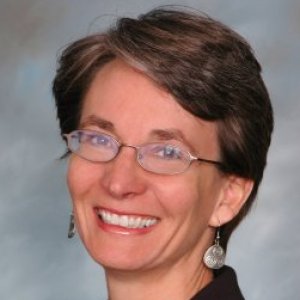 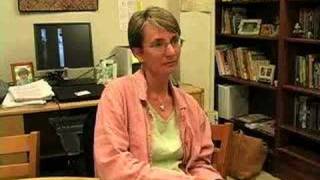 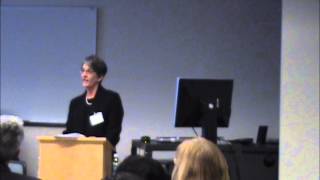 I am currently a Professor at the School of Information and Library Science at the University of North Carolina at Chapel Hill where I coordinate the School Library Media specialization.

My current research focuses on social justice issues in youth library services, diverse youth literature, and the role of school librarians in education reform. I have written and presented extensively on culturally relevant pedagogy, critical race theory, and the role of libraries in serving diverse youth.

In the Spring of 2015, my 13-year-old son, who attends the Carolina Friends School, had the opportunity to take a Civil Rights Tour with 20 other middle school students. They began in Montgomery and made their way north, stopping in Selma, Birmingham, Alabama, and Greensboro. He came back fired up to fight for social justice and was particularly excited that he had added his name to the Wall of Tolerance found at the Civil Rights Memorial Center in Montgomery, Alabama. The wall digitally displays the names of more than half a million people who have pledged to take a stand against hate and work for justice and tolerance in their daily lives. According to the Southern Poverty Law Center’s website, “the Wall demonstrates that individuals, not government or organizations, are responsible for continuing the march for social justice. It stands as a dynamic representation of the strength of the movement in America.” Visitors to the Civil Rights Memorial Center have the opportunity to take the pledge and add their names to the Wall during their visit.

I consider my research, teaching, and service, like the Wall of Tolerance, to be my public pledge that as an LIS professional I will work for social justice – to ensure that youth who have been traditionally marginalized in the United States have access to the liberties, rights, opportunities, and successes that have been denied them through institutional inequities built on racism, sexism, homophobia, power, and privilege, to create library programs and services that build on the strengths found in these communities, and to empower youth whose voices have been historically silenced to trust their voice and the truth they seek.

The Role of Libraries in Serving Diverse Youth

Developing Collections ‘By Any Means Necessary’

Some call it multicultural, some call it Africana, some call it a “special collection.” Whatever it’s called, the procurement of materials that reflect African-American culture is part of a librarian’s job, and we wanted to hear how it’s done across circulating public, school, and academic libraries. PW spoke with some librarians and vendors to hear their experiences of collecting materials for and by African-Americans, and what tips and sources they recommend...

’I feel like an outsider in the library.’ Creating an Inclusive and Welcoming Library Program for All Students

Be the Change You Seek: Social Justice in the LIS Classroom

Numerous authors in the library and information science (LIS) field have called for more authentic collaborative experiences for students in school librarian education programs, particularly experiences that partner school library students with pre-service teachers to collaboratively design instruction. The first-iteration, design-based study described below examines the impact of such a project, a collaborative science-focused lesson plan assignment given to pre-service elementary school teachers (PSTs) and pre-service school librarians (PSLs) at a public university in the southeastern United States. Specifically, this paper explores the impact of the project on school library students’ understanding of collaboration between teachers and school librarians, particularly science-focused collaboration, and examines the features of the assignment that either facilitated or hindered their progress toward improved understanding. Based on the results of this project, we provide recommendations for school librarian educators interested in designing and implementing similar projects.

Youth services librarians in the United States face the challenge of serving a growing population of youth from diverse cultural backgrounds. In the 2014-2015 school year, youth of color are projected to make up the majority of students attending American public schools. In order to effectively serve these youth, youth librarians need to be culturally competent and have an understanding of culturally relevant pedagogy. This paper reports the findings of an exploratory study designed to explore the extent to which youth services librarians, both public and school, prioritize the need for cultural knowledge and awareness in developing effective programs and services for today’s youth.

Counter-storytelling is defined by critical race theory scholars as a method of telling the stories of those people whose experiences are not often told, including people of color, the poor, and members of the LGBTQ community. This article discusses multicultural young adult literature as a form of counter-storytelling, with an emphasis on how counter-stories challenge the stereotypes often held by the dominant culture, give voice to marginalized youth, and present the complexity of racial and ethnic identify formation.

The purpose of this study was to determine if young adults have access through school libraries to LGBTQ-themed literature. The library collections in 125 high schools in one Southern U.S. state were examined for the inclusion of LGBTQ-themed fiction, nonfiction, and biographies, including a core collection of 21 recommended titles. Results showed that, in general, the school libraries were under-collecting LGBTQ-themed titles. Although LGBTQ teens are estimated to make up 5.9 percent of the students in American high schools, the average number of LGBTQthemed titles held by these school libraries was 0.4 percent. Suggestions for further study are included.

Rethinking the Texts We Use in Literacy Instruction With Adolescent African American Males.” The ALAN Review

Research is beginning to connect these negativ educational, economic, and social outcomes to low literacy rates among African American male students (Edwards, McMillon, & Turner, 2010; Tatum, 2009). A recent report from the Annie E. Casey Foundation was the first to directly link graduation rates with reading skills and poverty levels (Hernandez, 2011). This report, based on a longitudinal study of nearly 4,000 students, finds that students who are not proficient readers by third grade are four times more likely than their proficient peers to drop out of high school. Poverty increases the dropout rate even further: students who were both non-proficient readers and who lived in poverty for at least a year were six times less likely to graduate than proficient readers. A third factor—race—raised the likelihood of dropping out even higher; 31% of poor, Black, non-proficient readers did not complete high school, a rate that is eight times that of all proficient readers.

School librarians are natural partners in the effort to improve the education, social, and employment outcomes of black males. Although school librarians have become increasingly associated with technology, they still play an important role in literacy development. The American Association of School Librarians' (AASL) most recent guidelines for school library programs includes "promoting reading as a foundational skill for learning, personal growth, and enjoyment" as one of the major responsibilities of school librarians (2009, pp. 21-23). School librarians in Durham, N.C., have demonstrated the crucial role that librarians can play in supporting the literacy development of black males and working as partners with administrators and classroom teachers. The work of these librarians demonstrates that black males will read with enthusiasm, participate in discussions, and write reflectively about what they read when they are presented with books that connect to their lives.

Thus, while white children can easily find books that feature characters that look like them, assuring that as they transition from easy readers to chapter books they see themselves over and over in the books they read, the same is not true for African American children. In this article we take a closer look at this issue. We begin by discussing the characteristics of books that support transitional readers. We follow this with a summary of the research on reading motivation and achievement, including the potential role of African American authors in supporting the literacy development of Black students. We end with a discussion of strategies teacher-librarians can employ to support African American transitional readers, including an annotated bibliography of contemporary transitional novels that feature African American children.

Inside Board Books: Representations of People of Color Library Quarterly

Research suggests that exposure to books and other resources about people who look like them, and stories that reflect their world, may contribute to an infant and toddler of color’s developing appreciation of self. The purpose of this study was to examine children’s board books published between 2003 and 2008 to determine the representation of people of color. The findings were analyzed using the lenses of critical race theory and the typology developed by Rudine Sims Bishop to describe African American children’s literature. The results indicated that, despite the increasing ethnic and racial diversity in the United States, board books that feature people of color are rare and often present inauthentic and monolithic representations. Even rarer seems to be the creation of board books by authors and illustrators of color. The authors conclude that the lack of board books featuring children of color denies these children an important resource for developing a positive self-concept.

The purpose of this study was to examine books that support transitional readers to determine the representation of people of color. The findings were analyzed using critical race theory (CRT), a theoretical framework that places race at the center of educational research and discourse. The results indicate that despite the increasing ethnic and racial diversity in the United States, children of color are rare in transitional books. Even rarer are authors of color. The authors conclude that this lack of representation of people of color in transitional books is a subtle form of racism that denies children of color the kinds of resources research suggests they need to become motivated, engaged, and proficient readers. In the tradition of CRT, the article closes by offering nine strategies school librarians can employ to promote equity in literacy instruction for children of color. “Who says black boys won’t read?”— Sharon Flack, 2007

2007 The literacy needs of urban adolescents are urgent (McGrath, 2005). It is not unusual for 70% of eighth graders in high-poverty, high-minority middle schools to comprehend at “below basic” levels (Balfanz, Spiridakis, & Neild, 2002). Difficulty with reading negatively impacts achievement in all areas of the curriculum. According to Schoenbach, Greenleaf, Cziko, and Hurwitz (2000), many adolescents, hit a “literacy ceiling” when they reach middle and high school. That is, they are unable to “independently access the knowledge and ...

Toward a model of the everyday life information needs of urban teenagers, part 1: Theoretical model Journal of the American Society for Information Science and Technology

2006 This is the first part of a two-part article that offers a theoretical and an empirical model of the everyday life information needs of urban teenagers. The qualitative methodology used to gather data for the development of the models included written surveys, audio journals, written activity logs, photographs, and semistructured group interviews. Twenty-seven inner-city teens aged 14 through 17 participated in the study. Data analysis took the form of iterative pattern coding using QSR NVivo 2 software...

What do you want to tell us about reading? A survey of the habits and attitudes of urban middle school students toward leisure reading Young Adult Library Services

2003 This article probes the motivation of librarians to develop public library Web sites for young adults. What young adult information needs did they target? Were teenagers involved in creating and updating the site? How was the site promoted to teenagers? What barriers had to be overcome in the creation and maintenance of the site? Connections are drawn between the findings of this study and research about teens and their Internet use. Related implications for Web-site development are discussed, with an emphasis on the need for ...