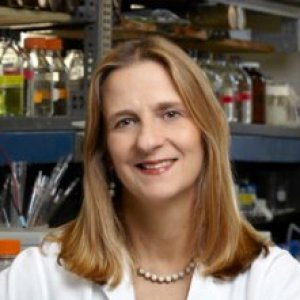 Professor and Chair, Department of Molecular Biology and Biophysics | University of Connecticut


Sandra K. Weller, Ph.D., is an expert in the herpes simplex virus.

Sandra K. Weller is Professor and Chair in the Department of Molecular Biology and Biophysics at the University of Connecticut. Dr. Weller is internationally recognized for ground-breaking discoveries on herpes simplex virus.

Board of Trustees Distinguished Professor Award 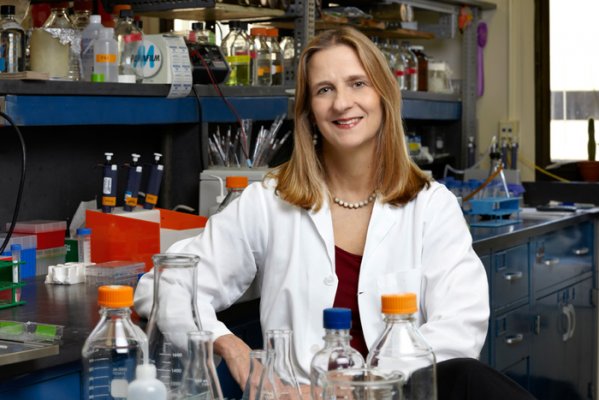 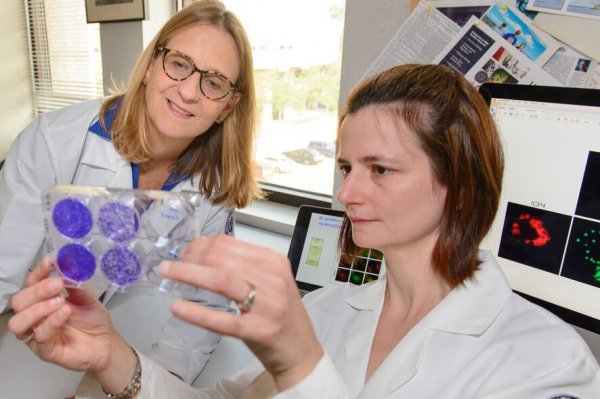 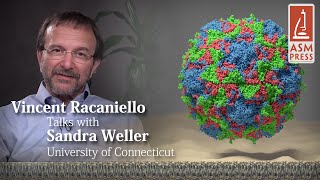 The UL8 subunit of the helicase-primase complex of herpes simplex virus promotes DNA annealing and has a high affinity for replication forks. The Journal of Biological Chemistry

2017 During lytic infection, herpes simplex virus (HSV) DNA is replicated by a mechanism involving DNA recombination. For instance, replication of the HSV-1 genome produces X- and Y-branched structures, reminiscent of recombination intermediates. HSV-1's replication machinery includes a trimeric helicase-primase composed of helicase (UL5) and primase (UL52) subunits and a third subunit, UL8. UL8 has been reported to stimulate the helicase and primase activities of the complex in the presence of ICP8, an HSV-1 protein that functions as an annealase, a protein that binds complementary single-stranded DNA (ssDNA) and facilitates its annealing to duplex DNA. UL8 also influences the intracellular localization of the UL5/UL52 subunits, but UL8's catalytic activities are not known. In this study we used a combination of biochemical techniques and transmission electron microscopy. First, we report that UL8 alone forms protein filaments in solution. Moreover, we also found that UL8 binds to ssDNAs >50-nucletides long and promotes the annealing of complementary ssDNA to generate highly branched duplex DNA structures. Finally, UL8 has a very high affinity for replication fork structures containing a gap in the lagging strand as short as 15 nucleotides, suggesting that UL8 may aid in directing or loading the trimeric complex onto a replication fork. The properties of UL8 uncovered here suggest that UL8 may be involved in the generation of the X- and Y-branched structures that are the hallmarks of HSV replication.

The exonuclease activity of HSV-1 UL12 is required for the production of viral DNA that can be packaged to produce infectious virus. Journal of Virology

2017 The Herpes simplex virus type I alkaline nuclease, UL12, has 5' to 3' exonuclease activity and shares homology with nucleases from other members of the Herpesviridae family. We previously reported that a UL12 null virus exhibits a severe defect in viral growth. To determine whether the growth defect was a result of loss of nuclease activity or another function of UL12, we introduced an exonuclease-inactivating mutation into the viral genome. The recombinant virus, UL12-D340E (D340E), behaved identically to the null virus (AN-1) in virus yield experiments, exhibiting a 4-log decrease in the production of infectious virus. Furthermore, both viruses were severely defective in cell-to-cell spread and produced fewer DNA containing capsids and more empty capsids than wild type virus. In addition, DNA packaged by the viral mutants was aberrant as determined by infectivity assays and pulsed-field gel electrophoresis. We conclude that UL12 exonuclease activity is essential for the production of viral DNA that can be packaged to produce infectious virus. This conclusion was bolstered by experiments showing that a series of natural and synthetic α-hydroxytropolones recently reported to inhibit HSV replication also inhibit the nuclease activity of UL12. Taken together, our results demonstrate that the exonuclease activity of UL12 is essential for the production of infectious virus and may be considered as a target for development of antiviral agents.

An Intrinsically Disordered Region of the DNA Repair Protein Nbs1 Is a Species-Specific Barrier to Herpes Simplex Virus 1 in Primates. Cell Host & Microbe

2017 Humans occasionally transmit herpes simplex virus 1 (HSV-1) to captive primates, who reciprocally harbor alphaherpesviruses poised for zoonotic transmission to humans. To understand the basis for the species-specific restriction of HSV-1 in primates, we simulated what might happen during the cross-species transmission of HSV-1 and found that the DNA repair protein Nbs1 from only some primate species is able to promote HSV-1 infection. The Nbs1 homologs that promote HSV-1 infection also interact with the HSV-1 ICP0 protein. ICP0 interaction mapped to a region of structural disorder in the Nbs1 protein. Chimeras reversing patterns of disorder in Nbs1 reversed titers of HSV-1 produced in the cell. By extending this analysis to 1,237 virus-interacting mammalian proteins, we show that proteins that interact with viruses are highly enriched in disorder, suggesting that viruses commonly interact with host proteins through intrinsically disordered domains.

2015 Human ubiquitin-specific protease 7 (USP7) is a deubiquitinating enzyme that prevents protein degradation by removing polyubiquitin chains from its substrates. It regulates the stability of a number of human transcription factors and tumor suppressors and plays a critical role in the development of several types of cancer, including prostate and small cell lung cancer. In addition, human USP7 is targeted by several viruses of the Herpesviridae family and is required for effective herpesvirus infection. The USP7 C-terminal region (C-USP7) contains five ubiquitin-like domains (UBL1-5) that interact with several USP7 substrates. Although structures of the USP7 C terminus bound to its substrates could provide vital information for understanding USP7 substrate specificity, no such data has been available to date. In this work we have demonstrated that the USP7 ubiquitin-like domains can be studied in isolation by solution NMR spectroscopy, and we have determined the structure of the UBL1 domain. Furthermore, we have employed NMR and viral plaque assays to probe the interaction between the C-USP7 and HSV-1 immediate-early protein ICP0 (infected cell protein 0), which is essential for efficient lytic infection and virus reactivation from latency. We have shown that depletion of the USP7 in HFF-1 cells negatively affects the efficiency of HSV-1 lytic infection. We have also found that USP7 directly binds ICP0 via its C-terminal UBL1-2 domains and mapped the USP7-binding site for ICP0. Therefore, this study represents a first step toward understanding the molecular mechanism of C-USP7 specificity toward its substrates and may provide the basis for future development of novel antiviral and anticancer therapies.

2015 Herpes simplex virus (HSV) dramatically reorganizes the infected-cell nucleus, leading to the formation of prereplicative sites and replication compartments. This process is driven by the essential viral single-stranded DNA (ssDNA) binding protein ICP8, which can form double-helical filaments in the absence of DNA. In this paper, we show that two conserved motifs, FNF (F1142, N1143, and F1144) and FW (F843 and W844), are essential for ICP8 self-interactions, and we propose that the FNF motif docks into the FW region during filament formation. Mammalian expression plasmids bearing mutations in these motifs (FNF and FW) were unable to complement an ICP8-null mutant for growth and replication compartment formation. Furthermore, FNF and FW mutants were able to inhibit wild-type (WT) virus plaque formation and filament formation, whereas a double mutant (FNF-FW) was not. These results suggest that single mutant proteins are incorporated into nonproductive ICP8 filaments, while the double mutant is unable to interact with WT ICP8 and does not interfere with WT growth. Cells transfected with WT ICP8 and the helicase-primase (H/P) complex exhibited punctate nuclear structures that resemble prereplicative sites; however, the FNF and FW mutants failed to do so. Taken together, these results suggest that the FNF and FW motifs are required for ICP8 self-interactions and that these interactions may be important for the formation of prereplicative sites and replication compartments. We propose that filaments or other higher-order structures of ICP8 may provide a scaffold onto which other proteins can be recruited to form prereplicative sites and replication compartments.