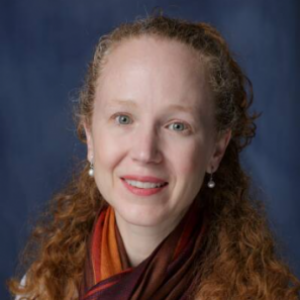 
Sara Burke is a basic science researcher that investigates how different brain regions communicate over the lifespan.

Sara Burke is an Associate Professor of Neuroscience and Associate Director of the Cognitive Aging and Memory Center (CAM) at the University of Florida College of Medicine. Sara investigates how different brain regions communicate over the lifespan and how this contributes to declining cognitive function in old age.

Diet and the Brain

Decades of hippocampal neurophysiology research have linked the hippocampal theta rhythm to voluntary movement. A consistent observation has been a robust correlation between the amplitude (or power) and frequency of hippocampal theta and running speed. Recently, however, it has been suggested that acceleration, not running speed, is the dominating influence on theta frequency. There is an inherent interdependence among these two variables, as acceleration is the rate of change in velocity.

Bridging the Gap: A Geroscience Primer for Neuroscientists With Potential Collaborative Applications.

While neurodegenerative diseases can strike at any age, the majority of afflicted individuals are diagnosed at older ages. Due to the important impact of age in disease diagnosis, the field of neuroscience could greatly benefit from the many of the theories and ideas from the biology of aging—now commonly referred as geroscience. As discussed in our complementary perspective on the topic, there is often a “silo-ing” between geroscientists who work on understanding the mechanisms underlying aging and neuroscientists who are studying neurodegenerative diseases. While there have been some strong collaborations between the biology of aging and neuroscientists, there is still great potential for enhanced collaborative effort between the 2 fields.

A Neuroscience Primer for Integrating Geroscience With the Neurology of Aging

Neuroscience has a rich history of studies focusing on neurobiology of aging. However, much of the aging studies in neuroscience occur outside of the gerosciences. The goal of this primer is 2-fold: first, to briefly highlight some of the history of aging neurobiology and second, to introduce to geroscientists the broad spectrum of methodological approaches neuroscientists use to study the neurobiology of aging. This primer is accompanied by a corresponding geroscience primer, as well as a perspective on the current challenges and triumphs of the current divide across these 2 fields.

Reuniting the Body "Neck Up and Neck Down" to Understand Cognitive Aging: The Nexus of Geroscience and Neuroscience

The purpose of this Perspective is to propose a new, collaborative paradigm to study cognitive aging. The field of cognitive aging from the neuroscience perspective has focused on studying cognition over the life span from the “neck up,” while fields studying the biology of aging/age-related diseases, known collectively as geroscience, have focused from the “neck down.” However, it is abundantly clear that there is no discrete boundary at which the body ages independently of the brain, and the existing division between neuroscience and geroscience has led to an incomplete picture of the aging process. Processes affecting aging in one area often have profound effects in another, even when the timescales at which different organ systems age do not align perfectly.

Discovery research in rodent models of cognitive aging is instrumental for identifying mechanisms of behavioral decline in old age that can be therapeutically targeted. Clinically relevant behavioral paradigms, however, have not been widely employed in aged rats. The current study aimed to bridge this translational gap by testing cognition in a cross-species touchscreen-based platform known as paired-associates learning (PAL) and then utilizing a trial-by-trial behavioral analysis approach. This study found age-related deficits in PAL task acquisition in male rats. 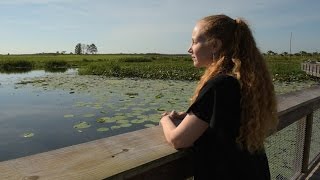