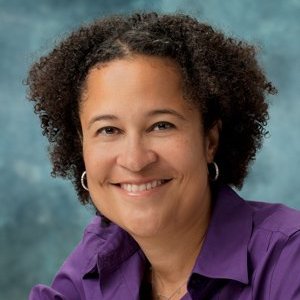 
Sara Johnson focuses on literature, theory and history of the Hispanophone, Francophone and Anglophone Caribbean and its diasporas.

Johnson is currently working on a book documenting the work of Moreau de Saint-Méry, a late 18th century Caribbean intellectual. They have performed extensive research abroad, living in Senegal, Cuba, Haiti and Martinique. Recent fellowships include those from the Ford Foundation, the University of California President’s Postdoctoral Program, the Library Company of Philadelphia, the Hellman Fund, the UC Consortium for Black Studies, and the American Council of Learned Societies.

Johnson's book "The Fear of French Negroes: Transcolonial Collaboration in the Revolutionary Americas" (Berkeley: University of California Press, 2012) is an inter-disciplinary study that explores how people responded to the collapse and reconsolidation of colonial life in the aftermath of the Haitian Revolution (1791-1845). The book traces expressions of transcolonial black politics, both aesthetic and experiential, in places including Hispaniola, Louisiana, Jamaica, and Cuba. It was published as part of the Modern Language initiative, a partnership between the Modern Language Association, the Mellon Foundation, and several university presses.

Johnson is the co-editor of "Kaiso! Writings By and About Katherine Dunham" (Madison: University of Wisconsin Press, Studies in Dance History Series, 2006) and "Una ventana a Cuba y los Estudios cubanos" (San Juan: Ediciones Callejon, Spring 2010). "Kaiso!" was named one of the top 10 arts books of 2006.

Johnson’s research and teaching areas include literature, theory and history of the Hispanophone, Francophone and Anglophone Caribbean and its diasporas; hemispheric American literature and cultural studies; the Age of Revolution in the extended Americas; and music and dance of the African Diaspora.

“He Was a Lion and He Would Destroy Much”: A Practical and Speculative School of Revolutionary Politics

Never Put your Feet where your Eyes Cain't See: A Meditation on Deepness