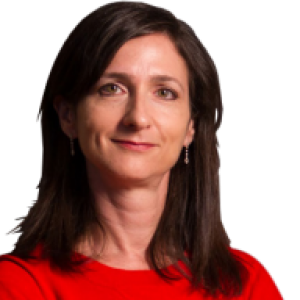 
Sara Seager is an astrophysicist and planetary scientist, and is an expert in theory, computation, and data analysis of exoplanets.

Sara Seager is an astrophysicist and planetary scientist at MIT. Her science research focuses on theory, computation, and data analysis of exoplanets. Her research has introduced many new ideas to the field of exoplanet characterization, including work that led to the first detection of an exoplanet atmosphere. Professor Seager also works in space instrumentation and space missions for exoplanets, including CubeSats, as a co-investigator on the MIT-led TESS, a NASA Explorer Mission to be launched in 2017, and she chaired the NASA Science and Technology Definition Team for a “Probe-class” Starshade and telescope system for direct imaging discovery and characterization of Earth analogs.

Before joining MIT in 2007, Professor Seager spent four years on the senior research staff at the Carnegie Institution of Washington preceded by three years at the Institute for Advanced Study in Princeton, NJ. Her PhD is from Harvard University. Professor Seager is on the advisory board for Planetary Resources. Professor Seager was elected to the National Academy of Sciences in 2015, is a 2013 MacArthur Fellow, the 2012 recipient of the Raymond and Beverly Sackler Prize in the Physical Sciences, and the 2007 recipient of the American Astronomical Society’s Helen B. Warner Prize. She has been widely recognized in the media, most recently in Time Magazine’s 25 Most Influential in Space in 2012. 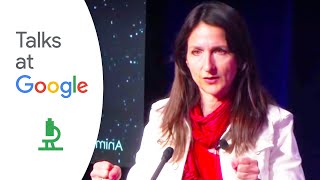 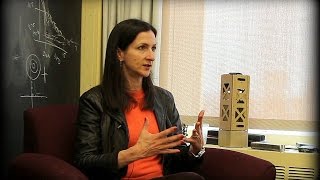 Like many astrophysicists, Sara Seager sometimes has a problem with her perception of scale. Knowing that there are hundreds of billions of galaxies, and that each might contain hundreds of billions of stars, can make the lives of astrophysicists and even those closest to them seem insignificant. Their work can also, paradoxically, bolster their sense of themselves. Believing that you alone might answer the question “Are we alone?” requires considerable ego. Astrophysicists are forever toggling between feelings of bigness and smallness, of hubris and humility, depending on whether they’re looking out or within.

Sara Seager: How Close Are We To Finding Life On Another Planet?

Sara Seager is an astrophysicist and planetary scientist at MIT. Her research, which focuses on exoplanetary science, has led to the first discovery of an exoplanet atmosphere...

Sara Seager doesn't peer into the starry night wondering whether life exists somewhere out there – whether there's a true Earth twin in some far-off galaxy, or even our own. In her mind, it's a certainty...

NASA’s next exoplanet hunter will seek worlds close to home

“It’s not so much the numbers of planets that we care about, but the fact that they are orbiting nearby stars,” says Sara Seager, an astrophysicist at the Massachusetts Institute of Technology (MIT) in Cambridge and deputy science director for TESS...

Clouds in the atmosphere of the super-Earth exoplanet GJ 1214b

2014 Recent surveys have revealed that planets intermediate in size between Earth and Neptune (‘super-Earths’) are among the most common planets in the Galaxy1,2,3. Atmospheric studies are the next step towards developing a comprehensive understanding of this new class of object4,5,6. Much effort has been focused on using transmission spectroscopy to characterize the atmosphere of the super-Earth archetype GJ 1214b, but previous observations did not have sufficient precision to distinguish between two interpretations for the atmosphere. The planet’s atmosphere could be dominated by relatively heavy molecules, such as water (for example, a 100 per cent water vapour composition), or it could contain high-altitude clouds that obscure its lower layers. Here we report a measurement of the transmission spectrum of GJ 1214b at near-infrared wavelengths that definitively resolves this ambiguity. The data, obtained with the Hubble Space Telescope, are sufficiently precise to detect absorption features from a high mean-molecular-mass atmosphere. The observed spectrum, however, is featureless. We rule out cloud-free atmospheric models with compositions dominated by water, methane, carbon monoxide, nitrogen or carbon dioxide at greater than 5σ confidence. The planet’s atmosphere must contain clouds to be consistent with the data.

2012 Since the discovery of the first extrasolar giant planets around Sun-like stars, evolving observational capabilities have brought us closer to the detection of true Earth analogues. The size of an exoplanet can be determined when it periodically passes in front of (transits) its parent star, causing a decrease in starlight proportional to its radius. The smallest exoplanet hitherto discovered has a radius 1.42 times that of the Earth’s radius (R⊕), and hence has 2.9 times its volume. Here we report the discovery of two planets, one Earth-sized (1.03R⊕) and the other smaller than the Earth (0.87R⊕), orbiting the star Kepler-20, which is already known to host three other, larger, transiting planets. The gravitational pull of the new planets on the parent star is too small to measure with current instrumentation. We apply a statistical method to show that the likelihood of the planetary interpretation of the transit signals is more than three orders of magnitude larger than that of the alternative hypothesis that the signals result from an eclipsing binary star. Theoretical considerations imply that these planets are rocky, with a composition of iron and silicate. The outer planet could have developed a thick water vapour atmosphere.

2011 The EPOXI Discovery Mission of Opportunity reused the Deep Impact flyby spacecraft to obtain spatially and temporally resolved visible photometric and moderate resolution near-infrared (NIR) spectroscopic observations of Earth. These remote observations provide a rigorous validation of whole-disk Earth model simulations used to better understand remotely detectable extrasolar planet characteristics. We have used these data to upgrade, correct, and validate the NASA Astrobiology Institute's Virtual Planetary Laboratory three-dimensional line-by-line, multiple-scattering spectral Earth model. This comprehensive model now includes specular reflectance from the ocean and explicitly includes atmospheric effects such as Rayleigh scattering, gas absorption, and temperature structure. We have used this model to generate spatially and temporally resolved synthetic spectra and images of Earth for the dates of EPOXI observation. Model parameters were varied to yield an optimum fit to the data. We found that a minimum spatial resolution of ∼100 pixels on the visible disk, and four categories of water clouds, which were defined by using observed cloud positions and optical thicknesses, were needed to yield acceptable fits. The validated model provides a simultaneous fit to Earth's lightcurve, absolute brightness, and spectral data, with a root-mean-square (RMS) error of typically less than 3% for the multiwavelength lightcurves and residuals of ∼10% for the absolute brightness throughout the visible and NIR spectral range. We have extended our validation into the mid-infrared by comparing the model to high spectral resolution observations of Earth from the Atmospheric Infrared Sounder, obtaining a fit with residuals of ∼7% and brightness temperature errors of less than 1 K in the atmospheric window. For the purpose of understanding the observable characteristics of the distant Earth at arbitrary viewing geometry and observing cadence, our validated forward model can be used to simulate Earth's time-dependent brightness and spectral properties for wavelengths from the far ultraviolet to the far infrared. Key Words: Astrobiology—Extrasolar terrestrial planets—Habitability—Planetary science—Radiative transfer.

Properties of an Earth-like planet orbiting a Sun-like star: Earth observed by the EPOXI mission

2011 NASA's EPOXI mission observed the disc-integrated Earth and Moon to test techniques for reconnoitering extrasolar terrestrial planets, using the Deep Impact flyby spacecraft to observe Earth at the beginning and end of Northern Hemisphere spring, 2008, from a range of ∼1/6 to 1/3 AU. These observations furnish high-precision and high-cadence empirical photometry and spectroscopy of Earth, suitable as “ground truth” for numerically simulating realistic observational scenarios for an Earth-like exoplanet with finite signal-to-noise ratio. Earth was observed at near-equatorial sub-spacecraft latitude on 18–19 March, 28–29 May, and 4–5 June (UT), in the range of 372–4540 nm wavelength with low visible resolving power (λ/Δλ=5–13) and moderate IR resolving power (λ/Δλ=215–730). Spectrophotometry in seven filters yields light curves at ∼372–948 nm filter-averaged wavelength, modulated by Earth's rotation with peak-to-peak amplitude of ≤20%. The spatially resolved Sun glint is a minor contributor to disc-integrated reflectance. Spectroscopy at 1100–4540 nm reveals gaseous water and carbon dioxide, with minor features of molecular oxygen, methane, and nitrous oxide. One-day changes in global cloud cover resulted in differences between the light curve beginning and end of ≤5%. The light curve of a lunar transit of Earth on 29 May is color-dependent due to the Moon's red spectrum partially occulting Earth's relatively blue spectrum. The “vegetation red edge” spectral contrast observed between two long-wavelength visible/near-IR bands is ambiguous, not clearly distinguishing between the verdant Earth diluted by cloud cover versus the desolate mineral regolith of the Moon. Spectrophotometry in at least one other comparison band at short wavelength is required to distinguish between Earth-like and Moon-like surfaces in reconnaissance observations. However, measurements at 850 nm alone, the high-reflectance side of the red edge, could be sufficient to establish periodicity in the light curve and deduce Earth's diurnal period and the existence of fixed surface units. Key Words: Atmospheric composition—Biomarkers—Life detection—Habitability—Extrasolar terrestrial planets—EPOXI mission—Light curves—Exoplanets.

Possible thermochemical disequilibrium in the atmosphere of the exoplanet GJ 436b

2010 The nearby extrasolar planet GJ 436b—which has been labelled as a ‘hot Neptune’—reveals itself by the dimming of light as it crosses in front of and behind its parent star as seen from Earth. Respectively known as the primary transit and secondary eclipse, the former constrains the planet’s radius and mass, and the latter constrains the planet’s temperature and, with measurements at multiple wavelengths, its atmospheric composition. Previous work using transmission spectroscopy failed to detect the 1.4-μm water vapour band, leaving the planet’s atmospheric composition poorly constrained. Here we report the detection of planetary thermal emission from the dayside of GJ 436b at multiple infrared wavelengths during the secondary eclipse. The best-fit compositional models contain a high CO abundance and a substantial methane (CH4) deficiency relative to thermochemical equilibrium models for the predicted hydrogen-dominated atmosphere. Moreover, we report the presence of some H2O and traces of CO2. Because CH4 is expected to be the dominant carbon-bearing species, disequilibrium processes such as vertical mixing9and polymerization of methane into substances such as ethylene may be required to explain the hot Neptune’s small CH4-to-CO ratio, which is at least 105 times smaller than predicted.