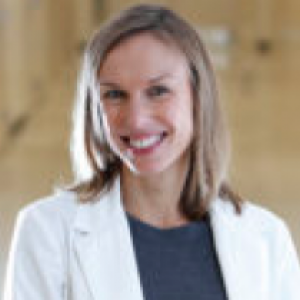 I use an evolutionary psychological approach to address a range of research questions in social psychology. Research in my lab explores how changes in an individual’s social, ecological, and motivational environments influence a variety of physiological, cognitive, and behavioral processes including health behaviors, mate preferences, social cognition, and consumer behavior. For more specific information, visit my lab’s webpage at http://personal.tcu.edu/sehill/

Psychology professor Sarah Hill of Texas Christian University has spent years researching what she would term envy. Psychologists distinguish between envy and jealousy: When it’s about coveting what someone else has that one lacks, it’s envy, whereas jealousy more precisely denotes the emotion that comes from a perceived threat in a romantic relationship or friendship...

How to Get Better at Being Jealous

Admiration isn’t as motivating as envy because there is no expectation that you will ever reach that level of awesome. With envy, on the other hand, you can envision a better version of yourself, which is a bittersweet realization. Envy is a negative feeling, but it serves a purpose. “It’s kind of like experiencing physical pain,” says Sarah Hill, a professor in the department of psychology at Texas Christian University. “When we touch something hot or we stub our toe, that sort of thing isn’t pleasant, but ultimately it provides a useful, adaptive function.” In the case of physical pain, it prevents our body from injury; in the case of something like envy, that function can help you look for ways to improve yourself or your situation, Hill suggests...

A team of researchers, led by Sarah Hill, who teaches psychology at Texas Christian University, believe they have uncovered evidence of one such lingering effect. Specifically, Hill and her colleagues found that people who grow up poor seem to have a significantly harder time regulating their food intake, even when they aren't hungry. "We found that they eat comparably high amounts regardless of their need," said Hill...

How inequality leads to obesity

The American researchers, led by Texas Christian University psychologist Sarah Hill, provide evidence that this dynamic may be established during childhood, and stubbornly persist into adulthood...

"Our research shows that growing up poor promotes eating in the absence of hunger in adulthood, regardless of one's wealth in adulthood," explains psychological scientist Sarah Hill of Texas Christian University. "These findings are important because they suggest that a person's developmental history may play a key role in their relationship with food and weight management."...

Boosting beauty in an economic decline: Mating, spending, and the lipstick effect

Journal of personality and social psychology

The cognitive consequences of envy: Attention, memory, and self-regulatory depletion

2011 In a series of 4 experiments, we provide evidence that—in addition to having an affective component—envy may also have important consequences for cognitive processing. Our first experiment (N = 69) demonstrated that individuals primed with envy better attended to and more accurately recalled information about fictitious peers than did a control group. Studies 2 (N = 187) and 3 (N = 65) conceptually replicated these results, demonstrating that envy elicited by targets predicts attention and later memory for information about them...

2011 Recent research shows that women experience nonconscious shifts across different phases of the monthly ovulatory cycle. For example, women at peak fertility (near ovulation) are attracted to different kinds of men and show increased desire to attend social gatherings. Building on the evolutionary logic behind such effects, we examined how, why, and when hormonal fluctuations associated with ovulation influenced women's product choices...

2011 Two experiments explored the possibility that specific health risks observed among young women may be influenced by attractiveness-enhancement goals associated with mating. Study 1 (n = 257) demonstrated that priming women with intersexual courtship and intrasexual competition increased their willingness to go tanning and take dangerous diet pills. Study 2 (n = 148) conceptually replicated these results and revealed that increased willingness to take these risks is mediated by diminished feelings of vulnerability to the negative health effects associated with these behaviors when mating goals are salient. Findings provide evidence that mating goals play a role in the continued popularity of these dangerous behaviors in women. Furthermore, the current results bridge the existing gap between health belief and self-presentational models of risk behaviors to yield novel insights into the psychology of risk taking.

Envy and positional bias in the evolutionary psychology of management

2006 We propose that humans have evolved at least two specialized cognitive adaptations shaped by selection to solve problems associated with resource competition: (1) a positional bias by which individuals judge success in domains that affect fitness in terms of standing relative to their reference group; and (2) envy, an emotion that functions to alert individuals to fitness‐relevant advantages enjoyed by rivals and to motivate individuals to acquire those same advantages. We present new data supporting the existence of design features of these hypothesized psychological adaptations and discuss implications for economists, organizations, marketers, and managers.