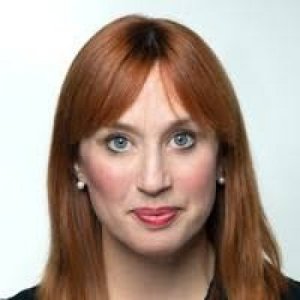 Sarah is the Head of the Birmingham School of Media at Birmingham City University. Her practice and research sits within emerging technologies and the development of immersive experiential films.

Previously, Sarah was Deputy Head of Media and Performing Arts at Coventry University and Journalism Programme Leader at University of Salford. She has largely focused on building collaborations and international partnerships. In March 2014, Sarah created the Global News Relay where a team broadcasted around the world for twelve hours collaborating with other institutions in the US, India, Australia, Malaysia, Norway.

Sarah is an Apple Distinguished Educator which puts her among a group of global leading educators experimenting and utilising technology in the classrooms. Her approach is based on mobile global collaborative learning. Funded research projects within education have used virtual reality for experiential learning in areas such as media and healthcare.

Research is focused on immersive realities (VR/AR), experiential film within 360 immersive storytelling. Sarah looks to build experiences that allow for immersion, using whatever technology she can get her hands on. She is working to define a form of film practice around immersive experiential film and play with ideas of multi sensory VR to enhance presence in an environment. Sarah is also working on a Google Digital News Initiative project, in collaboration with the Coventry Telegraph, building a VR game around the Blitz.

Sarah is a Senior Fellow of the Higher Education Academy and previously served on the on the board of the Association of Journalism Educators. She is a Trustee of the Shakespeare Birthplace Trust and holds external roles at Northampton, Leeds Trinity and an examiner for the NCTJ.

Previously, she worked for ITV as a correspondent and news anchor. Sarah has won awards for her investigative and immersive reporting. In 2007, she spent a year on secondment to New York for GMTV following Presidential candidates on the campaign trail.

The school is hosting Sarah Jones, the head of the Birmingham School of Media at Birmingham City University in the United Kingdom at this year’s freshman convocation. Jones was chosen as the speaker in keeping with the futuristic theme of the semester...

The Sensorama Revisited: Evaluating the Application of Multi-sensory Input on the Sense of Presence in 360-Degree Immersive Film in Virtual Reality

2018 It has been suggested that 360-degree immersive film viewed in virtual environments, does not allow for a sense of presence owing to the lack of interactivity, agency and realism. This paper outlines the findings of a research project to evaluate how such a sense of presence can be enabled through the introduction of multi-sensory input to the viewing experience. Using an original 360-degree film that was shot in Hong Kong’s Chungking Mansions as a basis for research, this paper interrogates Ryan’s assertion that Virtual Reality (VR) that combines interactivity, immersion and narrativity is an example of the “total art” that VR producers need to aspire to. By adding changes in heat and scent to the viewing experience, the extent to which those sensory stimuli, which would not normally be part of a viewing experience, lead to an increased feeling of presence is evaluated. In doing so, we suggest that the viewing experience may not need all three elements of total art to be equivalent in order for a meaningful viewing experience to occur.

2017 This paper conceptualises immersive journalism, and discusses the implications of the technology for users who then get a first-hand experience of being at a news event through wearing a virtual reality headset. The paper surveys current approaches to 360-degree immersive journalism films that were produced by early adopters in 2015, identifying the contrasting narrative forms and style of the stories. Focus group studies add new, significant understanding to the types of narratives that work and the impact that immersive storytelling has. The focus group is a study of 18–24 year olds in the UK who are being targeted by this new technology as a way for news broadcasters to reach a new audience. This first study into immersive journalism content produces a new understanding of the impact of the narratives. It identifies the value for news producers adopting this technology, whilst raising concerns over the production of filming 360 degrees. A framework is offered for further research studies into immersive technologies and storytelling in the field of news.