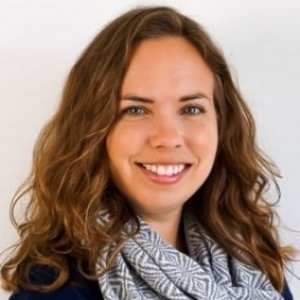 Knutie is an Assistant Professor whose research spans both fundamental and applied ideas in ecology, particularly with host-parasite systems. She received her PhD from the University of Utah with Dale Clayton in 2014 where she studied invasive disease ecology. Her dissertation explored the effect of an introduced parasitic nest fly Philornis downsi on birds in the Galapagos, how birds defend themselves against P. downsi (Knutie et al. Ecology), and why P. downsi is widespread in the Galapagos (Knutie et al. Ecosphere). She also established a method ('self-fumigation') for controlling the fly in bird nests (Knutie et al. Current Biology). During her post-doc in Jason Rohr's lab at the University of South Florida, she explored the role of host-associated microbiota in disease ecology (Knutie et al. Nature Communications). She is particularly interested in whether the early-life microbiota of hosts mediate the effect of environmental factors (e.g. pollution, climate change, resource availability) on disease risk. She also has a passion for teaching, especially when she can incorporate a hands-on field component, and mentors an amazing group of female scientists. Google Scholar Page

"Our study found that a disruption of bacteria in tadpoles has enduring negative effects on how adult frogs deal with their parasite," Sarah Knutie, a biologist. "These results suggest that preventing early-life disruptions of bacteria by factors such as nutrition, antibiotics and pollution, might confer protection against diseases later in life."

Finding a method to control the flies has become a top priority for scientists studying the Galapagos birds. “There are currently no methods to effectively combat the parasite,” said Sarah Knutie, one of the researchers.

Earlier this month, a study by Sarah Knutie tested an ingenious way to get finches to fumigate their own nests. They set up dispensers for cotton laced with insecticide, which the birds incorporated into their nests, protecting them from infestation.

The birds that helped inspire the theory of evolution could go extinct in just decades, scientists have warned. Researchers say Darwin's finches could be wiped out by parasitic flies that arrived on the islands in the 1960s in as little as 50 years.

2017 Changes in the early-life microbiota of hosts might affect infectious disease risk throughout life, if such disruptions during formative times alter immune system development. Here, we test whether an early-life disruption of host-associated microbiota affects later-life resistance to infections by manipulating the microbiota of tadpoles and challenging them with parasitic gut worms as adults. We find that tadpole bacterial diversity is negatively correlated with parasite establishment in adult frogs: adult frogs that had reduced bacterial diversity as tadpoles have three times more worms than adults without their microbiota manipulated as tadpoles...

2017 Resource availability can significantly alter host–parasite dynamics. Abundant food can provide more resources for hosts to resist infections, but also increase host tolerance of infections by reducing competition between hosts and parasites for food. Whether abundant food favors host resistance or tolerance (or both) might depend on the type of resource that the parasite exploits (e.g., host tissue vs. food), which can vary based on the stage of infection...