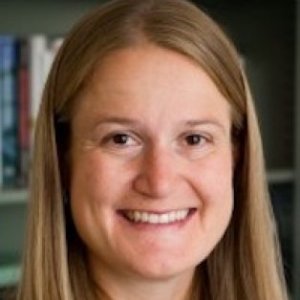 
Sarah Reckhow is an expert on education policy, urban and state politics, and philanthropy and nonprofits in public policy. 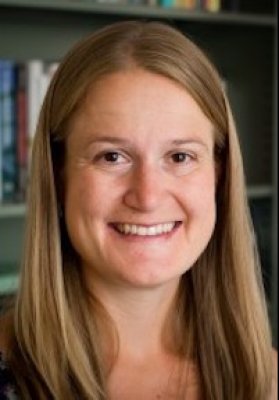 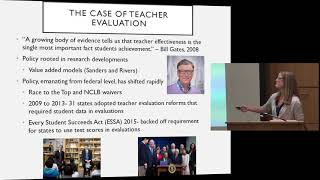 Sarah Reckhow is an Associate Professor in the Department of Political Science at Michigan State University. Her research and teaching interests include urban politics, education policy, nonprofits and philanthropy, and racial and ethnic politics. Reckhow’s work on urban schools has focused on policy reforms in New York City, Los Angeles, Oakland, and Detroit. Her award-winning book with Oxford University Press, Follow the Money: How Foundation Dollars Change Public School Politics, examines the role of major foundations, such as the Gates Foundation, in urban school reform. Reckhow was awarded a research grant from the W.T. Grant Foundation (with Megan Tompkins-Stange) to study the use of research evidence in the development of teacher quality policy debates. She has recently published articles in the Journal of Urban Affairs, Policy Studies Journal, and Planning Theory. Reckhow is affiliated with the Global Urban Studies Program and the Education Policy Center at Michigan State. She received her Ph.D. from the University of California, Berkeley in 2009. Previously, Reckhow taught history and government at Frederick Douglass High School in the Baltimore City Public Schools.

Rocky Path Ahead as Chicago Transitions to Elected School Board

After decades of organizing by parents, activists and unions, Chicago is on the verge of having a fully-elected school board for the first time in its history. However, the Chicago plan has prompted backlash, even from supporters, and disagreement over what's next. There's also more chance that national issues having little to do with school operations will creep into board matters, said Sarah Reckhow, a Michigan State University professor who co-wrote a book about money in board races. She said Chicago can expect heavily contested races with an elected board. She said: “It will create a new competitive realm of electoral politics for the city.”

The rise of Black homeschooling

The National Parents Union paid for a grant [to fund a homeschooling collective called Engaged Detroit] with money from Vela Education Fund which is backed by the Walton Family Foundation and the Charles Koch Institute. These groups advocate “school choice” — rerouting money and families away from traditional public schools through such means as charter schools, which are publicly funded but privately managed, and vouchers, which allow public-education dollars to be put toward private-school tuition. Sarah Reckhow, an associate professor of political science at Michigan State University told me that the Waltons “have been consistently a key funder of the charter-school movement.” Since 1997, the Walton foundation has spent more than four hundred million dollars to create and expand charter schools nationwide.

College students are less likely than older generations. Just 46.1% of 18 to 29 year olds voted in 2016, according to U.S. Census data, compared with about 70.9% of voters at least 65 years old and 66.6% of adults between the ages of 45 to 64. But this year, college students around the country are expected to vote in record numbers. “I do expect to see (high student voter turnout),” said Sarah Reckhow, an associate professor of political science at MSU, who said the COVID-19 pandemic, the Black Lives Matter movement and political turmoil have helped increase enthusiasm among student voters. “Young people were especially engaged. I would connect a number of different dots here that shows this election…the level of interest is extraordinary.”

This op-ed was written by Sarah Reckhow, a professor of political science at Michigan State University, who serves on the MSUvote committee. We, as Michiganders and Americans, cannot let the COVID-19 pandemic stop us from voting in the 2020 federal election. Voters in our state passed a package of measures in 2018 that provide voters with multiple options to ensure their vote is safe and secure. In 2018, Michigan adopted a package of election reforms, known as Proposal 3. These reforms include no-excuse absentee voting (enabling voters to request an absentee ballot without providing a reason) and same day voter registration (enabling voters to register and cast a ballot on the same day, including Election Day).

Detroit and Flint keep relying on private money to solve public problems. Why?

In most U.S. public schools, it’s no big deal when students sip water from a drinking fountain — but it is in Detroit and Flint, Mich. Detroit’s 2018-2019 school year began with the school system’s water shut off because of elevated levels of toxic lead. In Flint, school officials have kept the tap water off since the 2014 lead-in-water crisis; this year, they sought funding for drinking water stations for the 2018-2019 school year.

“We work with partners to identify projects where student interns can contribute in meaningful ways to support the work of public agencies and nonprofits in Detroit,” said Reckhow.

In June 2016, when Gov. Rick Snyder signed legislation to provide a financial bailout for the old Detroit Public Schools and set up a new debt-free school district, many lawmakers were hopeful that the long-running fiscal problems of Michigan’s largest and most challenged school district were now in the rearview mirror. Yet that hope is far from reality. A problem left unaddressed in the legislative package was Michigan’s approach to financing special education services, and that omission has the real possibility of derailing the fresh start provided to Detroit’s primary public school option.

“If I were a state legislator, I would certainly be wondering about motives,” said Sarah Reckhow, an assistant professor of political science at Michigan State University. “You want to see public investment in a skill set that is the skill set you need for your business?”

Learn from the costly mistakes of failed EAA

It has been nearly five years since Gov. Rick Snyder announced the formation of the Education Achievement Authority, an agreement between Detroit Public Schools and Eastern Michigan University to turn around low-performing schools. As the state Legislature debates plans to salvage DPS from financial collapse, the impending demise of the EAA (which currently operates 15 schools in Detroit) has become a scarcely noticed sidebar.

2018 We examine the spread and influence of ideas supported by philanthropic foundations within the context of a broader policy network. Our case focuses on the development of policy related to teacher quality—a field involving academic research, think tank involvement, and interest group participation. We conduct discourse network analysis of testimony from 175 Congressional hearings from 2003 to 2015 to examine network ties based on shared policy preferences expressed in hearings, which were used to create networks linking policy actors via shared policy preferences.

“Outsiders with Deep Pockets”: The Nationalization of Local School Board Elections

2016 Recent election cycles have seen growing attention to the role of “outside” money in urban school board elections. Using an original data set of more than 16,000 contributions covering election cycles from 2008 to 2013 in four school districts (Los Angeles, CA; New Orleans, LA; Denver, CO; Bridgeport, CT), we show how large national donors play a significant role. Our study links two dynamic fields that are rarely studied together: (1) the behavior of wealthy donors in a changing national campaign finance system and (2) the evolving politics of urban education. By examining donor networks, we illuminate the mechanisms behind the nationalization of education politics and national donor involvement in local campaigns. We show that shared affiliations through education organizations are significantly associated with school board campaign contributions.

Capacity and Equity: Federal Funding Competition Between and Within Metropolitan Regions

2015 Major federal grant programs in areas such as transportation, neighborhood development, and education increasingly rely on competition to award funds. Yet the capacity to develop a competitive application for funds can vary widely, with some places lacking civic resources that contribute to successful grant applications. Moreover, not all civic actors and priorities have similar levels of involvement in grant seeking; in particular, low‐income communities may be left out of the process. Our research examines how two forms of capacity—civic and equity advocacy—affect the distribution of federal transportation grants between and within metropolitan regions. We use multiple methods of analysis, including comparative case studies of transportation projects in Miami and Orlando, as well as a cross‐sectional quantitative analysis of competitive transportation grants. First, we assess how civic capacity affects whether a region secured federal transportation funding and find that civic capacity is positively associated with receiving competitive transportation grants in both the case studies and quantitative analysis. Second, we examine whether equity advocacy capacity within a region is associated with grant project benefits for low‐income communities. Based on the case studies, we find that equity advocacy capacity may be a key condition in order for grants to benefit low‐income communities, and our exploratory quantitative analysis further supports for this finding. Overall our findings substantiate concerns that competition for federal awards could exacerbate disparities between and within regions.

Policy Cues and Ideology in Attitudes toward Charter Schools

2014 Charter schools have generated support from politicians in both major American political parties while stimulating intense debate among interest groups. We investigate whether and how public attitudes reflect interest group polarization or politician consensus. Using an original survey, we find that charter school opinions diverge along ideological lines among high‐information respondents. With embedded experiments, we manipulate respondents' information using policy cues tied to opposing sides of the charter debate: We assess whether the role of private companies and nonunion teachers changes support for charter schools. We find that the public responds favorably to some informational cues; conservatives without prior information are especially persuaded by information about nonunion teachers. This explains how polarized opinion can develop even in the absence of strong partisan sorting among top political leaders and clarifies the partisan and ideological context of ongoing education policy debates.

2012 Over the past decade, scholars from various fields have argued that the salience of the metropolitan region as a scale of real economic interaction and public intervention has increased significantly. Simultaneously, many scholars have identified a shift in governing processes away from formal bureaucratic forms toward “network governance.” This article joins these fields by (1) evaluating the challenges and opportunities posed by network governance systems in a range of policy venues from the local to the global level, and (2) applying these insights to the problem of economic inequality within metropolitan regions and the multiple efforts to address it. Although we are sympathetic with the goals of regional equity and the participatory promise of network governance, our objective is to paint a realistic picture of the limits to joining these agendas. We conclude that, for equity issues, public deliberation does not take place around one fixed “table”—limiting the usefulness of much of the governance literature. Instead, public deliberation around social equity occurs in an evolutionary manner as members of progressive networks engage networks of business and pro-growth interests in a series of skirmishes throughout a region and over time. More often than not, these exchanges occur at “real scales” such as city-council chambers or state legislatures, and involve traditional forms of political action rather than “network governance” per se.