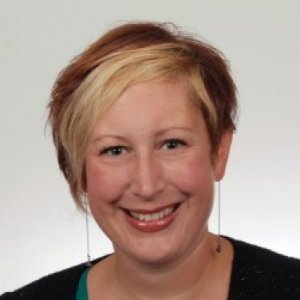 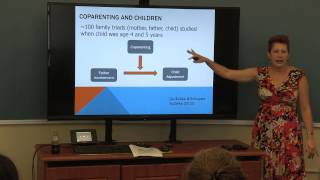 I am a professor of Human Sciences and Psychology (by courtesy) and a faculty associate of the Crane Center for Early Childhood Research and Policy. I am also a Fellow of the National Council on Family Relations.

I received my Ph.D. in Psychology (Developmental) from the University of Illinois at Urbana-Champaign in 2003. My undergraduate degree was also in Psychology from Northwestern University.

Sarah Schoppe-Sullivan, a human sciences professor at Ohio State, is making it a family vacation. Her husband, a statistician, and her daughter, who wants to become a cat cognition researcher, will make the trip, too.

“People have natural curiosity about the world, and science lets us harness that. It’s a powerful thing,” Schoppe-Sullivan said. “This is one of the things we’re the most passionate about as a family.”...

In fact research shows that holding your mothering skills to a high standard – or believing others do – can paradoxically make you a worse mother. Sarah Schoppe-Sullivan, a professor of human development and family science from The Ohio State University found that striving to the perfect mother can backfire and make make you a worse one...

On Jan. 21, in a collective demonstration of historic proportions, millions of women marched in Washington, D.C. and other cities around the world in support of key policy issues such as reproductive rights, equal pay for equal work and support for balancing work and family...

Even armed with a Ph.D. in developmental psychology, I remember the frightening first moments after bringing my newborn daughter home from the hospital. I wasn’t sure what to do – and not at all confident that I was capable of being the parent she needed me to be. Every little decision about feeding and caring for this helpless human seemed momentous and fraught with anxiety. What if I don’t make it a full year of breastfeeding? Should I turn off the TV whenever she is in the room to avoid passive screen exposure? Is it OK for her to enter full-time day care at five months?...

While many new mothers are active on Facebook, these results suggest some seem to be more drawn to the site than others and may use it in less-than-healthy ways, said Sarah Schoppe-Sullivan, lead author of the study and professor of human sciences at The Ohio State University.

“If a mother is posting on Facebook to get affirmation that she’s doing a good job and doesn’t get all the ‘likes’ and positive comments she expects, that could be a problem. She may end up feeling worse,” Schoppe-Sullivan said...

The bottom line is that new mothers are assessing their partners’ suitability to be a parent, said Sarah Schoppe-Sullivan, co-author of the study and professor of human sciences at The Ohio State University.

“New mothers are looking at their partner and thinking, ‘Is he going to be here for the long haul? Does he know what he is doing with children?’” Schoppe-Sullivan said...

“These are the couples you would expect to have the most egalitarian relationships,” Kamp Dush said.

“They have the education, the financial resources and the other factors that researchers have believed would lead to equal sharing of responsibilities. But that’s not what we found.”...

It may seem that fathers who are better at this positive parenting behavior would be more engaged with their infants, but that is not always the case, said Sarah Schoppe-Sullivan, lead author of the study and professor of human sciences at The Ohio State University.

“A lot of the father’s involvement depends on what is going on with the mom, at least in the first few months after birth,” Schoppe-Sullivan said...

“The extent to which couples support or undermine each other’s interactions with the doll predicts their co-parenting behavior a year later,” said Sarah Schoppe-Sullivan, co-author of the study and professor of human sciences at The Ohio State University.

“We saw the same kinds of behaviors between parents when they were interacting with their baby that we saw a year earlier with the doll.”

Co-parenting refers to how parents work together as they raise a child...