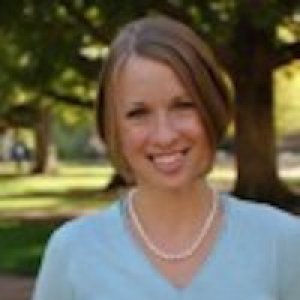 
Sarah Treul specializes in American political institutions, with an emphasis on the U.S. Congress and courts. 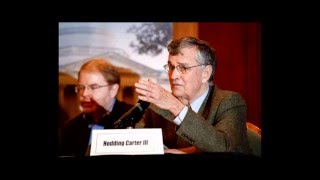 Sarah Treul is Bowman and Gordon Gray Term Professor of political science in UNC's College of Arts and Sciences. She specializes in American political institutions, with an emphasis on the U.S. Congress and courts. She earner her B.A. in Political Science and Psychology from Wellesley College and her M.A and Ph.D. (both in Political Science) from the University of Minnesota. Her research interests include the voting behavior of U.S. senators, bicameralism, and state delegations in Congress. She is currently working on a project analyzing how a decline in state economic interests has contributed to polarization in Congress. She also is a faculty affiliate of the Center for Effective Lawmaking at Vanderbilt University and the University of Virginia.

Sarah Treul, an associate professor of political science at the University of North Carolina at Chapel Hill, joined the podcast to discuss the history of the political outsider. Treul explains how outsiders elsewhere have fared and what factors to consider as the Lee and Dean race heats up.

Can Science Save Politics? Or Will Politics Ruin Science?

Incumbency is still the primary factor that determines whether a candidate will win an election, said Sarah Treul, a professor of political science at the University of North Carolina at Chapel Hill.

Inexperienced candidates are becoming more common, but only in one party

Republicans are electing more inexperienced candidates than they used to, and more than Democrats.

The Tea Party’s presence in primaries benefits the general election result in the Republican Party’s favor.

With the rise in prominence and influence of conservative politicians such as Senators Ted Cruz and Rand Paul in recent years, the role of the Tea Party in U.S. politics has become more and more important. In new research, Caitlin E. Jewitt and Sarah A. Treul examine how the presence of a Tea Party candidate – a divisive election – affects general election results compared to elections that are simply competitive. They find that competitive primaries increase turnout rates, but do little for a party’s election result. They also find that while the presence of a Tea Party candidate in the general election means that the Republican Party performs 1.7 percent better than expected, when there had been a competitive primary, there is no additional effect...

March 29, 2012 The Supreme Court heard oral arguments this week on the constitutionality of the 2010 health care reform law. ... A state-of-the-art model created by professors Ryan Black of Michigan State, Sarah Treul of the University of North Carolina, Timothy Johnson of the University of Minnesota, and Jerry Goldman of Chicago-Kent College of Law suggests that the court will declare the individual mandate unconstitutional by a 5-4 vote

Congress and the Presidency

Agenda Crossover: The Inﬂuence of State Delegations in Congress

Party Committee Targeting and the Evolution of Competition in U.S. House Elections

The Symbolic and Substantive Representation of LGB Americans in the U.S. House

Assessing Strategic Voting in the 2008 US Presidential Primaries: The Role of Electoral Context, Institutional Rules, and Negative Votes

2014 ABSTRACT: We examine the effects of competitiveness and divisiveness in the 2010 congressional election, as the emergence of the Tea Party resulted in many competitive Republican primaries and highlighted significant divisions within the party. We find that ...

Indirect presidential influence, state-level approval, and voting in the US Senate

2012 ABSTRACT: In the current era of polarization, bipartisanship between a president and senators of the opposite party seems unlikely. Yet, we expect that given a senator's desire to please his constituents and ensure reelection, if a president is popular with constituents in a ...

2011 ABSTRACTS: Students of linguistics and psychology demonstrate that word choices people make convey information about their emotions and thereby their intentions. Focusing on theory from these related fields we test whether the emotional content of Supreme Court justices' ...

Inquiring Minds Want to Know: Do Justices Tip Their Hands with Questions at Oral Argument in the US Supreme Court?

Ambition and party loyalty in the US senate

2008 ABSTRACT: This article examines the role progressive ambition plays in the US Senate. I analyze the effect ambition has on party loyalty in the upper chamber. The theoretical argument is that senators with ambition for higher office are more loyal to the party than ...