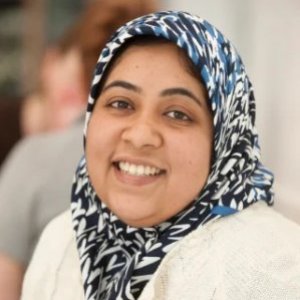 Dr Sariya Cheruvallil-Contractor specialises in how people engage with religion and with religious beliefs. 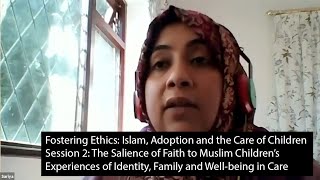 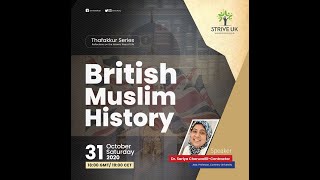 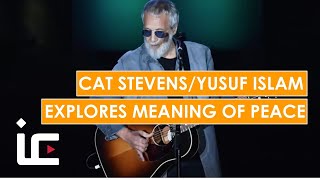 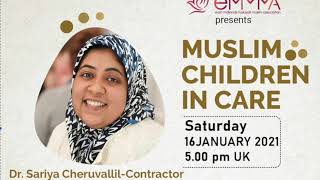 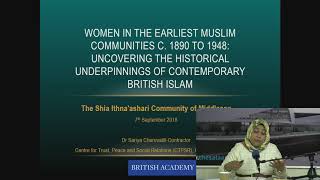 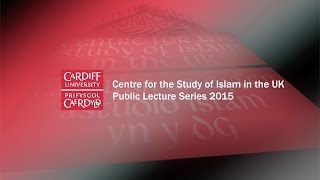 Dr Sariya Cheruvallil-Contractor is Assistant Professor in Faith and Peaceful Relations in the Centre for Trust, Peace and Social Relations at Coventry University. She specialises in how people engage with religion and with religious beliefs. Her work explores aspects such as personal experiences of religion, relations between different religions, the role of religion in healing communities and division, the unheard voices from minority religions, and those who don’t have any religious belief or challenge all religions. She has a particular emphasis on Islam, Muslim women's experiences of faith, and inter-faith relations.

Sariya is the Chair of the Muslims in Britain Research Network and is a Visiting Fellow at the Advanced Centre for Women's Studies, Tata Institute of Social Sciences in Mumbai. She is the author of several reports and texts including: Muslim Women in Britain: Demystifying the Muslimah and Religion or Belief, Discrimination and Equality: Britain in Global Contexts. She has been working on a 3-year funded project that is examining Islam on Campus (exploring the narratives around Islam on university campuses, with regard to radicalisation, gender and inter-faith relations). Other projects include examining how religious minority students engage with university campuses in India, the evolution of religion during the 50 years since the release of Cat Stevens’ song Peace Train, and adoption and foster care in Britain (drawing on her own personal experience as an adoptive parent).

2020 Coventry University for research on Muslim children in care

Too Young to Veil?

There is lots of discussion around when we started seeing this increase in young girls wearing hijab, but there is no quantitative research because you can’t really count who was wearing the hijab when. However what you do see is that the sad events of 9/11 were quite a catalyst – the event brought Islam to the front of people’s minds, both Muslim and non-Muslim, and there is significant evidence to suggest that, particularly with younger Muslims who were growing up then, they began to ask questions that older generations possibly hadn’t asked.

This project, led at Soas University of London by myself and Dr Aisha Phoenix, with Professor Mathew Guest (Durham), Dr Shuruq Naguib (Lancaster) and Assistant Professor Dr. Sariya Cheruvallil-Contractor (Coventry), is the largest data set yet collected about Islam on campus. In total, 2,022 students attending 132 universities answered a detailed online survey. We also collected and analysed 140 hours of interviews from six campuses.

Feminist Approaches within the Sociology of Religion

Research in the Social Scientific Study of Religion, Volume 31

In the struggle for equality and rights for women, feminist scholarship developed methodological frameworks that can be used to challenge the marginality of any ‘othered’ group in society, who may be marginalised on account of ethnicity, gender, sexuality, religion, or age. Whereas early feminism was critiqued as being a White, Western, middle class movement, it evolved (and continues to evolve) into a philosophical paradigm that is inclusive of the diverse ways of being a woman and of the diverse ways of being human.

Women in Britain’s First Muslim Mosques: Hidden from History, but Not Without Influence

Two of the earliest Muslim communities in Britain evolved around the first mosques in Liverpool and Woking (both—1889). The history of these early British Muslims is being recovered but little is known about the women (usually converts) in these communities. This article will draw upon original findings from archival research, to examine ‘leadership’ that women in these communities undertook and their influence in shaping their nascent British Muslim communities. The practical, theological and philosophical negotiations around gender roles, female leadership, and veiling and the social contexts within which they took place are examined.

Higher education is not just a context for formal, curricula-based learning. Students also learn from their wider university experiences, as they meet and interact with people from different backgrounds, beliefs and values. The university and college experience helps students become people who respect the social diversity around them and thrive in religiously diverse and multicultural environments.

The Right to be Human: How Do Muslim Women Talk about Human Rights and Religious Freedoms in Britain?

This article examines existing literature and data from qualitative fieldwork with Muslim women in Britain to analyse their narratives of human rights and freedom, as they live within plural European contexts. In scared, securitised and polarised Europe, Muslim women have become visible markers of otherness. Each Muslim woman becomes a fulcrum upon which Western values and morality are measured against the “other”, its values, its beliefs and its choices.

The Politics of Being Muslim and Female: Religion, Feminism and Hierarchies of Knowledge

Routledge Handbook of Religion and Politics

By prioritising male ways of being and knowing, existing social hierarchies marginalise women (Le Doeuff 1998). For centuries women have been engaging in activism to challenge their marginalisation and to demand equal recognition of women’s contributions to civilisation. Such activism by and for women is ‘politics’, yet for ‘for most of its history, western political theory has ignored women’ (Bryson 2003: 1).