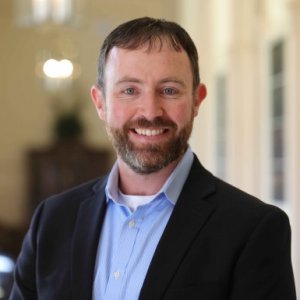 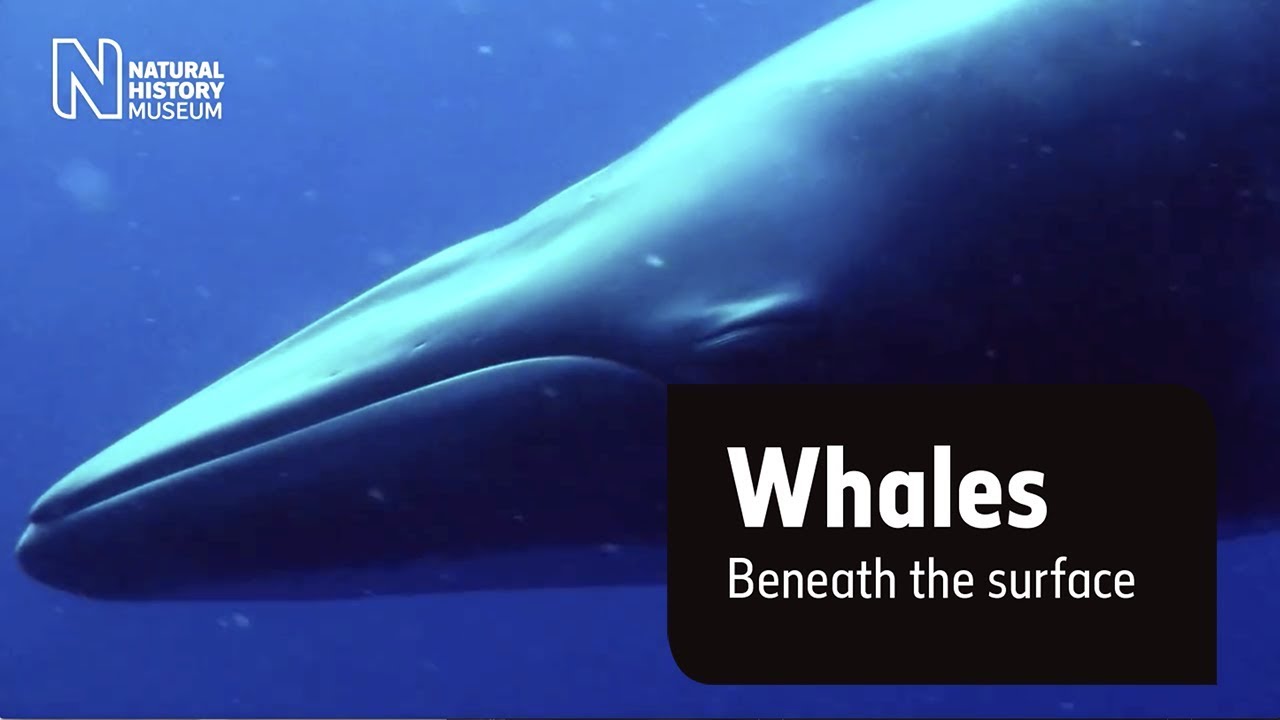 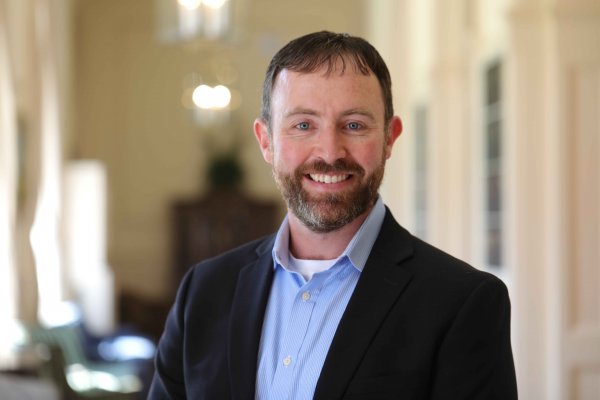 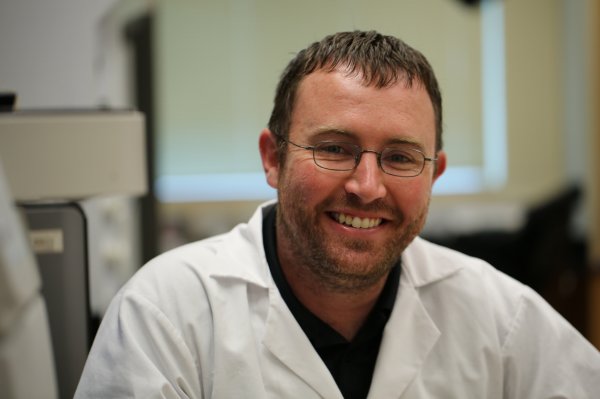 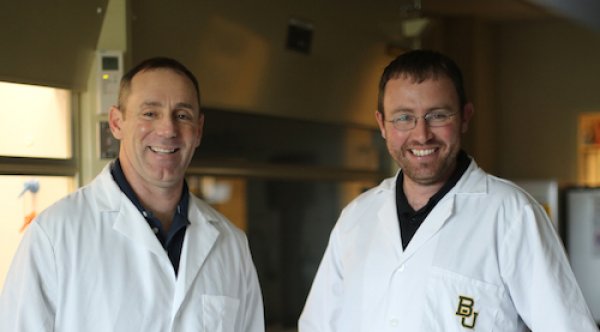 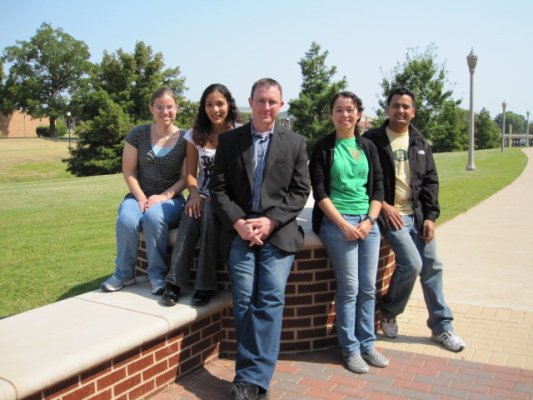 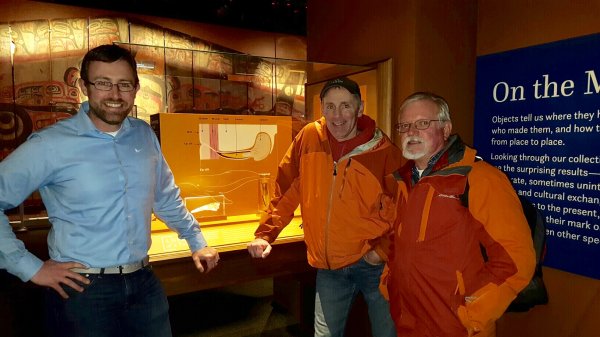 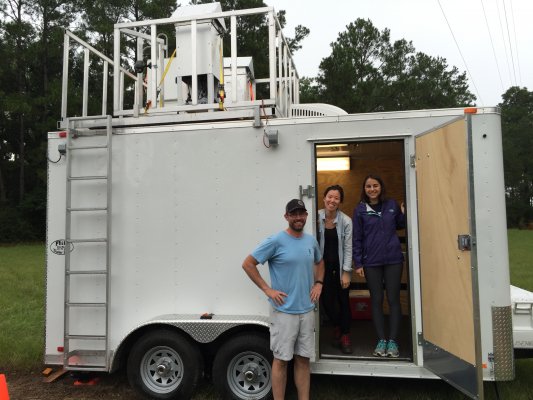 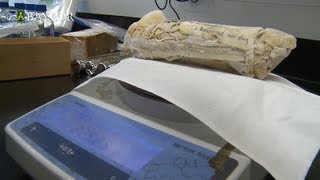 Using a wide range of analytical techniques such as pressurized liquid extraction and GC/MS, he reconstructed more than 280 contaminant profiles for 14 national parks throughout the western United States. Now using similar analytical techniques, his laboratory has developed the ability to reconstruct organic contaminant and mercury profiles for an individual whale using its laminated earwax plug.

As an analytical and environmental chemist, he was fascinated to learn that many whale species accumulate layers of wax in their ear canal forming an earplug over their entire lifespan, which is sealed from the external environment.

"I was elated to then learn that scientists in the past have used this waxy matrix as an aging tool, similarly to counting tree rings," Usenko said. "Then the question arose, could earwax plugs chronologically archive fat-soluble chemicals, such as man-made pollutants?"

Over the past two years, Usenko's laboratory has been working on developing the analytical methods capable of answering that very question.

"The answer is an emphatic yes! I am happy to report we now have the analytical methods capable of measuring organic contaminants, mercury, and now hormones in whale earwax," Usenko said. "Utilizing these methods, we can now reconstruct lifetime chemical profiles (i.e. from birth to death) for an individual whale for the first time."

The Transformation and Bioavailability of Persistent, Bioaccumulative, and Toxic Chemicals in the Environment

Awarded to Sarah Guberman for the Usenko Lab's work on pesticides.

What Can The Earplugs Of Whales Tell Us About World War II?

Whales earplugs don't block out sound. But they do provide a history of what the whale has felt during its life. Baleen whales live for several decades, so by stitching together earplug records across several individual whales, scientists can examine whale reactions to major historical events.

Whether working in commercial environmental laboratories or academia, many analytical chemists agree that the number and variety of pollutants requiring analysis today is straining the capabilities of current methods and technologies, the introduction of new standard methods is far too slow, and the community sorely needs a system by which new and up-to-date methods are more easily developed, shared, and adopted. These issues were all raised in some recent LCGC roundtable discussions.

What can we learn from whales' earplugs?

Second in a three part exclusive online look at content from the Natural History Museum's Whales: Beneath the surface exhibition.

Whale earwax tells a story. In 2013, Baylor Associate Professor of Biology Stephen Trumble and Associate Professor of Environmental Science Sascha Usenko developed a novel technique to study whales’ exposure to pollutants and environmental stressors through the examination of whale earwax. In a follow-up to that groundbreaking study, Trumble and Usenko have released new research uncovering whale stress response to whaling, pollutants, climate and other man-made events. They share more in Baylor Connections.

The furies of war and the perils of climate change perpetuate stress, and not only in humans. Just check whale earwax, Baylor University researchers say. The new study found that whales have been stressed for nearly 150 years, based on the determination of cortisol, a stress-induced hormone, located in thick earplugs of wax.

In a follow-up to their groundbreaking study, Baylor researchers were able to reconstruct baleen whales' lifetime stress response to whaling and other manmade and environmental factors spanning nearly 150 years.

The History of the Oceans Is Locked in Whale Earwax

The massive plugs contain spikes and dips of stress hormones that perfectly match the history of modern whaling.

According to comparative physiologist Stephen Trumble of Baylor University and his team of researchers, each plug contains a history of a whale's sub-lethal stressors. Their study, just published in Nature Communications, reveals for the first time what our activities for the last 146 years have been like for leviathans.

A new Baylor University study, published in Nature Communications, showed that fin whales, blue whales and humpback whales experienced a physical stress response when they were hunted on an industrial scale. Researchers Stephen J. Trumble, Ph.D., associate professor of biology, and Sascha Usenko, Ph.D., associate professor of environmental science, both in Baylor’s College of Arts & Sciences, examined whale earplugs from the UK’s Natural History Museum’s reference collection, the collection of the Smithsonian National Museum of Natural History in the United States and samples taken of recent strandings, which can reveal the type and quantities of hormones inside a whale's body at various points in its life.

For Scientists, Chunks of Whale Earwax Can Be Biological Treasure Troves

One day about five years ago, Trumble, who specializes in marine mammal physiology, was talking about these layers with his colleague Sascha Usenko, director of Baylor’s Environmental Science Graduate Program and an atmospheric and environmental chemist. “And he said, ‘It’s a lot like the sediment core stuff where you count layers in the sediment,’ and we both looked at each other and said, okay… ’’ In Usenko’s experience, sediment cores were treasure troves of information about past climate and environments...

When Sascha Usenko, a colleague of Trumble’s who is an analytical chemist, learned that earplugs were used to tell a whale’s age, he suspected there might be chemicals inside that could be analyzed over the whale’s lifetime. He and Trumble managed to get a foot-long earplug from a blue whale that had been killed in a collision with a ship off the coast of California in 2007. The earplug revealed that the whale was about 12 years and six months old when he died. The chemical analysis of the earplug showed that the whale received a large load of organic pollutants — about a fifth of its lifetime exposure — from its mother during its first year, either while in the womb, while nursing or both. Its testosterone levels peaked at age nine, suggesting that was when it reached sexual maturity. Previously, scientists weren’t sure when whales were old enough to breed. 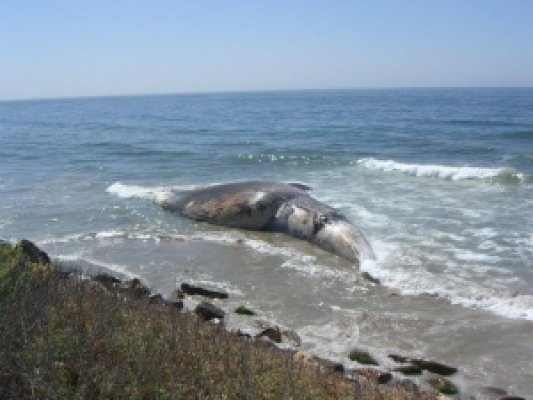 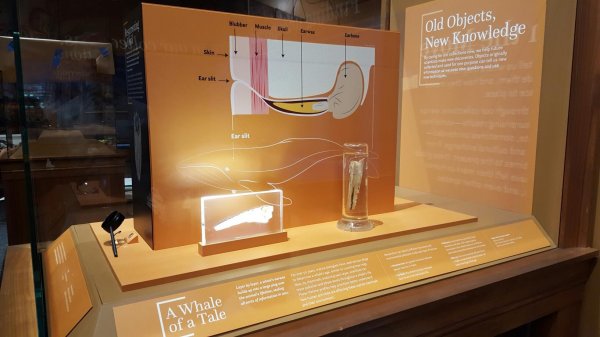 Temporal variation in groundwater quality in the Permian Basin of Texas, a region of increasing unconventional oil and gas development Science of the Total Environment

2016 The recent expansion of natural gas and oil extraction using unconventional oil and gas development (UD) practices such as horizontal drilling and hydraulic fracturing has raised questions about the potential for environmental impacts. Prior research has focused on evaluations of air and water quality in particular regions without explicitly considering temporal variation; thus, little is known about the potential effects of UD activity on the environment over longer periods of time. Here, we present an assessment of private well water quality in an area of increasing UD activity over a period of 13 months. We analyzed samples from 42 private water wells located in three contiguous counties on the Eastern Shelf of the Permian Basin in Texas. This area has experienced a rise in UD activity in the last few years, and we analyzed samples in four separate time points to assess variation in groundwater quality over time as UD activities increased. We monitored general water quality parameters as well as several compounds used in UD activities. We found that some constituents remained stable over time, but others experienced significant variation over the period of study. Notable findings include significant changes in total organic carbon and pH along with ephemeral detections of ethanol, bromide, and dichloromethane after the initial sampling phase. These data provide insight into the potentially transient nature of compounds associated with groundwater contamination in areas experiencing UD activity.

Spatial and Temporal Distribution of Current-Use Pesticides in Atmospheric Particulate Matter in Houston, Texas Bulletin of Environmental Contamination and Toxicology

2016 The atmospheric concentrations of seven current-use pesticides in particulate matter were determined at four locations throughout the Houston metropolitan area in TSP and PM2.5 samples from September 2013. Atmospheric concentrations in both TSP and PM2.5 ranged from below method detection limits (MDLs) to nearly 1100 pg m−3. The three compounds most frequently detected above MDLs were chlorothalonil, bifenthrin, and λ-cyhalothrin. Atmospheric chlorothalonil concentrations were above 800 pg m−3 in several TSP samples, but

2015 Sample preparation represents about two-thirds of the cost of analysis and often presents logistical bottlenecks in analytical and environmental chemistry laboratories, thus reducing our capacity and preparedness to quantify organic pollutants rapidly and accurately. Selective pressurized liquid extraction (SPLE) is an analytical technique that builds upon PLE by incorporating matrix-compound (i.e. interference) retainers into the extraction step, thereby reducing sample-preparation steps and increasing sample throughput. SPLE methods offer distinct advantages over traditional methods, namely reduction in the costs intrinsic to sample preparation (i.e. time, solvents, labor, laboratory space, training, and potential loss of analytes). The ability to analyze and to evaluate rapidly a large number of samples directly increases the analytical capacity and preparedness of a laboratory for certain situations (e.g. large-scale studies or environmental emergencies). We review the analytical improvements via SPLE and its wide-ranging applications.

2014 The Houston Ship Channel (HSC), connecting Houston, Texas to Galveston Bay and ultimately the Gulf of Mexico, is heavily industrialized and includes several areas that have historically been identified as containing significant levels of mercury, dioxins, furans, polychlorinated biphenyls (PCBs), and polycyclic aromatic hydrocarbons (PAHs). Gulf killifish, Fundulus grandis, inhabit this entire estuarine system, including the most contaminated areas. F. grandis is the sister species of the well-established estuarine model organism Fundulus heteroclitus, for which heritable resistance to both PCB and PAH toxicity has been documented in several populations. F. grandis collected from two Superfund sites on the HSC and from a reference population were used to establish breeding colonies. F1 embryos from HSC populations were approximately 1000-fold more resistant to PCB126- and 2–5-fold more resistant to coal tar-induced cardiovascular teratogenesis, relative to embryos from the reference population. Reciprocal crosses between reference and contaminated populations exhibit an intermediate level of resistance, confirming that observed protection is genetic and biparentally inherited. Ethoxyresorufin-O-deethylase (EROD) data confirm a reduction in basal and induced cytochrome P4501A (CYP1A) activity in resistant populations of F. grandis. This result is consistent with responses previously described for resistant populations of F. heteroclitus, specifically a recalcitrant aryl hydrocarbon receptor (AHR) pathway. The decreased levels of cardiovascular teratogenesis, and decrease in CYP1A inducibility in response to PCB126 and a PAH mixture, suggest that HSC F. grandis populations have adapted to chronic contaminants exposures via a mechanism similar to that previously described for F. heteroclitus. To the best of our knowledge, this is the first documentation of evolved pollution resistance in F. grandis. Additionally, the mechanistic similarities between the population adaptation observed in this study and previous work in F. heteroclitus suggest that genetic variation predating the evolutionary divergence of these two species may best explain the apparent rapid parallel evolution of pollution resistance in genetically and geographically distinct species and populations.

2013 As engineered nanoparticles (NPs) are increasingly used, their entry into the environment has become an important topic for water sustainability. Recent investigations point to the critical role of natural organic matter (NOM) in altering the persistence of NPs by complexing with their surfaces. The NP-NOM complex, in turn, is the new entity that may potentially influence subsequent fate of NPs. To understand the relative impact of humic (HA) and fulvic fraction of NOM on the stability and mobility of silver nanoparticles (AgNPs), a combination of dynamic light scattering and quartz crystal microgravimetry with dissipation monitoring was used. In the absence of unbound NOM, (1) surface modification on either AgNP or silica substrate by different NOM fractions could lead to substantial changes in the extent and kinetics of AgNP aggregation and deposition, and (2) HA has a greater capability to enhance the transport of AgNPs by reducing their aggregation and deposition. With unbound NOM, HA seems to compete more successfully for binding sites on the substrate under electrostatically favorable conditions and formed a steric layer to prevent subsequent deposition of AgNPs. These findings highlighted the importance of NOM fraction in the overall environmental partitioning of AgNPs.