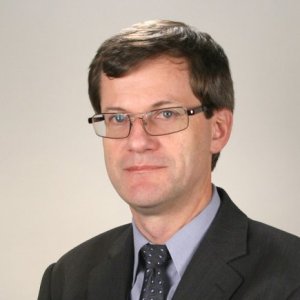 Alexander Fedorikhin is an associate professor of marketing at Indiana University's Kelley School of Business in Indianapolis. Professor Fedorikhin’s research projects examine the interplay of the emotional and the cognitive influences in consumer decision making. His research has been published in the Journal of Consumer Research, Journal of Consumer Psychology, Organizational Behavior and Human Decision Processes, Marketing Science, Marketing Letters, and the Journal of Behavioral Decision Making.

“Marketers often underestimate emotions as a significant factor in consumer decisions. I believe and work to support the idea that emotions play a very important role in consumer purchases” says Fedorikhin, who has been recognized for his work by the Center for International Business Education and Research at both Indiana University and the University of Southern California, where he taught for five years before joining the Kelley School staff in 2005.

Alexander Fedorikhin received his Ph.D. from The University of Iowa with a major in marketing and a minor in international business. During his 20 years in university classrooms, Professor Fedorikhin has taught global marketing and consumer behavior to thousands of graduate and undergraduate students.

Interplay of Emotional and Cognitive Factors in Consumer Decision Making

Center for International Business Education and Research (CIBEAR), Marshall School of Business, and US Department of Education

Effects of Dialecticism on Consumer Responses to Products With Conflicting Goals

But How Did You Expect to Feel?: the Motivated Misremembering of Affective Forecasts

2012 Following an event, people often reflect on how it compared to their expectations. For example, after a political election, people might consider whether they had correctly predicted the winner, the winning margin, or even their own feelings about the result. Extant research has shown that when actual forecasts and experiences are discrepant, people attempt to resolve this dissonance by recalling their forecast as being closer to the experience than it actually was.

Positive mood and resistance to temptation: The interfering influence of elevated arousal

Coupling and decoupling of unfairness and anger in ultimatum bargaining

2008 Although previous research has demonstrated the importance of emotions in ultimatum bargaining, this research provides a more direct, convergent test of the role of anger in explaining rejections of unfair offers in ultimatum bargaining. First, using appraisal theory of emotions, this research examines the extent to which the cognitive appraisal of unfairness leads to the emotion of anger, which in turn, drives punitive behavior (i.e., rejection of offers). Second, this research explores the possibility of decoupling the emotion of anger from its antecedent appraisal of unfairness in order to attenuate responders' inclination to reject unfair offers. Third, following the current research tradition that goes beyond a valence-based approach, we differentiate between the negative emotions of anger and sadness and examine whether it is the specific emotion of anger that is relevant to the cognitive appraisal of unfairness or the general negative valence of the emotion.