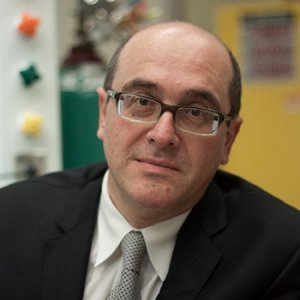 
Kabanov has conducted pioneering research that has considerably influenced current ideas and approaches in drug delivery and nanomedicine. 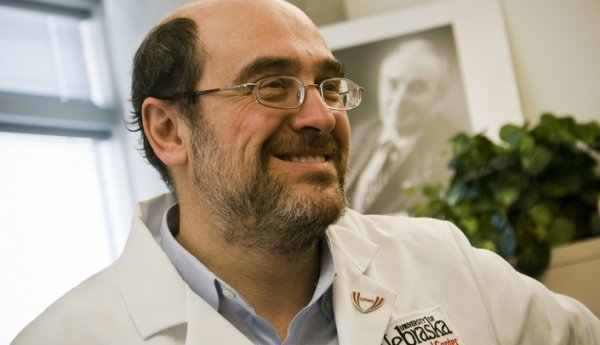 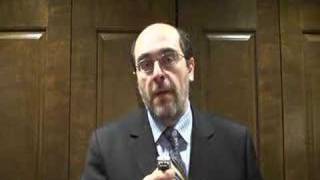 Alexander “Sasha” Kabanov, Ph.D., Dr.Sci., is the Mescal Swaim Ferguson Distinguished Professor and director of the Center for Nanotechnology in Drug Delivery at the UNC Eshelman School of Pharmacy and co-director of the Carolina Institute for Nanomedicine at the University of North Carolina at Chapel Hill. Prior to joining UNC-Chapel Hill in July 2012, Kabanov served for nearly eighteen years at the University of Nebraska Medical Center where he was the Parke-Davis Professor of Pharmaceutical Sciences and director of the Center for Drug Delivery and Nanomedicine, which he founded in 2004.

Kabanov has conducted pioneering research on polymeric micelles, DNA/polycation complexes, block ionomer complexes and nanogels for delivery of small drugs, and nucleic acids and proteins that have influenced considerably current ideas and approaches in drug delivery and nanomedicine. His work led to the first-in-man polymeric micelle drug (SP1049C) to treat cancer, which successfully completed Phase II clinical trial and is under further evaluation. He cofounded Supratek Pharma, Inc. (Montreal, Canada), which develops therapeutics for cancer, and Neuro10-9, Inc. (Omaha, Nebraska, and Chapel Hill, North Carolina), which focuses on diseases of the central nervous system.

Kabanov has published more than 240 scientific papers and has more than 100 patents worldwide. His work has been cited over 22,000 times (Hirsch index 81) and he was named the Thomson Reuters 2014 Highly Cited Researcher in pharmacology and toxicology. His cumulative research support in academia as principal investigator has been more than $54 million. His inventions have attracted nearly $60 million in private, foundation, and company-sponsored R&D funding in industry. He founded the ongoing Nanomedicine and Drug Delivery Symposium series in 2003, co-chaired the Gordon Research Conference on Drug Carriers in Medicine and Biology in 2006, was vice-chair of the Gordon Research Conference on Cancer Nanotechnology in 2015, and is the chair elect of this conference in 2017.

Awarded in chemistry from the Government of Russian Federation.

Designated by the University of Nebraska Medical Center.

Awarded by the University of Nebraska.

“This award is an enormously important step towards further successful commercialization of our very exciting cell technologies,” said Alexander Kabanov, director of the nanotechnology center ...

Biotechnology to the Rescue

One goal is to use nanotechnology to reach into the brain. This “secluded organ” is separated from the body by the blood-brain barrier, a series of ultranarrow capillaries that prohibit many drugs from passing through, says Alexander Kabanov ...

Nanozymes for protein delivery to the brain, GRC Barriers of the CNS

Polymer micelles from bench to bedside

Polymeric micelles for drug delivery: From idea to clinics

2016 Endothelial cell (EC) oxidative stress can lead to vascular dysfunction which is an underlying event in the development of cardiovascular disease (CVD). The lack of a potent and bioavailable anti-oxidant enzyme is a major challenge in studies on antioxidant therapy. The objective of this study is to determine whether copper/zinc superoxide dismutase (CuZnSOD or SOD1) after nanoformulation (nanoSOD) can effectively reduce EC oxidative stress and/or vascular inflammation in obesity.

2015 The paper describes the concept of magneto-mechanical actuation of single-domain magnetic nanoparticles (MNPs) in super-low and low frequency alternating magnetic fields (AMFs) and its possible use for remote control of nanomedicines and drug delivery systems.

Colloids and Surfaces B: Biointerfaces