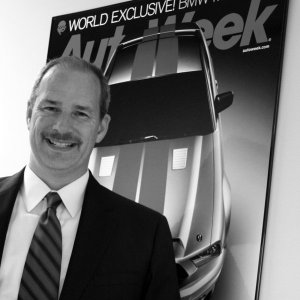 
Life's rules are simple: Never give up. Always tell the truth. Always do your best. Always be accountable.

Scott has built a team of savvy, innovative professionals who are experts in combining traditional and digital multi-media strategies to ensure companies reach their goals. Under his leadership, TPRM has become the firm of choice for a premier group of clients in the automotive, technology, energy, manufacturing, professional services and transportation markets.

Though president of TPRM, Scott is no desk jockey; he is active in client campaign management. He was an early proponent of social networking (http://twitter.com/ScottBlackTPRM) and digital media to compliment traditional marketing and create integrated PR strategies.

Scott is an unabashed enthusiast who loves fast cars, airplanes and motorcycles. From driving a racecar at more than 150 mph around a superspeedway to attending Concours events, his passion for speed can be found in every aspect of the business.

Some of his quirky credentials include being a factory team driver for Shelby American, contributing to a question for the television show “Jeopardy,” being an official chili cook-off judge and earning a first degree black belt in Karate. He also is a public speaker and an active freelance writer. His articles have appeared in the Robb Report, American Driver, D CEO, Blue Sky Journal, On Magazine, Dallas Business Journal and other outlets.

What does driving a racecar, motorcycle, airplane or speed boat have in common with driving business? Everything. Marketing communications veteran and high speed junkie Scott Black connects lessons learned behind the wheel of high performance vehicles to strategies that can supercharge any business. From skimming a race boat 100 mph over the water to circling a super speedway in an Indy style race car, Scott will show audiences how these experiences can help their organizations reach maximum velocity. Scott Black has been helping organizations surpass their business objectives for the past 20 years. He has consulted for some of America’s most successful companies to help them accelerate their revenues and realize higher margins through dynamic marketing communications programs. Joining experiences from the fast lane with expertise from the business world, Scott’s lessons learned are unique, yet encompass concepts from which all business owners can benefit.