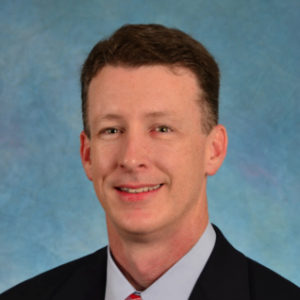 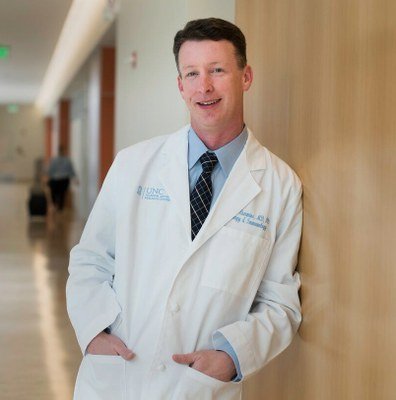 Dr. Commins sees patients in the UNC allergy clinic and maintains an active research laboratory. His primary research and clinical interest is the recently described red meat allergy. This unique food allergy appears to be brought on by tick bites and can develop at any time throughout life, even after many years of enjoying beef, pork or lamb. Dr. Commins was one of the first physicians to study the allergy and its connection to the lone star tick and conducts research at the UNC Thurston Arthritis Research Center.

What the Mystery of the Tick-Borne Meat Allergy Could Reveal

Unraveling why tick bites are suddenly causing a strange reaction in some people who eat meat could help scientists better understand how all allergies work.

Explaining how the discovery of the tick-borne meat allergy happened, what they've learned so far and how it is treated.

The alpha-gal story: lessons learned from connecting the dots

Anaphylaxis is a severe allergic reaction that can be rapidly progressing and fatal, and therefore establishing its cause is pivotal to long-term risk management. Our recent work has identified a novel IgE antibody response to a mammalian oligosaccharide epitope, galactose-alpha-1,3-galactose (alpha-gal). IgE to alpha-gal has been associated with 2 distinct forms of anaphylaxis: (1) immediate-onset anaphylaxis during first exposure to intravenous cetuximab and (2) delayed-onset anaphylaxis 3 to 6 hours after ingestion of mammalian food products (eg, beef and pork). Results of our studies and those of others strongly suggest that tick bites are a cause, if not the only significant cause, of IgE antibody responses to alpha-gal in the southern, eastern, and central United States; Europe; Australia; and parts of Asia. Typical immune responses to carbohydrates are considered to be T-cell independent, whereas IgE antibody production is thought to involve sequential class-switching that requires input from T cells. Therefore, establishing the mechanism of the specific IgE antibody response to alpha-gal will be an important aspect to address as this area of research continues.

The literature supports the notion that carbohydrate epitopes, on their own, do not contribute significantly to the induction of allergic reactions. They bind weakly to IgE antibodies and have been termed as cross reactive carbohydrate determinants. These epitopes cause confusion in in vitro IgE testing through nonspecific cross-reactivity. Coincident with the rising trends in food allergy prevalence, there has recently been reports of anaphylaxis induced by carbohydrate epitopes. There are two distinct groups, each with unique characteristics and geographical distribution. Anaphylaxis and acute allergic reactions related to the carbohydrate galactose-α-1,3-galactose (α-Gal) epitope that are present in the monoclonal antibody, cetuximab and red meat have been described in the United States and Europe populations where tick bites have been found to be the primary sensitizer. Another carbohydrate inducing anaphylaxis is galacto-oligosaccharides in commercial milk formula which has been described in the several Asian populations including Singapore. The latter is unique in that the allergen is a pure carbohydrate. We summarize the current literature on carbohydrate-induced food allergy, and evaluate the two new groups of carbohydrate allergy that have defied previous findings on carbohydrates and their role.

Porcine or Bovine Valve Replacement in Three Patients with IgE Antibodies to the Mammalian Oligosaccharide Galactose-alpha-1,3-Galactose

The Journal of Allergy and Clinical Immunology, July 2014

Patients who develop IgE to the oligosaccharide galactose-alpha-1, 3-galactose (alpha-gal) report delayed allergic reactions after eating beef, pork or lamb. To date, there have been no published reports indicating whether IgE to alpha-gal is associated with a risk of anaphylaxis at the time of engraftment of a bovine or porcine valve. This case series documents the clinical courses of three patients with elevated IgE to alpha-gal who required porcine or bovine valve replacement. Two patients experienced perioperative or postoperative hypersensitivity reactions, but all three are tolerating valve replacement.

Abstract BACKGROUND: Only limited evidence is available regarding the cytokine repertoire of effector T cells associated with peanut allergy, and how these responses relate to IgE antibodies to peanut components. OBJECTIVE: To interrogate T cell effector cytokine populations induced by Ara h 1 and Ara h 2 among peanut allergic (PA) children in the context of IgE and to evaluate their modulation during oral immunotherapy (OIT). METHODS: Peanut-reactive effector T cells were analysed in conjunction with specific IgE profiles in PA children using intracellular staining and multiplex assay. Cytokine-expressing T cell subpopulations were visualized using SPICE. RESULTS: Ara h 2 dominated the antibody response to peanut as judged by prevalence and quantity among a cohort of children with IgE to peanut. High IgE (> 15 kU(A)/L) was almost exclusively associated with dual sensitization to Ara h 1 and Ara h 2 and was age independent. Among PA children, IL-4-biased responses to both major allergens were induced, regardless of whether IgE antibodies to Ara h 1 were present. Among subjects receiving OIT in whom high IgE was maintained, Th2 reactivity to peanut components persisted despite clinical desensitization and modulation of allergen-specific immune parameters including augmented specific IgG4 antibodies, Th1 skewing and enhanced IL-10. The complexity of cytokine-positive subpopulations within peanut-reactive IL-4(+) and IFN-γ(+) T cells was similar to that observed in those who received no OIT, but was modified with extended therapy. Nonetheless, high Foxp3 expression was a distinguishing feature of peanut-reactive IL-4(+) T cells irrespective of OIT, and a correlate of their ability to secrete type 2 cytokines. CONCLUSION: Although total numbers of peanut-reactive IL-4(+) and IFN-γ(+) T cells are modulated by OIT in highly allergic children, complex T cell populations with pathogenic potential persist in the presence of recognized immune markers of successful immunotherapy.

The Journal of Allergy and Clinical Immunology, May 2016

Over the past few years, a large number of patients have been identified who experience delayed anaphylaxis or urticaria following eating red meat and who have IgE antibodies to the oligosaccharide galactose-alpha-1,3-galactose (alpha-gal).1, 2, 3 Patients with this alpha-gal syndrome had tolerated mammalian products before onset of the disease and in many cases recall tick bites before sensitization.2, 4 Many anecdotal reports suggest that glycolipids may be as important as glycoproteins in the clinical episodes. Furthermore, delayed absorption and processing of glycolipids could provide a rational explanation for the delay in onset of symptoms. To investigate the cause of the delay, we carried out metabolomic analysis, the study of the unique chemical fingerprints of cellular process, of 449 biochemicals, which are the chemical compounds that make up a living cell, on blood samples obtained before and after challenge with pork in 8 allergic subjects and 7 controls.5 We report the results of the analysis at baseline as well as at 2, 4, and 6 hours after challenge (for patient characteristics, see Table E1 in this article's Online Repository at www.jacionline.org; for methods, see this article's Online Repository at www.jacionline.org). There were no differences in the ages of the groups; however, a significant difference was noted in total IgE (meat allergic 179 ± 30 IU/mL vs control 63.3 ± 29.8 IU/mL; P < .02). When individual components of IgE were measured, only the meat-allergic group had measureable levels of IgE to alpha-gal, beef, pork, and cow's milk.