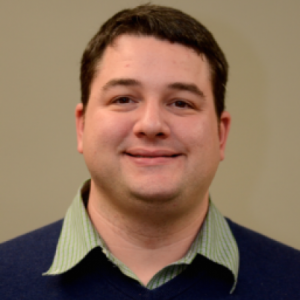 
Education expert and economist, focusing on policy issues in K-12 and higher education 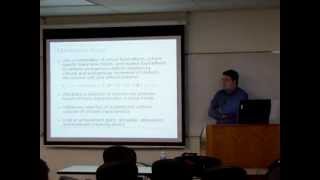 Scott Imberman is economist who specializes in the economics of education and education policy. His research focuses on issues in domestic education and he has recently studied charter schools, classroom peer-effects, accountability, bilingual education, gifted education, teacher incentive pay, in-school breakfast and school uniforms. Currently he is researching the labor market returns to higher education, the economic determinants and implications of autism, and the economics of educating students with disabilities. He is also a research associate at the National Bureau of Economic Research.

At least five Michigan online-only school districts gave students a “virtual snow day” even though most teachers, staff members and students could work Tuesday from the safety of their homes. Since school districts have six snow days available each year, they may be weighing the pros and cons of using those days rather than allowing them to lapse, said Scott Imberman, professor of economics and education policy at Michigan State University. But the overriding concern likely were the teachers and students who have to travel for wireless access, Imberman said. "That, I think, is a particularly practical, important issue in making these determinations," he said.

Why gifted education may not be a smart idea

Is gifted education a bright idea? Research by University of Houston economists Sa Bui, Steven G. Craig, and Scott Imberman, presented at the recent Society of Labor Economists meeting in Vancouver, suggests that sometimes it isn't. The authors study a large urban school district in the American south west - "LUSD-SW" - with a gifted program similar to that found in many Canadian school districts.

Why majoring in business can nearly double your earnings potential

Students who major in business, which for years has topped lists of most popular majors, earn between 81% and 130% more 12 years out of college than similarly talented students who don’t major in the field, according to a working paper distributed this week by the National Bureau of Economic Research, a Cambridge, Mass.-based research group.

'But the positive effects of talented and gifted programs may be overstated, according to a recent study in American Economic Journal: Economic Policy. Scott Imberman, Sa A. Bui, and Steven G. Craig analyzed the standardized test scores of more than 14,000 fifth-graders in an urban school district in the United States. They focused on students who just barely made the threshold for their schools’ gifted and talented programs—and those who just barely missed it. The goal was to compare how students of roughly the same abilities do when they’re in gifted classes with how they do in regular classes. If the gifted and talented programs are effective, then the marginal students should end up with higher test scores than the marginal students in regular classes. If they’re not effective, then both sets of students would have around the same scores...'

2017 Although prior research has found clear impacts of schools and school quality on property values, little is known about whether charter schools have similar effects. Using sale price data for residential properties in Los Angeles County from 2008 to 2011 we estimate the neighborhood level impact of charter schools on housing prices. Using an identification strategy that relies on census-block fixed effects and variation in charter penetration over time, we find little evidence that the availability of a charter school affects housing prices on average. We do find, however, that when restricting to districts other than Los Angeles Unified and counting only charter schools located in the same school district as the household, housing prices fall in response to an increase in nearby charter penetration.

Risky Business? The Effect of Majoring in Business on Earnings and Educational Attainment

2017 One of the most important decisions a student can make during the course of his or her college career is the choice of major. The field of study a student selects translates directly into the types of skills and knowledge he or she will obtain during college, and it can influence the type of career chosen after postsecondary education ends. Business is one of the most popular majors in the US, accounting for 19% of all college degrees granted. We study the impact of choosing a business major using a regression discontinuity design that exploits GPA cutoffs for switching majors in some Texas universities. Even though nearly 60% of marginal business majors would have majored in a STEM field otherwise, we find large and statistically significant increases in earnings of 80% to 130% 12+ years after college entry, driven mainly by women. These are considerably larger than OLS estimates that condition on a rich set of demographic, high school achievement, and high school fixed-effects controls, which is consistent with students choosing majors based on comparative advantage. We do not find statistically significant effects of majoring in business on educational outcomes, except for positive effects on male 6-year graduation rates.

2017 This paper examines the role of worker performance feedback and measurement precision in the design of incentive pay systems, specifically in the context of an individual teacher value-added merit pay tournament. We first build a model in which workers use proximity to an award threshold to update their beliefs about their own ability, which informs their expected marginal return to effort. The model predicts that effort will be maximized at some point proximal to but above the award threshold in order to maximize the likelihood of winning an award when effort translates into value-added with noise. As the noise in the value-added measure increases, teacher effort becomes less responsive to prior value-added because the value-added score becomes a less reliable measure of ability. Using administrative teacher-student linked data from Houston, we test the central prediction of the model that there should be excess achievement gains near award thresholds. The data strongly reject the existence of such excess gains. We argue that a likely reason for this lack of responsiveness is that the value-added measures used to determine awards were too noisy to provide informative feedback about one's ability.

Does the market value value-added? Evidence from housing prices after a public release of school and teacher value-added

2016 Value-added data have become an increasingly common evaluation tool for schools and teachers. Many school districts have begun to adopt these methods and have released results publicly. In this paper, we use the unique public release of value-added data in Los Angeles to identify how this measure of school quality is capitalized into housing prices. Via difference-in-differences, we find no evidence of a response to either school or teacher value-added rank, even though school-zone boundary fixed-effects estimates indicate that test score levels are capitalized into home prices. Given ample evidence that this information was new to residents, widely dispersed, and easily available, our results suggest that people did not significantly value it on the margin. This has implications for the effectiveness of providing value-added information as a tool to help parents choose schools.

Is Gifted Education a Bright Idea? Assessing the Impact of Gifted and Talented Programs on Students

2014 We evaluate the impact of Gifted and Talented (GT) programs on students through a regression discontinuity (RD) design, and by analyzing a randomized lottery for elite magnet GT schools. We show that GT students in each analysis are exposed to higher achieving peers and, in the RD sample, a more advanced curriculum. We find that achievement for marginal students neither improves nor worsens from GT services in the short run. We also find that lottery winners only perform better in science. Using a bounding analysis we cannot rule out zero, though we do not find any significant negative effects.

Katrina's Children: Evidence on the Structure of Peer Effects from Hurricane Evacuees

2012 In 2005, Hurricanes Katrina and Rita forced many children to relocate across the Southeast. While schools quickly enrolled evacuees, families in receiving schools worried about the impacts on incumbent students. We find no effect, on average, of the inflow of evacuees on achievement in Houston. In Louisiana we find little impact on average and we reject linear-in-means models. Moreover, we find that student achievement improves with high achieving peers and worsens with low achieving peers. Finally, an increase in the inflow of evacuees raised incumbent absenteeism and disciplinary problems in Houston's secondary schools. (JEL I21, Q54)

Dressed for success? The effect of school uniforms on student achievement and behavior

2012 Uniform use in public schools is rising, but we know little about how they affect students. Using a unique dataset from a large urban school district in the southwest United States, we assess how uniforms affect behavior, achievement and other outcomes. Each school in the district determines adoption independently, providing variation over schools and time. By including student and school fixed-effects we find evidence that uniform adoption improves attendance in secondary grades, while in elementary schools they generate large increases in teacher retention.

2011 Charter schools have seen dramatic growth over the last decade. However, we know little about how they affect traditional public schools. I look at how charters affect student outcomes in public schools using data from a large urban school district in the southwest. Unlike prior work that relies on school fixed effects, I address the endogenous location of charter schools using an instrumental variables strategy that relies on plausibly exogenous variation in local building supply. Results show that charters induce modest but statistically significant drops in math and language test scores, particularly for elementary students. However, results for middle and high school students show improvements in discipline.