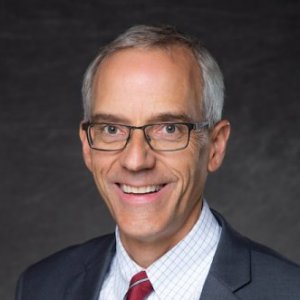 During his time at the university, SUU has led Utah’s colleges and universities in student enrollment growth, launched the University of the Parks initiative, opened a new veterans center, started a center for diversity and inclusion, and seen the construction or acquisition of more than $60 million worth of capital improvement projects.

Prior to his appointment at SUU, Wyatt served as president of Snow College, in Ephraim, Utah. Before that he was a member of the Utah House of Representatives, a partner in the Logan, Utah law firm, Daines, Wyatt & Jenkins, LLP., and the Cache County Attorney. His pubic practice focused on prosecuting homicide, domestic violence, and sexual violence cases, along with leading victim services and educational programs.

President Wyatt spends most of his time supporting students, staff, and faculty, as they explore diverse ideas, create transformative learning experiences, and achieve high-quality outcomes. Wyatt earned a bachelor’s degree from Utah State University, with a dual major in philosophy and economics. His J.D. is from the University of Utah S.J. Quinney College of Law. 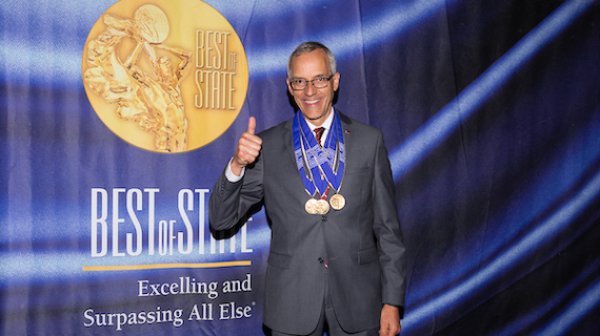 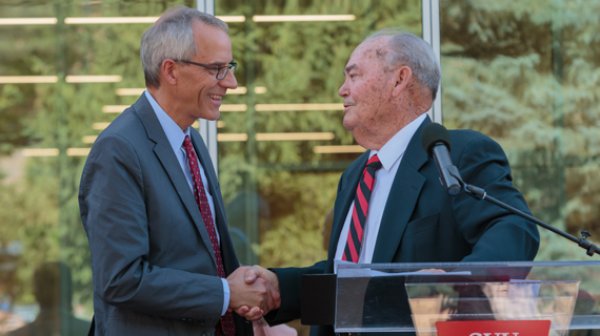 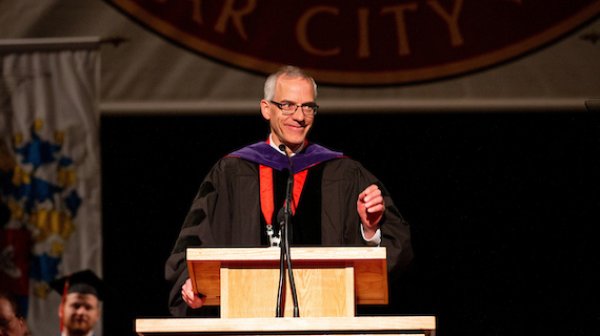 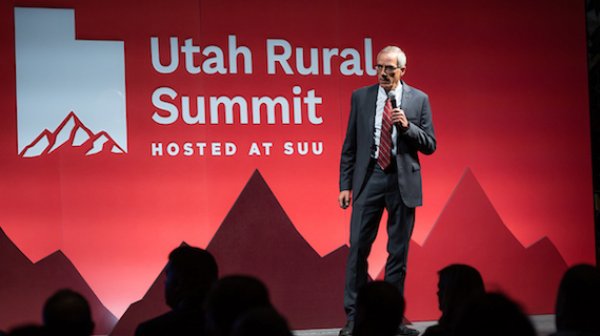 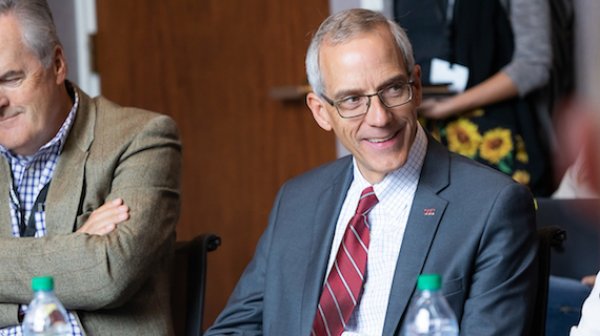 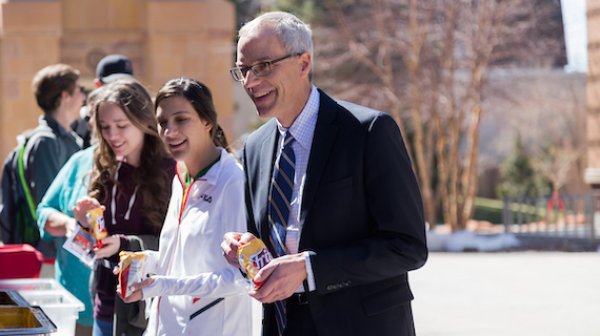 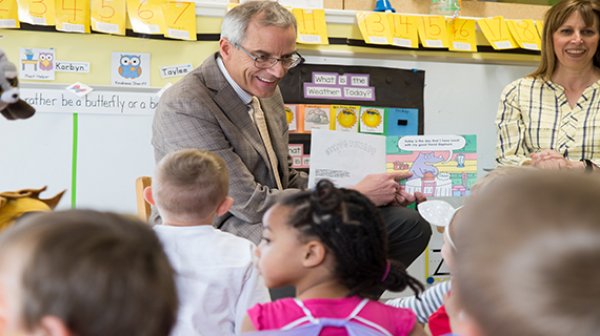 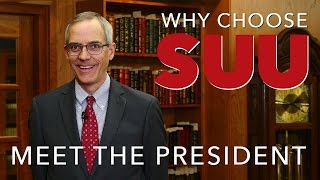 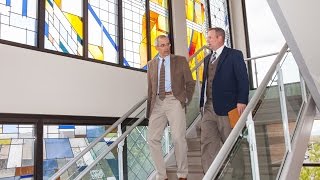 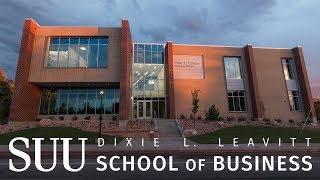 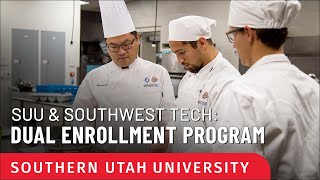 Governor's Leadership in the Arts Award

Utah Division of Arts and Museums 2017

Serves as CEO of a state university. Faculty appointment in the Political Science Department.

Served as CEO of state, two-year college with multiple campuses.

Silver Gavel Award for Media and the Arts (professional)

Served as a member of the advisory board with delegated governing Responsibilities.

Served as City Attorney for several cities and towns

Managed or consulted with approximately 20 national, state and local campaigns, including Republican and Democratic candidates

“Our goal is to help strengthen the quality of the education and deliver credit in a format that’s helpful to all of the students who want to be engaged in this great mission,” President Scott Wyatt added. “Perhaps this will even evolve into a bachelor’s degree or a master’s degree in animal services in the future.”

Wyatt is driven to improve the student experience through innovative programs, growth and reputation. In the five years that he has served as the university’s president, SUU has added several new degree programs, developed unique partnerships, increased online offerings, received numerous accolades and created exciting initiatives that put the student experience first.

“We are committed to helping address the national and global shortage of pilots and technicians,” stated Scott L. Wyatt, President of Southern Utah University. “The creation of this college will help us focus on building the best quality program possible to meet the needs of the aerospace industry.”

Most of Southern Utah's part-time students study online, where the anytime, anywhere nature of the course delivery meshes better with lives complicated by work, family and other responsibilities. And the overwhelmingly majority of the university's online students -- upward of 90 percent -- are taking fewer than 12 credits, with the average being seven. "In reality, by the time they get a bachelor's degree done, they have paid considerably more than the face-to-face student," Wyatt says.

About 9% of SUU students attend exclusively online, according to SUU President Scott Wyatt.

After a scathing report, Utah’s colleges are requesting some of the lowest tuition increases in a decade

The school has modest growth in its student population and decided to restructure to find money for staff pay, said President Scott Wyatt.

Marshall University and Southern Utah University have signed a memorandum of agreement to cooperate in exploring options to jointly offer a four-year bachelor’s degree in aviation to teach students to fly helicopters, Marshall announced Thursday.

With over 40 episodes produced, the Solutions for Higher Education with President Scott L Wyatt podcast provides a meaningful and insightful dialogue with varying topics.

What is a good way to test what you are made of? Maybe a 7 day, 6 stage, 170 mile, fully self-supported race called the Grand to Grand would be a good option to do so right? Southern Utah University President Scott Wyatt, Johnny Oh, and Bill Heyborne took on this exact scenario for a great cause.

Southern Utah University President Scott Wyatt on Sunday embarked on a 170-mile, seven-day run through the Grand Canyon that culminates at the summit of Grand Staircase-Escalante National Monument.

One of the participants in this year’s race is Scott Wyatt, the 57-year-old president of Southern Utah University. Wyatt is running the race with two other faculty members at SUU to raise money for the construction of a on-campus day care for students’ children.

As it turned out, the president’s office made for a terrible recording studio. Air conditioning whirred. The floors of the building, dedicated in 1898, creaked. And the walls were thin enough to hear noises from surrounding rooms.
So Scott L. Wyatt, Southern Utah University’s president, moved the makeshift podcast studio to a "small, junky" bedroom in a midcentury house adjacent to the campus, in Cedar City. Nobody was around. He could turn off the fan.

Southern Utah University broke ground for its new 42,000-square-foot business Thursday.
But the start of the construction for the long anticipated $16 million project wouldn’t have been possible without the help of the community – both in Cedar City and throughout the entire state.

“Globally, the aviation industry is expanding rapidly and the demand for qualified pilots is high,” said SUU President Scott L Wyatt. “The addition of the Cirrus aircraft will elevate our program by offering the most advanced and safest training available in the world.”

Ambition and execution were front and center in July in southwest Utah: After a lengthy fundraising effort the festival invigorated an existing arts campus, building a new indoor theater, a second, outdoor replacement Elizabethan theater, adding about 80,000 feet including increased backstage, rehearsal and administrative space. There is a new art museum, too.

SUU Files Trademark On Title ‘University Of The Parks’

“With so many young people suffering from nature deficit disorder, our stunning location, our partnerships with the national parks, our academic focus which includes the outdoors, and our designation as the ‘most outdoorsy’ school in the nation, it made sense to trademark the name,” Wyatt said in the statement.

“Our project based learning program has taken an enormous amount of work over the last five years and I m extremely proud of what our faculty and staff have accomplished,” said SUU President Scott Wyatt. “Our students and their future employers are the beneficiaries.

General education gets a makeover at Utah university

The way most colleges teach general education to undergraduates is hopelessly broken, according to a group of professors and administrators at Southern Utah University.

Southern Utah University is the pride of Cedar City

SUU President Scott Wyatt sums up the mission of his University, "It is just the ideal setting and the student and facility members to learn and have a great experience."

General education: the bane of college existence, the thorn in the rose that is undergraduate school. I’ve seen many approaches to the subject but never one as innovative as what Southern Utah University President Scott L. Wyatt plans to institute in Cedar City next fall — an approach that is truly impressive and leaves me envious of the freshman class of 2015.

Snow College President Scott Wyatt is poised to trade in his Badgers gear for Thunderbirds memorabilia after being tapped Friday for the top job at Southern Utah University.

In episode 46, President Scott L Wyatt and Professor Steve Meredith invite Sam and Doug Cardon to discuss the PBS special "Innovators," made here in Utah 25 years ago. Sam Cardon composed the music for the special with the goal of celebrating innovators throughout history.

In episode 42, President Scott L Wyatt and Professor Steve Meredith invite serial entrepreneurs Rich Christensen and Alan Hall to discuss how the strategies they use to start businesses are similar to strategies higher education administrators use to grow university programs and resources.

It is my pleasure to announce Southern Utah University has hired its first Chief Diversity Officer; her name is Dr. Schvalla Rivera. Dr. Rivera comes to us with a wide range of experience working with students, faculty, and staff. A separate press release will be sent out introducing her to you. She will begin working with us next month and will report to me as a member of the President’s Council.

When I was about 8 years old my father and I went on our first overnight hike into the mountains above our home in Cache Valley. I remember being so very excited for my first backpacking trip with dad. We loaded up our packs with sleeping bags, a tent, food and water, snacks, and every other little thing we needed, and drove up Logan Canyon to a place called Tony’s Grove, where we parked our car and started walking up the trail to the summit ridge.

The Writings and Speeches of Abraham Lincoln

Examination of law, courts, judges, the legal profession and their roles in the larger political system with an emphasis on judicial processes, U.S. courts compared to other nations, and current issues surrounding the legal system.