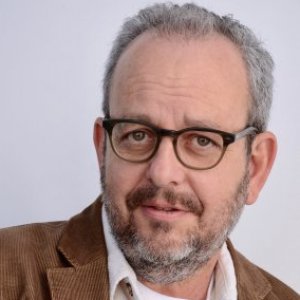 A member of the Screen Actors Guild, Sean has appeared in numerous commercials, corporate and industrial films, as well as Barry Levinson’s Wag the Dog and the Coen Brothers’ Intolerable Cruelty. He has been working in casting for over 20 years, directing and recording thousands of professional actors.

Beginning in 1983, he was active directing new plays by emerging writers, including Deborah Rogin, Gary Jacobelly and Ross Maclean. With Gary Ellenberg, he co-authored, co-produced and co-directed Who’s Afraid of Uta Hagen?, at The Haunted Studios. He co-authored and directed Fun City! based on Kurt Weill and Bertolt Brecht’s The Rise and Fall of the City of Mahagonny in a downtown parking lot. He produced and directed the premiere of Brian Burrell’s Emmett Till, at Al’s Bar in downtown, and continued with the original cast at Fort Mason Theatre in San Francisco, and for an extended run at Theatre/Theater in Hollywood.

When not teaching, he works with professional actors, every day, auditioning them for roles in national network television commercials. He has recently been directing web ads and training films.