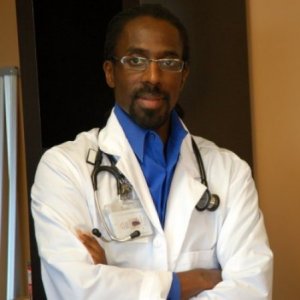 
Dr. Wharton is an internal medicine specialist who specializes in the areas of obesity and weight management. 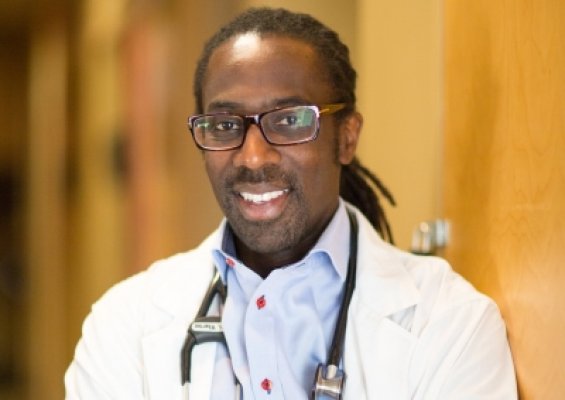 Dr. Sean Wharton is the medical director of the Wharton Medical Clinic, a community based internal weight management center and also works as an internal medicine specialist at Toronto East General Hospital and Hamilton Health Sciences.

Early in his career, his interest in ethnicity and medicine led him to the study of hypertension and then to obesity under the guidance of Dr. Arya Sharma, a bariatric physician and internationally recognized leader in Obesity research.

To date, Dr. Wharton has treated thousands of obese patients, has published a number of peer reviewed articles, and is now the lead author for the Weight Management Section of the Canadian Diabetes Guidelines for 2013.

He is also a fierce advocate for government funded medical care for patients with increased weight. All care at his weight management clinic is OHIP funded and there are no charges to patients. Ministry funding for bariatric medical care continues to be inadequate, and with advocacy, we can improve the extent of care that can be delivered to all patients.

Ultimately, his vision is to educate all patients and their families about the causes and treatment of increased weight. Patients have a critical role in solving their own medical condition and can be advocates to change obesity from a social to a chronic medical condition, that requires societal and governmental recognition and assistance.

Dr. Wharton is a member of the Royal College of Physicians and Surgeons, the Canadian Obesity Network, the Canadian Association of Bariatric Surgeons and Physicians. He obtained his doctorate in both Pharmacy and Medicine from the University of Toronto and completed his residency in Internal Medicine at McMaster University in 2005.

Dr. Sean Wharton, an internal medicine specialist who also runs a weight management and diabetes clinic in Toronto, believes that the move is a positive one by the government, particularly for those who are paying close attention to their nutrition. However, it's likely a different story for the general population.

Yet despite all the focus on prevention and public health messaging to “eat less and move more,” for the obese, lifestyle modification “has very little efficacy when it comes to decreasing weight,” said Dr. Sean Wharton, an internal medicine doctor and medical director of the Wharton Medical Clinic in Mississauga. It helps make people medically better, but not necessarily slimmer...

Dr. Sean Wharton, a specialist in internal medicine, supports the tax but admitted it might not help the fight against obesity. He says there’s no question sugar-laden drinks are implicit in the obesity epidemic but says the opposite – that not drinking them will make you lose weight – is not necessarily true. That being said, he says people choosing not to drink sugar-laden drinks could present a number of other health benefits. “It may not have a huge impact on obesity rates but that doesn’t necessarily mean it’s not going to have a huge impact on health,” he says. “We can decrease the diabetes risk, the insulin resistance risk, so there’s multiple other factors in terms of health that can get better.”...

Dr. Sean Wharton, an internal medicine physician at Toronto East General Hospital and the director of the Wharton Medical Clinic, notes that soft drinks – even diet drinks -- have been linked to many health problems, such as stroke and obesity. But he says it’s not clear in any of the studies if the drinks themselves were responsible. “These are large association-based studies. So there no actual biological or scientific reason we have at this stage to think that this actually true,” he told CTV News Channel. “It may just be that those who drink higher amount of diet sodas have other things that are connected to having a higher risk of depression.”...

Canadians are fatter than they'll admit: study (with poll)

Experts say the survey highlights how society’s view of what’s considered “normal” body weight is changing. We think a bigger weight is normal, said Dr. Sean Wharton, an internal medicine specialist. “Average probably means to them that they feel that they’re not in the overweight or obese category, but clearly most people are,” Wharton said...

Life on the scale

Finally she reaches the waiting room of the Wharton Medical Clinic's Weight Management Centre and slumps into a chair, grateful it has no armrests. The five-minute trek has left her winded; her breath bursts out in shallow, wheezy gasps...

Interest, views and perceived barriers to bariatric surgery in patients with morbid obesity.

The objective of the study was to assess the interest, views and patient-perceived barriers to bariatric surgery among surgery-eligible patients. Surveys were completed at a weight management clinic and local hospital in Ontario, Canada.

A summary of the mechanisms and clinical features of medications for long-term obesity management that are available in Canada, as well as those available in other jurisdictions or are currently in development.

Next Generation of Weight Management Medications: Implications for Diabetes and CVD Risk

Since the 1980s, the prevalence of obesity has almost doubled worldwide. Treatments for obesity include lifestyle modification, medications and surgery. Newer anti-obesity medications have been shown to be effective at inducing initial weight management in addition to successful long-term weight maintenance...

Obesity is widely considered a chronic health problem that is often progressive and difficult to treat. An estimated 80% to 90% of persons with type 2 diabetes are also overweight or obese. Obesity is also becoming more prevalent in people with type 1 diabetes; a study has indicated a 7-fold increase in obesity in 20 years.