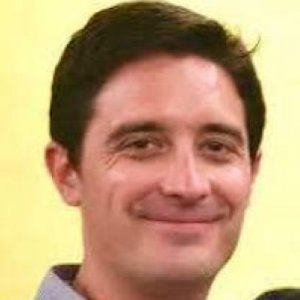 
Sean Winkler is an expert in the roles of socioeconomic development and technological progress in shaping scientific research.

Sean Winkler is a believer in education as empowerment; strong track record of university-level teaching and academic research. He is interested in the roles of socioeconomic development and technological progress in shaping scientific research. He is a published author in highly-respected peer-reviewed academic journals and edited volumes. Sean has also presented at academic conferences across North America and Europe and worked with students from across the globe. He is a broad thinker with an eye for details and is able to work individually and in a team.

Telos: Critical Theory of the Contemporary

In this paper, I will examine the meaning of and relationship between "practice" and "ideology" in Boris Hessen's "The Social and Economic Roots of Newton's Principia" (hereafter, the "Newton paper"). Hessen (1893-1936), a Soviet physicist, philosopher, historian of science, and professor at Moscow State University, is best known for the "Hessen theses," four claims about the socioeconomic roots of Sir Isaac Newton's mechanistic natural philosophy from the perspective of dialectical/historical materialism.

THE CONATUS OF THE BODY IN SPINOZA’S PHYSICS

2016 In Part 3 of his Ethics, Baruch Spinoza identifies the conatus of the mind as „will‟ and of the mind and body together as „appetite‟/„desire,‟ but he does not identify the conatus of the body. This omission is curious, given that he describes „motion-and-rest‟ and conatus in such ways that they appear to be one and the same thing. In this paper, however, I propose that motion-and-rest and conatus (in the attribute of extension) can be understood as two distinct aspects, relational and singular, of Spinoza‟s theory of the individuation of bodies.

The Problem of Generation and Destruction in Spinoza’s System

2016 In this paper, I address the problem of generation and destruction in Spinoza’s philosophical system. I approach this problem by providing an account of how Spinoza can maintain that contrary finite modes cannot inhere in the same substance, while substance itself does not change. One must distinguish between the formal essence of a mode and the existence of a mode and how these two entities are “in” substance.

A potential problem for Spinoza’s conception of virtue in the Ethics is that he appears to be unable to account for the self-identity of a finite individual through alteration because he denies the ontological significance of the three following concepts: privation, potentiality, and final causality. Thus, he seems to be left with no way of accounting for fluctuations in the power of a finite individual without its identity changing perpetually through time.

Boris Hessen’s ‘The Social and Economic Roots of Newton’s Principia’s considered a pioneering work in the historiography of the natural sciences. For some, it marks the founding moment of the ‘externalist’approach to this field of study.