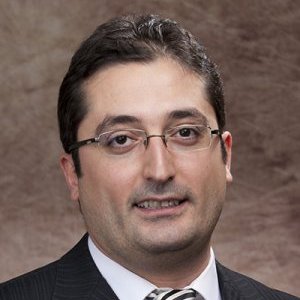 Dr. Serdar Ozturk is currently an associate professor in Biomolecular Engineering program at Milwaukee School of Engineering (MSOE). Before joining MSOE in Fall 2013, he worked as a postdoctoral research associate in the department of Nuclear Engineering at Texas A&M University. He is the organizer of BioE Reverse career fair. He has actively involved in the growth of BioE program and sought opportunities to introduce this unique program to the industry. He has served as an advisor to many industry sponsored senior design and also undergraduate research projects. He teaches thermodynamics, heat and mass transfer, reactor design, unit operations, and chemistry courses in the Physics and Chemistry Department. He strives to implement a pedagogy that promotes a thought-provoking, challenging, interactive and friendly learning environment in his courses.

President of the Republic of Turkey Fellowship

Chemicals from biomass: The design of a succinic acid production facility

Microalgae to biodiesel: Design of a production facility

A review of biodiesel production from microalgae

2016 As the search for alternatives to fossil fuels continues, microalgae have emerged as a promising renewable feedstock for biodiesel. Many species contain high lipid concentrations and require simple cultivation—including reduced freshwater and land area needs—compared to traditional crops used for biofuels. Recently, technological advancements have brought microalgae biodiesel closer to becoming economically feasible through increased efficiency of the cultivation, harvesting, pretreatment, lipid extraction, and transesterification subsystems. The metabolism of microalgae can be favorably manipulated to increase lipid productivity through environmental stressors, and “green” techniques such as using flue gas as a carbon source and wastewater as a media replacement can lower the environmental impact of biodiesel production. Through life cycle assessment and the creation of process models, valuable insights have been made into the energy and material sinks of the manufacturing process, helping to identify methods to successfully scale up microalgae biodiesel production. Several companies are already exploring the microalgae industry, offsetting operating costs through isolation of co-products and careful unit operation selection. With numerous examples drawn from industry and the literature, this review provides a practical approach for creating a microalgae biodiesel facility.

2015 The combination of boric acid and corresponding buffer agents is used in light water nuclear reactors to control the neutron population in both normal operation and emergency core cooling. Therefore, it is extremely important to characterize the rheological properties of these cooling solutions at the concentrations specific to nuclear systems. In this research, we measured the viscosities of boric acid solutions buffered with Trisodium Phosphate or NaOH as a function of concentration (16–610 g/l) and temperature (22–100 °C). Moreover, in order to monitor the effect of low concentration of fibrous debris on the viscosity, we produced the debris samples downstream of a sump screen using a horizontal flow loop facility. The present measurements revealed that both buffered and fibrous-debris-loaded boric acid solutions behave like Newtonian fluid and their viscosities are strong functions of temperature and concentration at the studied conditions. For the given concentration of the fibrous debris, no significant effect of the fibrous debris on the coolant viscosity was found.

2013 Recent reports that a host liquid's thermal properties can be augmented by dispersal of small quantities of nanoparticles have stimulated intense interest as an intriguing avenue to produce advanced heat transfer fluids. But effects are challenging to exploit in practical settings because it is difficult to prepare refrigerant-based dispersions displaying sufficient long-term stability. Moreover, the most dramatic enhancements in thermal conductivity obtained using anisotropic nanomaterials (e.g., carbon nanotubes) are achieved at the expense of a severe viscosity increase. Here we overcome these limitations by introducing a robust surfactant-mediated dispersal method that enables stable suspensions containing a range of nanomaterials to be straightforwardly prepared as additives to ordinary commercial refrigerants. We apply this approach to formulate a new class of nanorefrigerants containing graphene nanosheets that uniquely match the superior thermal conductivity enhancements attained in carbon nanotube suspensions without their accompanying viscosity penalty. These suspensions can be directly substituted for conventional refrigerants to inexpensively achieve increased efficiency in many thermal management applications.

2012 We describe a simple experimental tool that enables stability of multicomponent nanoparticle suspensions to be readily assessed by establishing a confinement-imposed chemical discontinuity at the interface between co-flowing laminar streams in a microchannel. When applied to examine Al2O3 nanoparticle suspensions, this method readily reveals compositions that are susceptible to aggregation even when conventional bulk measurements (zeta potential, dynamic light scattering, bulk viscosity) suggest only subtle differences between formulations. This microfluidic stability test enables simple and rapid assessment of quality and variability in complex multicomponent mixtures for which few, if any, comparable data exist. The paradoxical ease at which localized aggregation can be triggered in suspensions that would otherwise appear stable also serves as a caution to researchers undertaking tracer-based studies of nanomaterial suspensions.

2010 A recent report describing dramatic anomalous enhancement in mass transport properties of nanofluids (>1000% increase in tracer dye diffusivity) has excited intense interest, but the findings have yet to be conclusively confirmed or explained. Here we investigate these phenomena using a microfluidic approach to directly probe tracer diffusion so that interactions between the suspension’s principle components (nanoparticles, surfactant, and dye) can be clearly identified. Under conditions matching previously reported studies, we unexpectedly observe spontaneous formation of highly focused and intensely fluorescent plumes at the interface between fluid streams, suggesting strong complexation interactions between the dye and nanoparticles. These phenomena, driven by competition between the rates at which free tracer molecules are transported into the interfacial zone subsequently consumed by dye−nanoparticle complexation, have likely been incorrectly interpreted as anomalous diffusion enhancement. These interactions are important to consider when devising tracer-based studies of nanoparticle suspensions and may lay a foundation for new adsorption-based analytical methods.

2010 The preparation of calcium stearate (CaSt2) using precipitation and Langmuir−Blodgett techniques was investigated in this study. While sodium stearate and calcium chloride were used in the precipitation process, calcium stearate nanofilms were produced from stearic acid and calcium chloride in sodium borate buffer with the Langmuir−Blodgett technique. Fourier transform infrared (FTIR) spectroscopy indicated carboxylate bands at 1577 and 1543 cm−1 in equal intensity in the powder form, but the films had a higher intensity 1577 cm−1 band than the 1543 cm−1 band. This showed the calcium ions associated with the COO− ions in the monodendate and bidendate structures in powders, and it was mainly in the bidendate structure in films. While characteristic peaks of CaSt2 at 2θ values of 6.40° and 19.58° were obtained in the X-ray diffraction (XRD) pattern of the dried powdered product, no sharp peaks were present in the 13 layer CaSt2 film. From scanning electron microscopy (SEM) micrographs, it was seen that calcium stearate powder had lamellar structure and the average particle size was 600 nm. The AFM picture of the CaSt2 film indicated the surface was not smooth with a peak to valley distance of 6 nm.

Effect of humidity on electrical conductivity of zinc stearate nanofilms

Colloids and Surfaces A: Physicochemical and Engineering Aspects

2007 In this work, stearic acid (StAc) and zinc stearate (ZnSt2) nanofilms were deposited on glass and silver substrates using Langmuir–Blodgett (LB) film technique and their structural and electrical properties were investigated. X-ray diffraction and IR techniques revealed that more crystalline and better films were obtained from ZnSt2 compare to StAc. Electrical conductivity of ZnSt2 LB films with 13 layers having 28 nm thickness were measured in the range of humidity of 20–60% and it is seen that the conductivity was very sensitive to relative humidity (RH) above 40% at 25 °C and showed no hysteresis during adsorption and desorption of water vapor. Water vapor adsorption isotherm of ZnSt2 powders was determined and conductivity increase with humidity was attributed to water vapor adsorption.