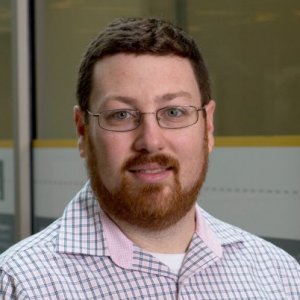 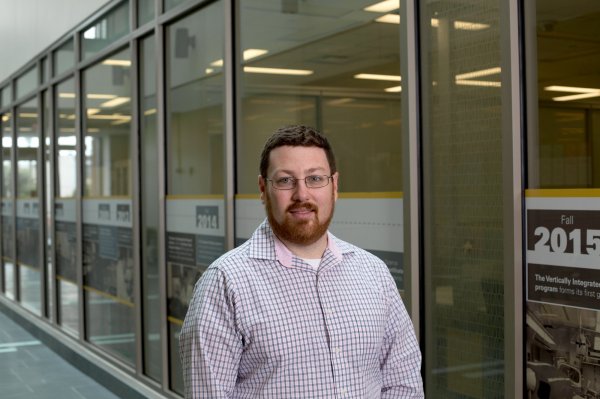 Dr. Weinberg received a BSE in Biomedical Engineering from Duke University in 2006 and a PhD in Biomedical Engineering from Johns Hopkins University in 2012. From 2012-2014, he was a post-doctoral research associate with the Biomathematics Initiative at the College of William & Mary. From 2014-2016, he was a Research Assistant Professor at the Virginia Modeling, Analysis, and Simulation Center (VMASC) at Old Dominion University.

A study by three researchers in VCU’s Department of Biomedical Engineering enhances understanding of a cell’s response to mechanical cues from its surrounding environment, a key regulator of cell function. “Mechanotransduction Dynamics at the Cell-Matrix Interface” by assistant professor Seth Weinberg, Ph.D., student Devin Mair and associate professor Christopher Lemmon, Ph.D., employs a computational-experimental methodology with implications for further insights into mechanical interactions between cells. The study, part of a project funded by a $1.8 million grant from the National Institutes of Health, appears in the May 2017 issue of Biophysical Journal.

Fibrosis is responsible for nearly half of the deaths in the western world, and is seen in nearly all organ systems. It is characterized by aberrant assembly of extracellular matrix which is first established by the assembly of a matrix of fibrils consistin of the protein fibronectin (FN); once assembled, fibronectin fibrils can localize soluble, pro-fibrotic growth factors to the cell surface to create a self-sustaining feedback loop that facilitates furthr fibrosis. In this work, we will develop and experimentally validate a computational biophysical model that predicts FN fibril assembly and subsequent localized growth factor signaling to better understand the process of fibrosis.

Epithelial-­Mesenchymal Transition (EMT) is a key transdifferentiation event that is required for embryonic development and wound healing and is misregulated in several disease states including fibrotic disease and cancer. The initiating events that drive EMT require changes in the contractile forces acting on cell-­cell and cell-­matrix junctions and changes in cell markers. Here we will develop both novel computational and experimental platforms that predict and measure the key mechanical and biochemical signaling events in this system to understand how the interactions between mechanics and biochemical signaling drives this crucial process.

Signaling In Inherited and Acquired Sodium Channel Gain of Function

Gain-of-function mutations in the genes encoding or age related modifications of the cardiac isoform of the voltage-gated sodium channel have been associated with the Long-QT Syndrome Type 3 (LQT3) and heart failure. The genetic form of sodium channel gain of function disease LQT3 represents an exemplar for elucidating the role sodium channels play in sudden death independent of systemic remodeling. The principal issue that will be addressed in this application is the role intercellular coupling plays in translating a cellular pathologic response into a tissue level response that causes sudden cardiac death. In short, if cells electrically communicate only by gap junctional coupling, then statistically the chance of sudden death should be low and only occur after substantial gap junction loss of function. However, if cells can also communicate via electric fields generated in very narrow spaces between cells (ephaptic coupling), then pathologic activity should manifest during substantial ephaptic remodeling. Additionally, symptoms of LQT3 do not manifest until sometime during or after puberty, suggesting that young organisms are protected against life-threatening cardiac events by some type of age related remodeling. Since gap junctions redistribute around cells, but do not necessarily decrease expression, the gap junction coupling hypothesis remains speculative at best. However, since the determinants of cellular excitability and ephaptic coupling change with age, the hypothesis that ephaptic coupling modulates sudden death during gain-of-sodium function requires investigation. Upon successful completion of these aims, we will produce new theoretical underpinnings of LQT3 and heart failure that will help design new early detection tests and suggest new treatments during disease progression.

Computational Methods in Biomedical Engineering I

Numerical Methods and Modeling in BME

Mechanotransduction Dynamics at the Cell-Matrix Interface

The ability of cells to sense and respond to mechanical cues from the surrounding environment has been implicated as a key regulator of cell differentiation, migration, and proliferation. The extracellular matrix (ECM) is an oft-overlooked component of the interface between cells and their surroundings. Cells assemble soluble ECM proteins into insoluble fibrils with unique mechanical properties that can alter the mechanical cues a cell receives. In this study, we construct a model that predicts the dynamics of cellular traction force generation and subsequent assembly of fibrils of the ECM protein fibronectin (FN). FN fibrils are the primary component in primordial ECM and, as such, FN assembly is a critical component in the cellular mechanical response. The model consists of a network of Hookean springs, each representing an extensible domain within an assembling FN fibril. As actomyosin forces stretch the spring network, simulations predict the resulting traction force and FN fibril formation. The model accurately predicts FN fibril morphometry and demonstrates a mechanism by which FN fibril assembly regulates traction force dynamics in response to mechanical stimuli and varying surrounding substrate stiffness.

2016 Cardiac electrical dynamics are governed by cellular-level properties, such as action potential duration (APD) restitution and intracellular calcium (Ca) handling, and tissue-level properties, including conduction velocity restitution and cell–cell coupling. Irregular dynamics at the cellular level can lead to instabilities in cardiac tissue, including alternans, a beat-to-beat alternation in the action potential and/or the intracellular Ca transient.

2016 Ca2+-dependent signaling is often localized in spatially restricted microdomains and may involve only 1 to 100 Ca2+ ions. Fluctuations in the microdomain Ca2+ concentration Ca2+ can arise from a wide range of elementary processes, including diffusion, Ca2+ influx, and association/dissociation with Ca2+ binding proteins or buffers. However, it is unclear to what extent these fluctuations alter Ca2+-dependent signaling.

2016 Stochasticity and small system size effects in complex biochemical reaction networks can greatly alter transient and steady-state system properties. A common approach to modeling reaction networks, which accounts for system size, is the chemical master equation that governs the dynamics of the joint probability distribution for molecular copy number.

Alternans, a beat-to-beat alternation in the cardiac action potential duration (APD), is a dynamical instability linked with the initiation of arrhythmias and sudden cardiac death, and arises via a period-doubling bifurcation when myocytes are stimulated at fast rates. In this study, we analyze the stability of a propagating electrical wave in a one-dimensional cardiac myocyte model in response to an arrhythmogenic rhythm known as alternate pacing.

Excitable cells and cell membranes are often modeled by the simple yet elegant parallel resistor-capacitor circuit. However, studies have shown that the passive properties of membranes may be more appropriately modeled with a non-ideal capacitor, in which the current-voltage relationship is given by a fractional-order derivative.

Through theoretical analysis of the statistics of stochastic calcium (Ca 2+) release (ie, the amplitude, duration and inter-event interval of simulated Ca 2+ puffs and sparks), we show that a Langevin description of the collective gating of Ca 2+ channels may be a good approximation to the corresponding Markov chain model when the number of Ca 2+ channels per Ca 2+ release unit (CaRU) is in the physiological range.

High-frequency stimulation (HFS) has recently been identified as a novel approach for terminating life-threatening cardiac arrhythmias. HFS elevates myocyte membrane potential and blocks electrical conduction for the duration of the stimulus. However, low amplitude HFS can induce rapidly firing action potentials, which may reinitiate an arrhythmia. The cellular level mechanisms underlying HFS-induced electrical activity are not well understood.