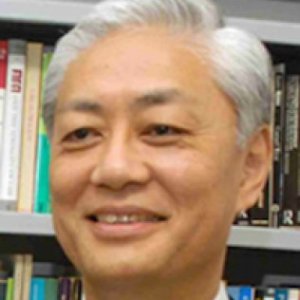 Professor Setsuo Miyazawa is a legal sociologist who received LL.B., LL.M., and S.J.D. from Hokkaido University and M.A., M.Phil., and Ph.D. in sociology from Yale. He has been a full-time faculty member at Hokkaido University, Kobe University, Waseda University, Omiya Law School, and Aoyama Gakuin University in Japan before reaching mandatory retirement at Aoyama Gakuin in 2016. He has also taught as a visiting professor at the law schools of York University (Canada), the University of Washington, Harvard, UC Berkeley, UCLA, NYU, the University of Hawaii, the University of Pennsylvania, and Fordham. His first visit to Hastings was in 2008, and he joined full time faculty at Hastings in the fall 2013. He teaches at Hastings in the fall and serves as the Senior Director of the East Asian Legal Studies Program established in 2015. He has also organized an annual symposium on Japanese law at Hastings since 2012.

Professor Miyazawa has a wide range of research interests, including police and criminal justice, legal ethics and public interest lawyering, legal education, and corporate legal practice; he received his doctoral degree in Japan with a study on police, while receiving his American doctoral degree with a study on corporate legal departments. He has published or edited more than a dozen books in Japanese and English. His first English book, Policing in Japan (SUNY Press, 1992), received the 1993 Distinguished Book Award of the Division of International Criminology of the American Society of Criminology. He has been highly active in the promotion of judicial reform in Japan, where he was one of the most prominent proponents of the introduction of the American-style graduate professional law schools. He has also been active in the Law and Society Association (LSA) in the US, twice serving on its Board of Trustees. He co-founded the Collaborative Research Network 33 in East Asian Law and Society in the LSA in 2008 and received the International Scholarship Prize from the LSA in 2014. He continues his activities as an institution builder and co-founded the Section on East Asian Law and Society in the AALS in 2015 and the Asian Law and Society Association (ALSA) in 2016. He was the founding President of the ALSA in 2016 and 2017. The Legal Process in Contemporary Japan: A Festschrift in Honor of Professor Setsuo Miyazawa’s 70th Birthday was published in 2017 in two volumes with more than 70 articles in both Japanese and English. 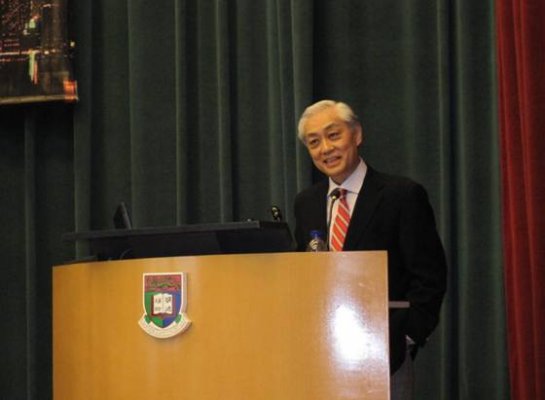 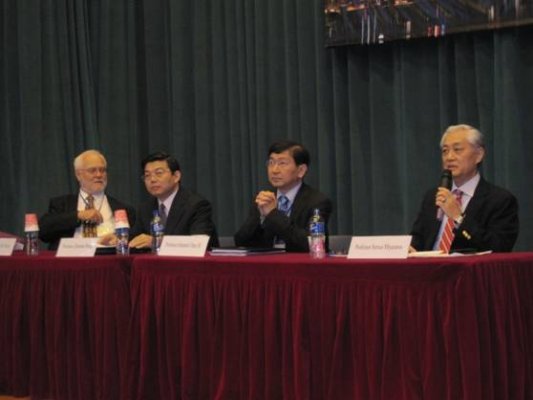 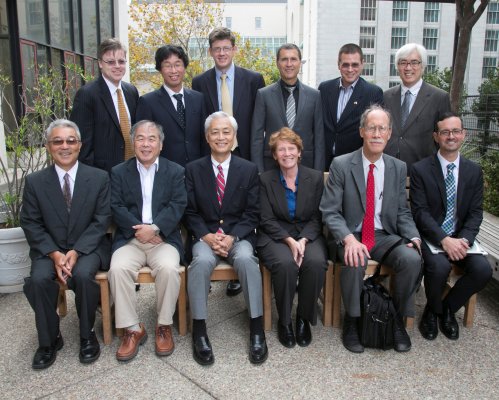 Awarded by the Law and Society Association.

Awarded by the Division of International Criminology of the American Society of Criminology for the book "Policing in Japan".

UC Hastings Professor Setsuo Miyazawa was honored with the Law and Society Association’s International Prize during the Association’s Annual Meeting in Minneapolis, MN...

The purpose of this paper is to discuss methods and hypotheses of empirical comparative research on criminal behavior from the perspective of a Japanese criminologist. Referring to the title of van Wolferen's book on The Enigma of Japanese Power, the author studies Japan as an ideal testing ground for any approach in comparative criminology: with an apparently contradictory combination of tremendous economic development and a consistently low crime rate, lower than those in most other developed countries, Japan still needs comparative research of three types: first, using data from a culture or country different from those where theories to be tested originated; second, confronting qualitative research focusing on only two or three cultures; third, comparing quantitative research involving a large number of cultures or countries.

Introduction to the Special Issue: The Future of Lay Adjudication and Theorizing Today's Resurgence of Civic, Legal Participatory Systems in East and Central Asia

Ever since the collapse of the Soviet Union in 1991, many nations around the world have moved to introduce a contemporary version of popular jury in their administrative system of justice. In the last two decades, East, Central, and Western Asia have become the focus of this global trend. Debates and proposals have also made headway in nations from Central and Eastern Europe to Central and South America, Southeast Asia, and Africa. We can trace the origins of these recent trends over the last five hundred years, as the system of lay adjudication has appeared at least twice before. Some argue that the current sweep of judicial reforms in Asia is similar to the 19th century wave of reform triggered by the 1789 French Revolution. Political unrest in Europe strengthened the petit jury in England, and trial by jury became an integral part of emerging democracies on the European Continent as well as in the U.S. The common elements in transformative time and space during periods of significant social change and political upheaval may be found in lay participatory systems that emerged as a symbol of democratic ideals around the world. The institution of the popular jury was perceived to effectively elevate ordinary citizens into the position of self-governance, and in fact became an avenue to secure direct, participatory democratic reforms.

Legal Culture and the State in Modern Japan: Continuity and Change

Law, Society, and History: Themes of the Legal Sociology and Legal History of Lawrence W. Friedman

This chapter has surveyed salient features of the legal system in Japan since the late Tokugawa period. Our purpose has been to describe the relation of the legal system to the state and to offer some observations about the autonomy of the internal legal culture of Japan. We found fundamental continuity between Tokugawa Japan and postwar Japan. It remains to be seen whether the justice system reform introduced since 2001 will produce transformations of the relationship between the state and the bar, resulting in a more assertive internal legal culture.

The Resurgence of Lay Adjudicatory Systems in East Asia

A new historic stage has clearly begun. The Asian neo-colonies under U.S. military jurisdiction are finding an independent legal path to protect their citizens from abuse. And on May 27, 2010, the movement at last was launched with the Japanese citizen’s lay court in Okinawa, finding the U.S. soldier guilty of robbery and bodily injuries to a cab driver and sentencing him to three to four years in a Japanese prison. There will be more American military defendants subject to this judicial process, as lay adjudication begins to play an important role in placing the burden of responsibility on military personnel’s activities -- functioning as effective judicial oversight of the actions and conduct of American military personnel in Okinawa and other parts of the world still hosting substantial U.S. military installations.

The Reform of Legal Education in East Asia