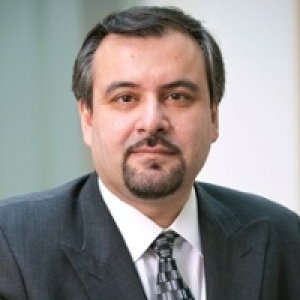 Improving the efficiency, reliability and security of communication networks drives the research of Shahram Heydari, PhD, Associate Professor in the Faculty of Business and Information Technology. He has always had a keen interest in science, and became immersed in designing and advancing network technology early in his career.

Dr. Heydari obtained both his Bachelor of Science degree and his Master of Science degree from Sharif University of Technology in Iran, in 1990 and 1993, respectively. In 1994, he began his career as a project engineer and network designer at Informatics Services Corporation in Tehran, Iran. In 1996, he immigrated to Canada to pursue further post-graduate studies, and in 1998 he earned a Master of Science degree from Concordia University in Montreal, Quebec. While at Concordia, he served as a research assistant; then joined Presentey Engineering Products Ltd. in Gloucester, Ontario as a project engineer. In 1999, he started working as a software designer for Nortel Networks, the largest Canadian telecom equipment vendor at the time, and became a member of its scientific staff, fueling his ambition for research, and guiding his career toward academia.

While at Nortel, he was also a part-time lecturer and research assistant at the University of Ottawa’s (U of O) School of Electrical Engineering and Computer Science, mentoring his students and exploring research opportunities. In 2003, he moved to Nortel’s enterprise networking division as a system designer and firmware engineer, where he continued to work until 2007. A banner year, in 2007 he was granted a U.S. patent for his innovation in developing a Hierarchical Tree-Based Protection Scheme for Mesh Networks, while at Nortel. He also received his Doctorate from the School of Information Technology and Engineering at U of O; and joined UOIT as an assistant professor.

At UOIT, he lives by the philosophy that training the next generation of researchers is as important as the research itself. Dr. Heydari spends most of his time guiding his graduate students towards improving their analytical and methodical research, as well as the documentation and presentation of their work.

He is a Senior Member of the Institute of Electronic and Electrical Engineers (IEEE), and a Certified Instructor with the Cisco Networking Academy.

Dr. Heydari is a senior member of the IEEE, the world’s largest professional association for the advancement of technology, inspiring a global community through peer-reviewed publications, conferences, technology standards, and professional and educational activities.

University of Ottawa: PhD, School of Information Technology and Engineering 2007

Proceedings of the 7th International Conference on Networking and Services  Venice, Italy

Proceedings of the 7th International Conference on Networking and Services, pp. 299-305  Venice, Italy

Abstract: In a hierarchical tree-based protection scheme, a node in a mesh network is designated as a root node of a spanning hierarchical protection tree and subsequently invites each adjacent node to become its child within the tree. If the inviting node provides a more capacious protection path to the root node than is currently enjoyed by the invitee, the invitee designates the inviting node as its primary parent and assumes a new tree position. Otherwise, the invitee designates the inviting node as a backup parent. A node assuming a new tree position invites all adjacent nodes except its parent to become its child. The invitations propagate throughout the network until a spanning hierarchical protection tree is formed. Upon a subsequent failure of a straddling link, the tree may be used to re-route data. Further, given a tree link failure, protection switching is quickly achieved at a disconnected node through use of a backup parent as the new primary parent. Dynamic tree reconfiguration in the event of network topology changes may be limited to the network area surrounding the change.