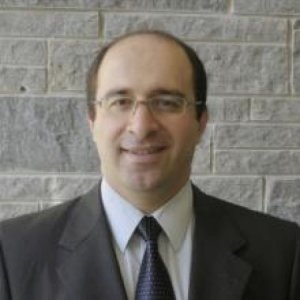 Professor, Faculty of Engineering and Applied Science | University of Ontario Institute of Technology 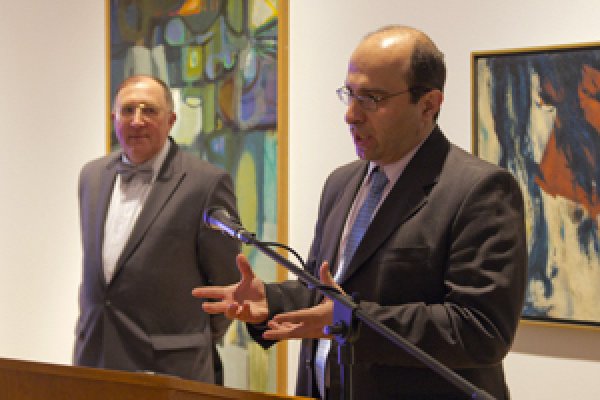 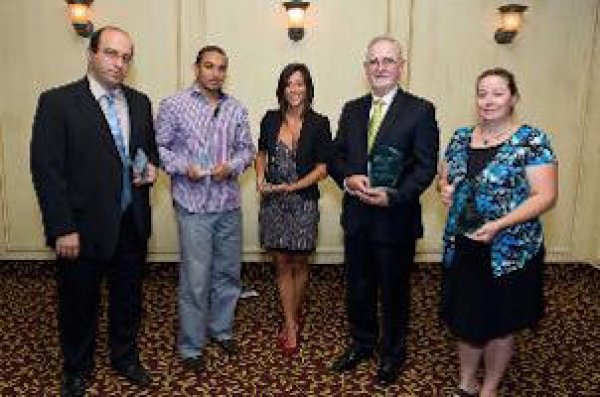 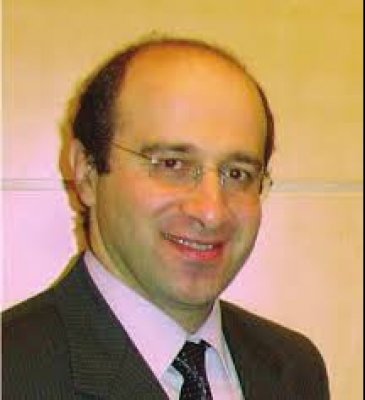 Demand to bring faster and more efficient wireless communications to industry, business and consumers has created an adhoc global network design, with little known data of exactly how much power an entire network consumes, and this is sounding some environmental alarm bells. Billions of mobile and wired devices invariably connected to power grids, are all vying for stored energy and contributing to global warming. Shahram ShahbazPanahi, PhD, Professor in the Faculty of Engineering and Applied Science, is focused on developing co-operative networks to more efficiently share bandwidth, reduce energy consumption, and environmental impact. He is currently working with a world-leading telecommunication firm to develop novel network schemes for 5G networks. He has also worked in the area of source localization, array processing and beamforming, spread spectrum, MIMO communications, dynamic spectrum allocation.

Through research funded by the Natural Sciences and Engineering Council of Canada (NSERC) and in partnership with the University Network of Excellence in Engineering (UNENE), Dr. ShahbazPanahi is also leading research aimed at using advanced techniques in ultrasonic array imaging to detect defects in pipes that feed into the boiler of a nuclear power plant, which could help prevent an environmental disaster.

He joined UOIT in July 2005 as an assistant professor, and was appointed associate professor in July 2010. During his tenure, Dr. ShahbazPanahi has helped shape the faculty’s graduate programs; his research group has garnered worldwide recognition, his publications have received close to 5,000 citations, and he has established significant industry partnerships, all leveraging UOIT’s status as a signal processing and communications hub.

Ranked first in his native country of Iran’s nation-wide entrance exam as an electrical engineering student with a power major, Dr. ShahbazPanahi completed his Bachelor of Science in Electrical Engineering, his Master of Science in Signal Processing and Communication Systems, and his Doctorate in Statistical and Array Signal Processing, and Wireless Communications, all in the Department of Electrical Engineering at the Sharif University of Technology. During his doctoral studies, he gained industry experience as a hardware and software engineer at Parstel Telecom Co., and a project manager at Emad Semiconductor Co. before moving to Canada for a post-doctoral fellowship at McMaster University in Hamilton, Ontario.

Dr. ShahbazPanahi received this award for the high-calibre research he conducted in the areas of wireless communications and signal processing.

Dr. ShahbazPanahi received this award for the high-calibre research he conducted within 10 years of his graduation.

Appointed a member of IEEE in 2002, and a Senior Member in 2010, Dr. ShahbazPanahi has served as the Associate Editor of IEEE Signal Processing Letters since 2012. For six years, he was a member of the IEEE Sensor Array and Multi-channel (SAM) Technical Committee of the IEEE Signal Processing Society; and he has also served as a member of IEEE's Technical Program Committee for numerous international conferences and workshops.

Ranked second among all PhD applicants in the nationwide PhD entrance exam.

Ranked seventh among all MSc applicants in the nationwide MSc entrance exam; and ranked first among all graduating MSc students.

Ranked first among all the applicants in the Power Engineering program the nationwide entrance exam, and ranked second among all BSc graduating students.

UOIT is celebrating the beginning of a new academic year by recognizing outstanding achievements by faculty and staff over the past 12 months. The 2011 Awards of Excellence were presented September 13 at the annual President’s Welcome Back Reception hosted by Dr. Tim McTiernan.

We consider a network consisting of a transceiver-receiver pair and nr relay nodes. We assume that there is no direct link between the transmitter and the receiver. Assuming an amplify-and-forward relaying protocol, the relays collectively materialize a network beamformer to establish a link between the transmitter and the receiver. The transmitter and the receiver are assumed to have their own sources of power such as power grid, however, the relays are assumed to be connected to a central energy harvesting module with a battery with capacity of Bmax. We consider a communication scheme which consists of k time frames where in each time frame, a specific amount of the harvested energy will be allocated to each relay. Aiming to optimally calculate the relays' beamforming coefficients, we consider two different scenarios.

We consider a single-carrier asynchronous two-way amplify-and-forward relay network, where two single-antenna transceivers exchange information with the help of several single-antenna relay nodes. We assume that the propagation delay of each relaying path, originating from one transceiver, going through a certain relay, and ending at the other transceiver, can be different from those of the other relaying paths. This assumption turns the end-to-end link into a multi-path channel, which produces inter-symbol-interference at the transceivers.

We propose a sparse signal representation based method for imaging solid materials in the presence of mode conversion phenomenon using an array of ultrasonic transducers. Traditional imaging techniques, such as MUSIC, Capon, and delay-and-sum (DAS) beamformer, do not take into account mode conversion. Recently, the well-known Capon and MUSIC techniques have been modified such that they can be used in multimodal propagation environments. Referred to as MC-Capon and MC-MUSIC techniques, these methods yield a higher resolution and lower sidelobe levels, as compared to the DAS beamformer. Moreover, unlike the DAS beamformer, they do not suffer from Rayleigh resolution limit, which is independent of the SNR.

Considering a bidirectional collaborative scheme, we study the problem of resource sharing between two transceiver pairs in a multi-carrier scenario. One pair, referred to as the primary pair, is considered to be the owner of the spectral resources, meaning that the rates of its users must be guaranteed to be greater than a predefined threshold. It is assumed that the other pair, called the secondary pair, owns the relay infrastructure.

We study the problem of obtaining achievable signal-to-noise ratio (SNR) region and the corresponding rate region for an asynchronous bidirectional multi-carrier relay network which consists of two transceivers and multiple relays. We assume that each relaying path, corresponding to each relay, causes a delay in the signal transmitted by one of the transceivers when this signal goes through that relay and arrives at the other transceiver. This delay depends on the distance traveled by the signal. Hence, different relaying paths incur different delays in the signal time of arrival at each of the two transceivers.

In this paper, we consider a multicarrier asynchronous bidirectional relay network, where different relay-transceiver links can cause different delays in the signals they convey, thereby producing inter-symbol-interference at the two transceivers. Such a two-way relay link can be modeled as a frequency selective channel with multiple taps, and thus, it can be equalized using orthogonal frequency division multiplexing (OFDM) transmission and reception schemes at the two transceivers, while the relays use simple amplify-and-forward relaying protocol.

Considering a bidirectional amplify-and-forward based multi-carrier multi-relay network, we formulate two different joint power allocation and network beamforming problems. In the first formulation, we aim to minimize the total transmit power of the network, subject to two constraints on the transceiver rates. In the second problem, our goal is to maximize the sum-rate of the two transceivers subject to a constraint on the total network transmit power.

We consider two-way amplify-and-forward relaying in a multichannel system with two end nodes and a single relay, using a two-slot multi-access broadcast (MABC) relaying strategy. We investigate the problem of joint subchannel pairing and power allocation to maximize the achievable sum-rate in the network, under an individual power budgets at each node.