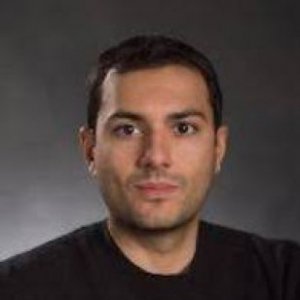 
Shahryar Minhas is an expert in international political economy and conflict studies. 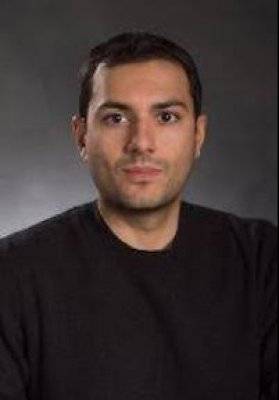 Shahryar Minhas is an Assistant Professor at Michigan State University in the Department of Political Science and the Social Science Data Analytics Program (SSDA).

Many relationships requiring mutual agreement between pairs of actors produce observable networks that are symmetric and undirected. Nevertheless the unobserved, asymmetric network is often of primary scientific interest. We propose a method that probabilistically reconstructs the unobserved, asymmetric network from the observed, symmetric graph using a regression-based framework that allows for inference on predictors of actors' decisions. We apply this model to the bilateral investment treaty network. Our approach extracts politically relevant information about the network structure that is inaccessible to alternative approaches and has superior predictive performance.

We present an implementation of split-population duration regression in the spduration (Beger et al., 2017) package for R that allows for time-varying covariates. The statistical model accounts for units that are immune to a certain outcome and are not part of the duration process the researcher is primarily interested in. We provide insights for when immune units exist, that can significantly increase the predictive performance compared to standard duration models. The package includes estimation and several post-estimation methods for split-population Weibull and log-logistic models. We provide an empirical application to data on military coups.

There is growing interest in the study of political networks. Network analysis allows scholars to move away from focusing on individual observations to the interrelationships among observations. Many network approaches have been developed in descriptive fashion, but attention to inferential approaches to network analysis has been growing. We introduce a new approach that models interdependencies among observations using additive and multiplicative effects (AME). This approach can be applied to binary, ordinal, and continuous network data, and provides a set of tools for inference from longitudinal networks as well. We review this approach and compare it to those examined in the recent survey by Cranmer et al. (2016). The AME approach is shown a) to be easy to implement; b) interpretable in a general linear model framework; c) computationally straightforward; d) not prone to degeneracy; e) captures 1st, 2nd, and 3rd order network dependencies; and f) notably outperforms multiple regression quadratic assignment procedures, exponential random graph models, and alternative latent space approaches on a variety of metrics and in an out-of-sample context. In summary, AME offers a straightforward way to undertake nuanced, principled inferential network analysis for a wide range of social science questions.

Enemy at the Gates: Variation in Economic Growth from Civil Conflict

There has been much disagreement about the relationship between civil wars and state economic performance. While civil war is often associated with poor economic performance, some states have managed robust growth despite periods of domestic armed conflict. We find this disagreement results from not accounting for the spatial distribution of conflict within a country. A robust literature in economics stresses the role major cities play in economic growth. We hypothesize that the economic impact of civil conflict is contingent on the conflict’s location relative to major urban centers within a state. We use subnational data on the location of conflict relative to urban areas to test the impact of domestic conflict on annual gross domestic product growth. In doing so, we bridge the economic development literature on the importance of cities with extant literature on the effect of armed conflict to provide a novel explanation for the paradox of high macroeconomic growth in conflict-ridden countries.

Missing observations are pervasive throughout observational research, especially in the social sciences. Despite multiple approaches to dealing adequately with missing data, many scholars still rely on list-wise deletion. In this article, we present a simple to use approach to multiple imputation. We show that using Gaussian copulas for multiple imputation allows scholars to attain estimation results that have good coverage and small bias. Using simulated as well as observational data from published social science research we compare imputation via Gaussian copulas with two other widely used imputation methods: MICE and Amelia II. The three approaches perform relatively similarly. Importantly, however, imputation via the Gaussian copula is simple and does not require the researcher to undertake any transformation of the data or specification of distributional assumptions for individual variables but returns a valid posterior density of the imputed data.

Canonical studies of civil war examine the conditions that favor conflict across the globe. While predicting the onset of intrastate war has seen great progress, analysis on the occurrence of battles between actors remains obscure. Despite growing interest in the logic of rebel group fighting, empirical assessment of these relationships is underdeveloped. We unmask the interdependent dynamics of civil conflict by conceptualizing actors and battles as nodes and ties in a network. We examine how these relationships change over time and how their evolution in one time period enables precise prediction of conflict in future periods. Our network approach yields theoretical implications for understanding how the entrance of particularly aggressive actors can decisively alter the trajectory of civil conflict.