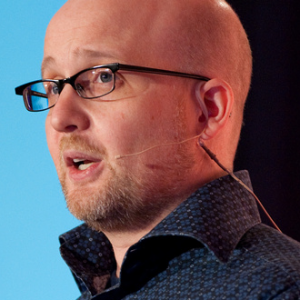 Before co-founding Fonolo, Shai was at Keynote Systems (NASDAQ: KEYN), where he led the team responsible for Streaming Perspective, the industry standard for streaming performance measurement.

Shai led the Streamcheck team as co-founder and CEO until its acquisition by Keynote. By selling hosted services to companies like Microsoft, AOL, Akamai, Viacom and BBC, he got the company to profitability while defying the high-tech slump of 2001. Along the way, Streamcheck established the industry standard for measuring streaming media, used to this day by Microsoft to certify its hosting partners.

Shai has a degree in Engineering Physics from Queen's University and a Master's degree in Applied Science from the University of Toronto.

University of Toronto: Masters of Applied Science, Physics and Engineering 2006

How call centers are being reshaped by smartphones, social media and fed-up consumers

The call center interaction remains at the heart of the customer service experience for most consumer-facing companies. Today, that interaction continues to suffer from flaws that annoy callers and raise costs for companies: annoying phone menus (IVRs), waiting on hold and repeating information to agents, etc. But the call center is about to undergo a radical change. This change is being powered by the growing impact of social media, the proliferation of smartphones and the rising expectations of today's consumer. Consider how most calls begin: The ubiquitous phone menu (IVR) is supposed to connect callers with the right agent, but frequently results in the caller "zero-ing out", which helps nobody. In fact, several third party web sites and mobile apps are devoted to helping callers "cheat" their way through the menus. This is clearly not a healthy way to start a conversation. Consider another common flaw: The caller is prompted by the IVR to provide information but then, when connected to the agent, he has to repeat the same information. This leads to more caller frustration and much wasted agent time. Why do these flaws persist, despite the clear damage to the caller experience and the added cost to the company? Here are some of the reasons: 1) Call centers are built on proprietary systems which makes innovation difficult, 2) the call center function is often outsourced to a 3rd party (or multiple 3rd parties), 3) There are no interoperability standards between call centers. These are all deeply ingrained problems that are not going to be solved in the near future. In this talk, Shai will go over the ROI arguments for fixing common call center flaws and why the time is right to do so. He will review some of the options that are available and share case studies from Royal Bank of Canada, Optus Telecom and Sirius Radio. These examples are clues to the future of the call center experience.