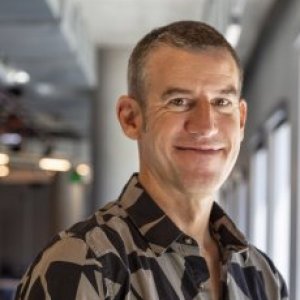 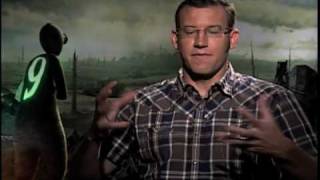 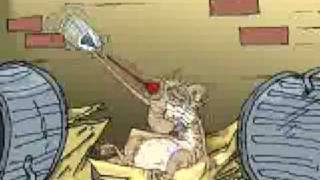 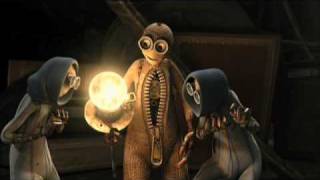 Shane Acker has written, directed, and produced many short films, including the Oscar-nominated "9," which won Best in Show at the SIGGRAPH and the Annacy International Animated Film Festival in 2009. Acker directed the full-length theatrical version of "9," produced by Tim Burton. His 3D animation and pre-visualization work can be seen in such films as "Lord of the Rings: The Return of the King," "Oz The Great and Powerful," and "Total Recall." His multidisciplinary arts background includes a Master's in Architecture and a Master of Fine Arts in Animation degree from UCLA. He teaches at LMU, and has also taught at USC and the Gnomon School for Visual Effects.

Storyboarding for Live Action and Animated Films and Series

Won 2005 Best Animated Short in the Electronic Theater for "9"

Awarded in 2013 for Achievement in the field of Animation

Festival honors kick off Saturday, June 8, when Academy Award nominee and TFT alumnus Shane Acker receives the Crystal Anvil Award during the Festival of Animation at UCLA's James Bridges Theater. Acker, whose first feature-length animated production, "9," was based on his TFT thesis film and Oscar-nominated short of the same name, will next direct Reel FX's animated feature "Beasts of Burden," based on the Dark Horse comic...

It's been more than three years since Shane Acker's directorial debut, the animated film 9, arrived in theaters, but finally the filmmaker has found his next project. Reel FX has hired Acker to helm Beasts of Burden, a brand new animated film that will be based on the Dark Horse comic series by Evan Dorkin and artist Jill Thompson...

Perhaps that's why they've hired Shane Acker to direct. He previously helmed the Tim Burton-produced 9, but with a little kid at home, he's excited about preparing some material a younger audience could appreciate. According to Deadline, he'll work from a completed script written by Josh Klausner, Chris Viscardi and Will McRobb...

Shane Acker Is Open To A 9 Sequel

Shane Acker’s 9 hasn’t even hit theaters yet, but, naturally, sequel talk is abuzz. During a recent interview with First Showing, Acker hinted at the possibility of a sequel...

Sign InSubscribe In the Movie 9, Technology Ruins the World ... Again

In Shane Acker's visually alluring but hollow animated film 9, the apocalypse has come and gone, leaving a scorched landscape, smoldering ruins and a crew of mechanical beasts in charge. Mankind is no more, and this ought to be troubling, until you consider the usual sort we see saving the world onscreen and realize it's a relief not to have to worry about the plight of yet another plucky, attractive human being with a tendency to throw him- or herself in the way of some soulless yet savage machine...