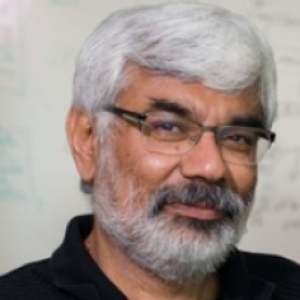 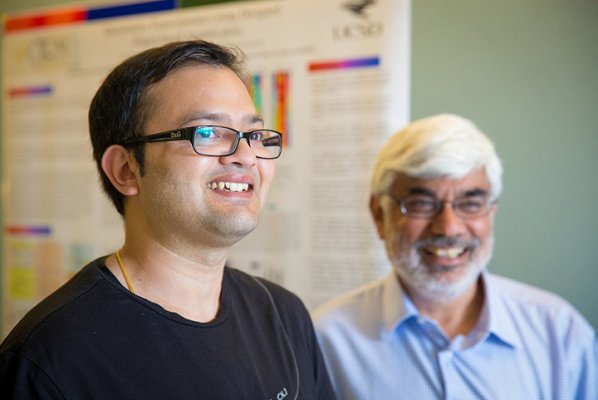 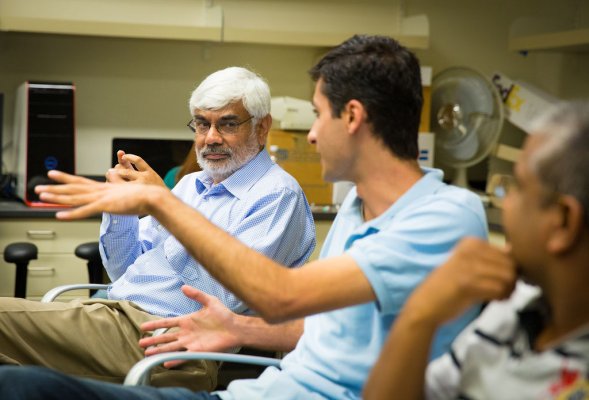 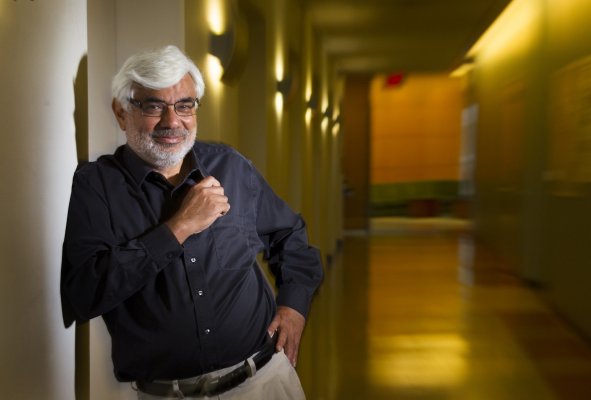 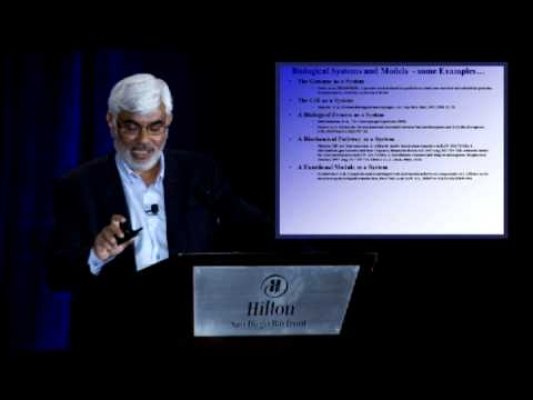 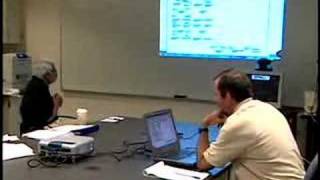 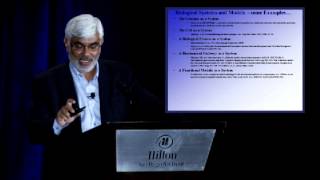 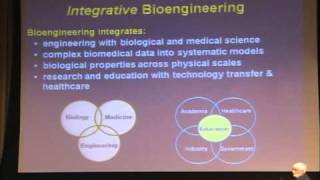 Subramaniam’s research is focused on systems biology (i.e. computational and mathematical modeling of biological systems) and systems medicine (an interdisciplinary approach at looking systems of the body as part of an integrated whole). His laboratory focuses on understanding mechanisms, reconstructing networks, building quantitative models and predicting phenotypes in mammalian systems. Areas of recent focus include quantitative transcriptomics (the sum of an organism’s RNA transcripts), neuropathology (i.e. Duchenne Muscular Dystrophy and Alzheimer’s disease), skeletal muscle myopathies, liver regeneration and pathologies, stress and endothelial physiology, and systems vaccinology. His laboratory is interested in mapping the circuitry of cells to mechanisms and phenotypes in physiology and pathology and in developing quantitative models of cellular pathways.

Subramaniam is the principal investigator on a $12 million, four-year grant from the National Institutes of Health to expand the Metabolomics Workbench, a searchable, interactive repository of data for all research in the field of metabolomics—the study of the small molecules called metabolites that are found within cells and biological systems. “Blood is our first window into human physiology,” said Subramaniam, who is the Joan and Irwin Jacobs Professor of Bioengineering and Systems Biology at UC San Diego. “The next generation of the Workbench will allow us to get a clearer and more complete view of biological systems, rooted in clinical data.”

Subramaniam is supported by 10 federally funded grants and has a large research portfolio. He is also engaged in developing state-of-the-art infrastructure for bioinformatics and systems biology. The Molecule Pages Database developed by him has been recognized as the most innovative informatics resource for signaling proteins and received the ALSIP award. The integration of highly innovative and complex computer science strategies with expert-driven curation has led to the Molecule Pages Database that provides comprehensive information on all known functional states of signaling molecules. The LipidMaps database serves as the first and only integrated resource for mammalian lipids along with their complementary gene and protein data. The Metabolomics Workbench is the internationally recognized resource which is a one-stop infrastructure for all researchers in metabolism and systems biology.

Appointed as a Distinguished Professor

Appointed as a Distinguished Scientist

Researchers at U.C. San Diego, led by the university’s Jacobs School of Engineering bioengineering professor Shankar Subramaniam, have been provided a sizeable grant from the National Institutes of Health to further research on human metabolism.

Other UCSD members include Dr. David Brenner, MD, dean of the School of Medicine; Larry Smarr, founding director of California Institute for Telecommunications and Information Technology; and Shankar Subramaniam, a bioengineering professor at the Jacobs School of Engineering.

UC San Diego researchers and colleagues elsewhere are also investigating the use of low-cost ultrasound diagnostics and biomarkers based upon metabolomics – the chemical fingerprints left by specific cellular processes – and microbiomics, specifically analyses of stool samples to predict NASH and hepatic fibrosis, the accumulation of scar tissue resulting from chronic liver disease.

Why flu shot is less effective for elderly

These differences could be used to determine in advance how effective the vaccine is likely to be, said UCSD's Shankar Subramaniam, a co-senior author of the paper with Emory's Bali Pulendran. The first author was Helder I. Nakaya, also of Emory. Moreover, it may be possible to reverse-engineer the immune differences to develop varieties of flu vaccine better attuned to provoking the immune system of older people into making more powerful antibodies to flu viruses, Subramaniam said.

2018 The rheology of homogeneous cohesive granular assemblies under shear at moderate volume fractions is investigated using the discrete element method for both frictionless and frictional granules. A transition in rheology from inertial to quasistatic scaling is observed at volume fractions below the jamming point of noncohesive systems, which is a function of the granular temperature, energy dissipation, and cohesive potential. The transition is found to be the result of growing clusters, which eventually percolate the domain, and change the mode of momentum transport in the system.

Investigation and quantification of flow unsteadiness in shock-particle cloud interaction

2018 This work aims to study the interaction of a shock wave with a cloud of particles to quantify flow unsteadiness and velocity fluctuations using particle-resolved direct numerical simulation (PR-DNS). Three cases are studied, with each case revealing one aspect of the intricate flow phenomena involved in this interaction. The unsteady interaction of a shock wave with a transverse array of particles reveals the origin of unsteadiness under the effect of mutual wave-wave and wave-wake interactions between the particles.