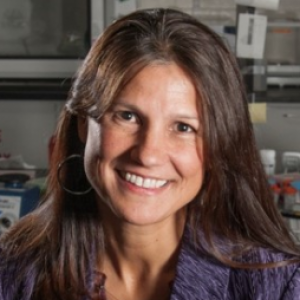 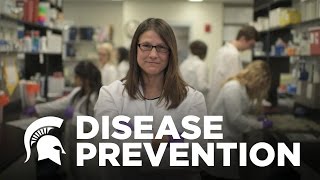 My laboratory studies the molecular epidemiology and evolutionary genetics of infectious diseases, namely those caused by diarrheagenic Escherichia coli and Streptococcus agalactiae. We apply molecular biology, epidemiological and evolutionary methods to answer questions about pathogenesis, emergence, virulence, evolution, and transmission of pathogens in human and animal populations. Our studies of both Shiga toxin-producing E. coli (STEC) O157:H7 and S. agalactiae are similar in that the phylogenetic analysis of genomic data and the subsequent epidemiological analysis identified specific strain types to be more important for disease. Most of our current and future research projects are associated with these key findings that will ultimately enhance our understanding of how genetic variation contributes to clinical illness.

We also manage and curate the STEC Center, which serves as a repository for STEC and other enteric pathogens.

One of the biggest challenges in the fight against infectious diseases—caused by pathogens like bacteria and viruses—is that pathogens constantly change, evolve, or acquire new characteristics. In an evolutionary arms race at the molecular level, Michigan State University microbiology and molecular genetics researcher Shannon Manning and her team are finding ways to protect people with new vaccines and treatments by predicting how these pathogens will change...

“Reducing STEC colonization and shedding in cattle can decrease the likelihood of these bacterial pathogens from entering the food supply and causing foodborne infections in people,” said Shannon Manning, MSU molecular biologist and principal investigator of the study. “By understanding specific factors that increase the risks of STEC shedding in cattle, new management strategies, such as the isolation of high-risk animals, can be developed to limit transmission."...

In the MSU study, most of the patients had an increase in the level of Escherichia, bacteria that are commonly found in the intestines that can sometimes be pathogenic, said Shannon Manning, MSU Foundation Professor of microbiology and molecular genetics and leader of the study. “Compared to the uninfected patients in the study, the patients who were infected with four different diarrheal pathogens – Salmonella, Shiga toxin-producing E. coli, Campylobacter and Shigella – all had increased levels of Escherichia,” she said. “In addition, patients had a decrease in the Escherichia population after they recovered.”...

Shannon Manning is an AgBioResearch microbiologist and molecular geneticist. Her research focuses on applying molecular and evolutionary approaches to study the virulence, epidemiology and evolution of bacterial pathogens to better understand pathogenesis, emergence, and transmission in human and animal populations...