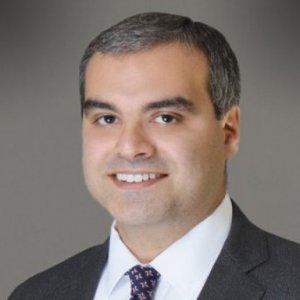 
Dr. Taghavi specializes in trauma surgery including gun violence, and is an expert in surgical critical care.

Dr. Taghavi is board certified in General Surgery and Surgical Critical Care. He received his undergraduate degree from the University of Virginia. He attended Tufts University School of Medicine where he received his Medical Degree and Masters of Public Health. He completed his general surgery residency at Temple University School of Medicine, where he served as the administrative chief resident. He spent two years as a research fellow at the Temple University Cardiovascular Research Center, investigating the therapeutic potential of mesenchymal stem cells and different modes of ventilation in hemorrhagic shock. During this time, he was independently funded by the NIH as a Ruth L. Kirchstein National Research Service Award (NRSA) winner. After spending a year as a Thoracic Surgery fellow at Washington University in St. Louis, Dr. Taghavi completed a fellowship in Surgical Critical Care at Brigham and Women’s Hospital/Harvard University School of Medicine.

Dr. Taghavi has presented his research at several national conferences and has authored numerous peer-reviewed original research manuscripts, review articles, and textbook chapters. He won an honorable mention at the Raymond H. Alexander Paper Competition at the Eastern Association for the Surgery of Trauma (EAST) and was a finalist for the American Heart Association (AHA) Cournand and Comroe Young Investigator Award. In addition, he won first place for best basic science paper at the American College of Surgeons (ACS) Pennsylvania Committee on Trauma (COT), Annual Resident Paper Competition. His research interests include health disparities among trauma patients, improving the pre-hospital care of severely injured trauma patients, and mitigation of the inflammatory response after recovery from hemorrhagic shock. Dr. Taghavi is a member of the American College of Surgeons, Eastern Association for the Surgery of Trauma, and the American Association for Academic Surgery.