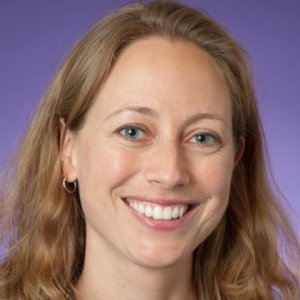 I have had a long-standing interest in understanding host-pathogen interactions, particularly between bacterial pathogens and the host innate immune system. In my lab, we use molecular and microbiological tools to identify and investigate the mechanism behind potential bacterial virulence genes. We primarily work with Bacillus anthracis, the causative agent of the deadly disease anthrax, as well as with the Staphylococcus aureus, the leading cause of skin and soft tissue infections. Currently, my lab studies a conserved intracellular bacterial protease called ClpXP and its role in virulence. Loss of ClpXP through genetic or pharmacological inhibition renders B. anthracis unable to survive in the host. One possible mechanism is due to increased susceptibility to antimicrobial peptides produced by the host innate immune system. The connection between ClpXP and bacterial defense against antimicrobial peptides is currently a major focus of investigation. My lab is also interested in the development of new antimicrobial agents. We are currently working in collaboration with Dr. Ken Keiler at Penn State University to investigate inhibiting trans-translation in S. aureus as a potential antibiotic target.

Intersections of Genetics and Disease

2019 Staphylococcus aureus is a leading cause of infection in the US and, due to the rapid development of resistance, new antibiotics are constantly needed. Trans -translation is a particularly promising antibiotic target because it is conserved in many bacterial species, is critical to bacterial survival, and is unique among prokaryotes. We have investigated the potential of KKL-40, a small molecule inhibitor of trans -translation, and find that it inhibits both methicillin-susceptible and methicillin-resistant strains of S. aureus . KKL-40 is also effective against Gram-positive pathogens including a vancomycin-resistant strain of Enterococcus faecalis , Bacillus subtilis and Streptococcus pyogenes , although its performance with Gram-negatives is mixed. KKL-40 synergistically interacts with the human antimicrobial peptide LL-37, a member of the cathelicidin family, to inhibit S . aureus but not other antibiotics tested including daptomycin, kanamycin or erythromycin. KKL-40 is not cytotoxic to HeLa cells at concentrations that are 100-fold greater than the effective MIC. We also find that S. aureus develops minimal resistance to KKL-40 even after multi-day passage in sub-lethal concentrations. Therefore, trans -translation inhibitors could be a particularly promising drug target against S. aureus , not only because of their ability to inhibit bacterial growth, but also because of their potential to simultaneously render S. aureus more susceptible to host antimicrobial peptides.

2018 ClpX functions as either an independent chaperone or a component of the ClpXP protease, a conserved intracellular protease that acts as a global regulator in the bacterial cell by degrading regulatory proteins, stress response proteins and rate-limiting enzymes. Previously, we found that loss of clpX in Bacillus anthracis Sterne leads to increased susceptibility to antimicrobial agents that target the cell envelope. The aim of this study was to identify genes within the regulatory network of clpX that contribute to antimicrobial resistance. Using microarray analysis, we found 119 genes that are highly differentially expressed in the ∆clpX mutant, with the majority involved in metabolic, transport or regulatory functions. Several of these differentially expressed genes, including glpF, sigM, mrsA, lrgA and lrgB, are associated with cell wall-active antibiotics in other bacterial species. We focused on lrgA and lrgB, which form the lrgAB operon and are downregulated in ∆clpX, because loss of lrgAB increases autolytic activity and penicillin susceptibility in Staphylococcus aureus. While we observed no changes in autolytic activity in either ∆clpX or ∆lrgAB B. anthracis Sterne, we find that both mutants have increased susceptibility to the antimicrobial peptide LL-37 and daptomycin. However, phenotypes between ∆clpX and ∆lrgAB are not identical as ∆clpX also displays increased susceptibility to penicillin and nisin but ∆lrgAB does not. Therefore, while decreased expression of lrgAB may be partially responsible for the increased antimicrobial susceptibility seen in the ∆clpX mutant, disruption of other pathways must also contribute to this phenotype.

2012 The ClpXP protease is a critical bacterial intracellular protease that regulates protein turnover in many bacterial species. Here we identified a pharmacological inhibitor of the ClpXP protease, F2, and evaluated its action in Bacillus anthracis and Staphylococcus aureus. We found that F2 exhibited synergistic antimicrobial activity with cathelicidin antimicrobial peptides and antibiotics that target the cell well and/or cell membrane, such as penicillin and daptomycin, in B. anthracis and drug-resistant strains of S. aureus. ClpXP inhibition represents a novel therapeutic strategy to simultaneously sensitize pathogenic bacteria to host defenses and pharmaceutical antibiotics.

The pore-forming protein Cry5B elicits the pathogenicity of Bacillus sp. against Caenorhabditis elegans

2011 The soil bacterium Bacillus thuringiensis is a pathogen of insects and nematodes and is very closely related to, if not the same species as, Bacillus cereus and Bacillus anthracis. The defining characteristic of B. thuringiensis that sets it apart from B. cereus and B. anthracis is the production of crystal (Cry) proteins, which are pore-forming toxins or pore-forming proteins (PFPs). Although it is known that PFPs are important virulence factors since their elimination results in reduced virulence of many pathogenic bacteria, the functions by which PFPs promote virulence are incompletely understood. Here we study the effect of Cry proteins in B. thuringiensis pathogenesis of the nematode Caenorhabditis elegans. We find that whereas B. thuringiensis on its own is not able to infect C. elegans, the addition of the PFP Cry protein, Cry5B, results in a robust lethal infection that consumes the nematode host in 1–2 days, leading to a “Bob” or bag-of-bacteria phenotype. Unlike other infections of C. elegans characterized to date, the infection by B. thuringiensis shows dose-dependency based on bacterial inoculum size and based on PFP concentration. Although the infection process takes 1–2 days, the PFP-instigated infection process is irreversibly established within 15 minutes of initial exposure. Remarkably, treatment of C. elegans with Cry5B PFP is able to instigate many other Bacillus species, including B. anthracis and even “non-pathogenic” Bacillus subtilis, to become lethal and infectious agents to C. elegans. Co-culturing of Cry5B-expressing B. thuringiensis with B. anthracis can result in lethal infection of C. elegans by B. anthracis. Our data demonstrate that one potential property of PFPs is to sensitize the host to bacterial infection and further that C. elegans and probably other roundworms can be common hosts for B. cereus-group bacteria, findings with important ecological and research implications.

2011 Colonies of Bacillus anthracis Sterne allow the growth of papillation after 6 days of incubation at 30°C on Luria–Bertani medium. The papillae are due to mutations that allow the cells to overcome the barriers to continued growth. Cells isolated from papillae display two distinct gross phenotypes (group A and group B). We determined that group A mutants have mutations in the nprR gene including frameshifts, deletions, duplications and base substitutions. We used papillation as a tool for finding new mutators as the mutators generate elevated levels of papillation. We discovered that disruption of yycJ or recJ leads to a spontaneous mutator phenotype. We defined the nprR/papillation system as a new mutational analysis system for B. anthracis. The mutational specificity of the new mutator yycJ is similar to that of mismatch repair‐deficient strains (MMR‐) such as those with mutations in mutL or mutS.