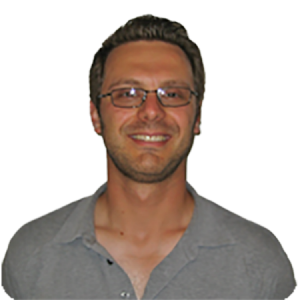 Shawn Chester received both B.S. and M.S. degrees at NJIT from the mechanical engineering department, finishing with an M.S. in 2006. His research while at NJIT was in the area of computational granular science. In 2006, Chester went on to the solid mechanics and materials laboratory at the Massachusetts Institute of Technology. He received his Ph.D. in mechanical engineering in 2011, specializing in solid mechanics. After MIT, he became a postdoctoral researcher in the engineering division at Lawrence Livermore National Laboratory in California. His research focus has been the development of experimentally validated continuum level constitutive theories for large-deformation multi-physics behavior of materials, and the associated numerical implementation. His research spans most aspects of mechanics; experimental characterization, theoretical modeling, numerical implementation and experimental validation.

Chester is also the director for the Laboratory for the Mechanics of Advanced Materials. The primary goal of the lab is to understand interesting and exciting phenomena in solid mechanics, particularly multiphysics material behavior. Multiphysics behavior occurs when multiple physical phenomena are present in a material’s response, beyond deformation. For example, temperature can have a profound impact on the stiffness of materials and some oils degrade the strength of a material over time. Research includes experimental, theoretical and computational solid mechanics. The Laboratory works on continuum-level descriptions of polymeric behavior of materials, including polymer gels, dielectric elastomers and shape-memory polymers, among others. The Lab’s general procedure is to conduct experiments to obtain a material’s behavior over a wide range of environmental conditions; to develop constitutive models to capture that behavior; to design and implement numerical procedures for use in finite element simulations; and lastly, to validate the constitutive model and its numerical implementation in exciting representative applications.

2018 Mechanics of Electro/Magneto-Active Materials and Structures

Invitation to an NSF workshop

Vanishing viscoelasticity - a paradigm shift in mechanics of materials

Mechanics toward a sustainable environment: Effects of UV exposure on the mechanical behavior of Polylactic Acid

2018 Stimuli-responsive hydrogels exhibiting physical or chemical changes in response to environmental conditions have attracted growing attention for the past few decades. Poly (N-isopropylacrylamide)(PNIPAAm), a temperature responsive hydrogel, has been extensively studied in various fields of science and engineering. However, manufacturing of PNIPAAm has been heavily relying on conventional methods such as molding and lithography techniques that are inherently limited to a two-dimensional (2D) space...

Modeling of dielectric viscoelastomers with application to electromechanical instabilities Authors

Journal of the Mechanics and Physics of Solids

2016 Soft dielectrics are electrically-insulating elastomeric materials, which are capable of large deformation and electrical polarization, and are used as smart transducers for converting between mechanical and electrical energy. While much theoretical and computational modeling effort has gone into describing the ideal, time-independent behavior of these materials, viscoelasticity is a crucial component of the observed mechanical response and hence has a significant effect on electromechanical actuation. In this paper, we report on a constitutive theory and numerical modeling capability for dielectric viscoelastomers, able to describe electromechanical coupling, large-deformations, large-stretch chain-locking, and a time-dependent mechanical response.

2016 The majority of existing battery models that simulate composite electrode behavior assume the binder as a linear elastic material due to lack of a thorough understanding of time-dependent mechanical behavior of binders. Here, thin films of polyvinylidene fluoride binder, prepared according to commercial battery manufacturing method, are subjected to standard monotonic, load-unload, and relaxation tests to characterize the time-dependent mechanical behavior. The strain in the binder samples is measured with the digital image correlation technique to eliminate experimental errors. The experimental data showed that for (charging/discharging) time scales of practical importance, polyvinylidene fluoride behaves more like an elastic-viscoplastic material as opposed to a visco-elastic material; based on this observation, a simple elastic-viscoplastic model, calibrated against the data is adopted to represent the deformation behavior of binder in a Si-based composite electrode; the lithiation/delithiation process of this composite was simulated at different C rates and the stress/strain behavior was monitored. It is observed that the linear elastic assumption of the binder leads to inaccurate results and the time-dependent constitutive behavior of the binder not only leads to accurate prediction of the mechanics but is an essential step towards developing advanced multi-physics models for simulating the degradation behavior of batteries.

International Journal of Solids and Structures

2015 The theory of Chester and Anand (2011) for fluid diffusion and large deformations of elastomeric gels is implemented as a user-defined element (UEL) subroutine in the commercial finite element software package ABAQUS. A specialized form of the constitutive equations and the governing partial differential equations of the theory are summarized, and the numerical implementation is described in detail. To demonstrate the robustness of the numerical implementation a few illustrative numerical simulation examples for axisymmetric, plane strain, and three-dimensional geometries are shown. For educational purposes, and also to facilitate the numerical implementation of other coupled multiphysics theories, the source code for the UEL is provided as an online supplement to this paper.

Journal of the Mechanics and Physics of Solids

An elastomeric gel is a cross-linked polymer network swollen with a solvent (fluid). A continuum-mechanical theory to describe the various coupled aspects of fluid permeation and large deformations (e.g., swelling and squeezing) of elastomeric gels is formulated. The basic mechanical force balance laws and the balance law for the fluid content are reviewed, and the constitutive theory that we develop is consistent with modern treatments of continuum thermodynamics, and material frame-indifference. In discussing special constitutive equations we limit our attention to isotropic materials, and consider a model for the free energy based on a Flory–Huggins model for the free energy change due to mixing of the fluid with the polymer network, coupled with a non-Gaussian statistical–mechanical model for the change in configurational entropy—a model which accounts for the limited extensibility of polymer chains

A thermo-mechanically coupled theory for large deformations of amorphous polymers

In this Part I, of a two-part paper, we present a detailed continuum-mechanical development of a thermo-mechanically coupled elasto-viscoplasticity theory to model the strain rate and temperature dependent large-deformation response of amorphous polymeric materials. Such a theory, when further specialized (Part II) should be useful for modeling and simulation of the thermo-mechanical response of components and structures made from such materials, as well as for modeling a variety of polymer processing operations.