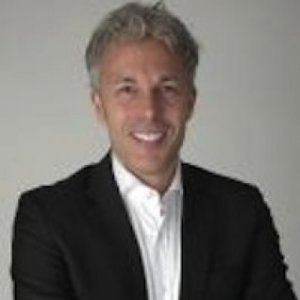 
Shawn Poland is a senior administrator who specializes in change management, client relations, fundraising and communications.

Shawn is the Associate Vice President College Advancement at Cambrian College. In this role, Shawn leads the College’s marketing, communications, digital, alumni and philanthropic portfolios. As a member of Cambrian’s senior leadership team, Shawn is engaged in the delivery of the College’s new strategic plan and along with senior colleagues is also leading a modern internal change process that will see Cambrian College as a leading Canadian post-secondary institution adjust, adapt and succeed well into the future.
In his previous role as Executive Director of the Cambrian Foundation, Poland ensured a student-centred fundraising focus, spearheaded the Foundation’s first Strategic Plan and Performance Scorecard. Shawn was also instrumental in securing the College’s largest philanthropic gifts – a $2.5M contribution from Vale to support the creation of a state-of-the-art mobile skilled trades training trailer, as well as a $2M gift leading to the creation of the Glencore Centre for Innovation.

Prior to joining the Cambrian Foundation, Poland held several positions, which added to his experience in the broad advancement model. These included the position of business development officer for the Greater Sudbury Development Corporation, where he was instrumental in the development of the Greater Sudbury re-branding initiative ‘My Sudbury, My Passion’ and as marketing director for Cinefest Sudbury, where he played a key role in rebranding the festival, media relations, promotion, and fundraising.

Poland has been involved in a number of local and provincial committees and causes, including the Canadian Unity Council, the Ontario College Committee on Advancement, the Laurentian University Alumni Association where he served as President, the Laurentian University Board of Governors, and the Art Gallery of Sudbury. Shawn is regarded a leader in marketing, change management and strategic planning.

40 Under Forty 2008 Award Recipient in Sudbury

Students in Cambrian College’s Early Childhood Education program will benefit from five new scholarships thanks to a donation from the Aune Koivula Children’s Fund. The Toronto-based charity donated $100,000 to the Cambrian College Foundation, which will administer the funds to qualified Early Childhood Education students enrolled at the college. A total of five scholarships will be awarded annually, beginning in 2017. They include two $1,500 scholarships for first-year students, and three scholarships of $2,500 to second-year students. “We are very grateful for this generous donation that will help our students for years to come,” said Early Childhood Education professor and program co-ordinator, Maxine King. “The government has indicated that there is growing demand for Registered Early Childhood Educators. According to projections, within the next five years, approximately 20,000 new positions will need to be filled in Ontario. This donation has come at a perfect time to help our students to be successful in their studies as they prepare for careers in this rewarding field.” “This very generous donation will make a real difference in the lives of our current and future students,” said Shawn Poland, associate vice-president of College Advancement and Strategic Enrolment. “I’m certain that this financial support will have a lasting impact on each recipient and will help them to continue their education with fewer financial stresses and greater ability to focus on their studies.” Cambrian’s Early Childhood Education program offers students four placements, one in each semester, and with that, the opportunity to pursue a placement opportunity in China. Early Childhood Education students interested in applying for the Aune Koivula awards can apply online by January 13, 2017.

Cambrian College partners with National Centre for Truth and Reconciliation

... The day began with a sunrise ceremony in Cambrian's Sacred Fire Arbour, followed by a roundtable discussion, round dance and prayer, guest speakers and traditional Indigenous feast, as well as the signing of a document to recognize the partners' commitment to healing through the truth and reconciliation process. As part of the agreement, the college will assist the NCTR in its mandate to preserve the memory of Canada's residential school system and legacy, through an archive of photos, video, government documents and church records and 7,000 survivor statements gathered during the Truth and Reconciliation Commission of Canada, to be shared with the college and other partners. Shawn Poland, Cambrian's associate vice-president of strategic enrolment and college advancement, and host for the gathering on Wednesday afternoon, called the signing of the agreement the beginning of a "long, important and transformational relationship" between the college and the NCTR. Ry Moran, director of the NCTR, made a point to recognize the survivors in attendance, including Metatawabin, Angela Shisheesh, Shirley Williams and Martina Osawamick. "As a country, I don't know if we have yet fully realized just how much gratitude and how much of a debt we owe the survivors," Moran said. "Despite the hardships they endured in residential schools, it is survivors who have brought us to this conversation of truth and reconciliation, and it is with great praise and dignity and humility that survivors have asked not for the tearing down of this country that we call Canada, but for the establishment of a better and brighter future for all of us. "That is truly something remarkable, because for survivors right across the country, it has been a very, very hard journey, and this archive that we talk about creating, and now sharing with this wonderful institution here, is filled with those hard stories." "The relationship that has existed between Indigenous and non-Indigenous peoples in this country has not been a source of pride for us as a nation," Moran said. "In this quest for reconciliation, it is something we need to move away from, and towards the establishment of a respectful relationship in this country." ... (a portion of the article is posted here)

Over the last six years, the Sudbury community college’s performance in Skills Canada competitions has been nothing short of amazing. ... At 5,000 students, it’s an intimate learning environment. Yet what this Ontario institution lacks in size it more than makes up for in performance. Over the last six years, the Sudbury community college’s performance in Skills Canada competitions have been nothing short of astonishing. At the provincial level, 38 students have ranked among the top 5 competitors, 53 among the top 10, and 47 among the top 20. At the national level, they’ve won 11 medals. So how is such a small school dominating in a provincial competition where the largest schools like Seneca and Humber have almost 20 times the students? It all began in 2005, when Bob Vachon, a professor of computer systems technology, first heard about Skills Ontario. “I wanted to see how our program stacked up against the rest of the province,” says Vachon, who keeps a PowerPoint on his program’s achievements on his computer. In its first year of competition, second-year student Chris McDonell managed to win a gold in the provincial competition, and went on to win a silver in the nationals, leading Vachon to develop a system. He would send both a second- and third-year student to every competition. ...Inspired by Vachon’s success, welding professor Robbie Duncan started training his students in 2007. “We have an in-house competition where they compete against one another to decide who goes to the provincials,” he explains. “It’s just good to bring out that competitive edge in people.” Duncan attributes the college’s success to the time both faculty and students put into training. “It’s all weekend, five to six hours both days, for the entire winter semester, plus evenings—really whatever their schedules can accommodate.” Shawn Poland, the associate vice-president for college advancement, has watched the college’s success build. “It’s grown tremendously,” he says. “We now have almost 100 per cent participation from our faculty. We’ve got one or two students participating in almost every category.” This year, the college had its first win at the World Skills competition in Brazil; Maxime Marineau won a bronze medal in mobile robotics. Poland says the Skills competitions are now part of Cambrian’s culture. “Students come to Cambrian often having heard of Skills,” he says. “And if they haven’t, they learn about it pretty quick.” (Portion of the full article posted here.)

Munching on cafeteria fare in Laurentian University's great hall, Darquise Laroque ponders how the province's new Ontario Tuition Grant Program can help her make ends meet. The program, which goes into effect this semester, takes $1,600 off of university students' yearly tuition, and $730 off of college students' yearly tuition. These grants represent 30 per cent of the average tuition fees paid by university and college students in Ontario.

Shawn, 37, is the executive director of the Cambrian Foundation. Under his direction, the foundation added 50 new awards benefiting students and with the help of Cambrian College president Sylvia Barnard, they were able to secure a $2 million gift from Xstrata Nickel for the College's Sustainable Energy Centre. Shawn believes in making a commitment to community involvement and lifelong learning. He is currently in the final stages of completing his MA in philanthropy and development from St. Mary's University of Minnesota. In his spare time, the husband and father of three coaches his eldest daughter's competitive soccer team.