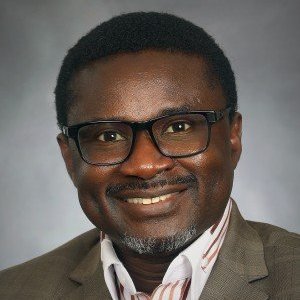 Sheku Kamara is the dean of applied research at MSOE. In this role, Kamara oversees the activities of MSOE’s Applied Technology Center (ATC). The ATC uses MSOE faculty, staff and student expertise to solve technological problems confronting business and industry. It is known for transferring technology to the marketplace. Each year, the ATC undertakes more than 250 company-sponsored research projects that are focused on providing real solutions to some of industry’s biggest problems.

Proceedings of the 3rd International Conference of Engineering and Applied Sciences,

2014 Laser Beam Forming is a new non-contact method without the use of a die, to achieve deformation in metals, which traditionally involved the application of mechanical forces to change the shape and form of the material permanently. Laser forming causes deformation by introducing thermal stresses from an external heat source as opposed to the simple application of forces in mechanical forming. In this study, samples were formed mechanically by using a dynamic press brake machine, whereby, a punch and die apply the force. A 4.4 kW Nd:YAG laser system was used to form a second set of samples made from cold rolled AISI 1008 mild steel using laser forming. In this collaborative work involving researchers from the USA, South Africa and India, the mechanical and metallurgical properties of the unformed, mechanically formed and laser formed samples were experimentally investigated. The objective is to compare these properties amongst the different samples in order to analyze the impact of the varying methodologies especially the laser energy effects on the samples. The conclusions from these tests have provided valuable information on the applicability of laser forming to attain the appropriate surface modifications yielding the desired mechanical and metallurgical properties of the metal.

2013 Greatbatch Medical, specializing in orthopedic implants and instruments, is currently utilizing direct metal laser sintering (DMLS) technology to develop concept prototypes. Greatbatch uses EOS GP1 Stainless Steel which adheres to the American standard for 17-4 Precipitation Hardened SS. Following DMLS, Greatbatch heat treats its parts to obtain desirable mechanical properties. In this study, three different heat treatment methods were examined: heat treatment and stress relief (HT+SR), stress relief (SR), and solution aging and annealing (SAA). The Vickers Hardness Test and the Tensile Strength Test were used to assess the mechanical properties of each sample. The research also included grain structure analysis using a Scanning Electron Microscope and surface roughness studies via profilometer measurements. For example, the HT+SR sample yielded 456 HV (hardness), an ultimate tensile strength of 1319 MPa, an yield strength of 1120 MPa, and 6.36% elongation. It was found that compared to the untreated sample, HT+SR decreased the total elongation by 73% and SAA decreased total elongation by 17% and additionally decreased hardness by 17%. It was learnt that stress relieving the part after DMLS was the superior method of choice based on its resulting mechanical properties. It was found that the grain structure of the non-treated sample resembled a solution treated sample and the stress-relieved sample actually matched an age-hardened sample. The sample that was precipitation hardened was actually over-aged. Thus it was found that the DMLS process seemed to be acting as an aging process while simultaneously building the part. Further studies in examining specific effects of DMLS and how it impacts what order heat treatments should follow would be appropriate.

2010 The purpose of this paper is to determine the most‐practical means of transforming computer‐aided‐design models of custom clubfoot pedorthoses into functional pedorthoses for testing on patients in a clinical trial.